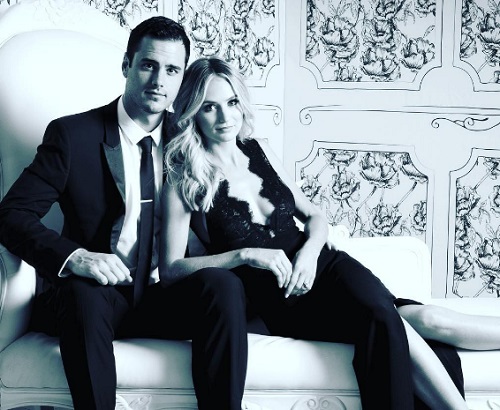 Ben Higgins and Lauren Bushnell have called off their televised wedding after their television show, ‘Ben & Lauren: Happily Ever After’ tanked in the ratings for the Freeform network. They are devastated by the news and the couple is just waiting to officially announce their breakup until the end of the season.

According to Life & Style, one insider even said, “They were banking on it being a huge hit and it completely flopped. After that, Lauren told Ben she’d had it with their relationship.”

In fact, things were so bad that the couple was fighting both on and off-screen these last several months. Not only were they left humiliated over low and dismal ratings, but also worried that their very well-planned wedding might not pay off for them the way they initially hoped.

Tune into @freeform tonight at 8pm for @benandlaurentv!

Ben and Lauren were hoping to cash in on their televised wedding but because very few fans showed any interest in them, their hopes of becoming long-term reality television stars and celebrities in the entertainment world have been all but crushed.

The Freeform network showed the couple going through intense therapy sessions in a two-hour installment of their show, in which Ben at one point even told Lauren that he still wants to marry her but simply wants to hold off on their plans for now.

Of course, every fan of ‘The Bachelor’ and ‘The Bachelorette’ will know that almost all couples from the hit reality television show have been hoping for a televised wedding during one point or another. Even Andi Dorfman and Josh Murray, who dated back in 2014 before abruptly ending their engagement six months later, hinted that they too would be willing to walk down the aisle in front of a camera crew.

Yet some fans have criticized the couple for wanting to move too fast with their wedding without properly getting to know one another first while others think shows such as ‘The Bachelor’ put on so much pressure for couples to get engaged that contestants are vilified by audiences if they don’t end up proposing. Clearly, many think that might just be the case between Ben and Lauren.

In @lauren_bushnell mind a picture is the most logical thing to do when you sit down to take a break from yard work.

Tell us CDL readers, are you surprised that Ben Higgins and Lauren Bushnell are no longer getting married? Do you believe they only planned on getting married in hopes that they could generate publicity and get paid for their televised wedding?

Let us know what you think in our comments section. Also, check back with CDL for all the latest news on Ben Higgins and Lauren Bushnell. 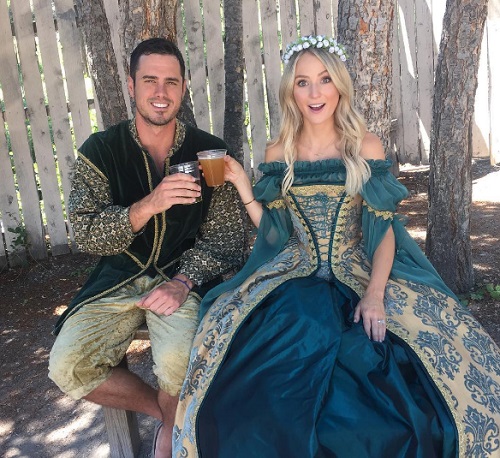