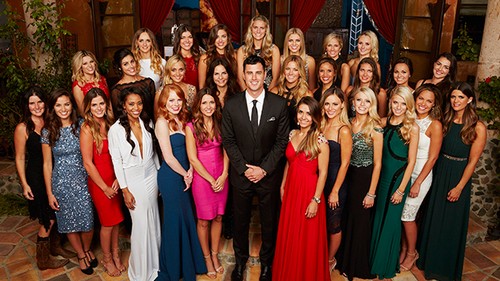 The Bachelor 2016 has officially kicked off – and that means the ABC producers are once again under fire for the predominantly white cast on the franchise which is not at all representative of America. Ben Higgins is going to be a great Bachelor, he’s young, charismatic, and has a wholesome image … and he’s also white. The casts on The Bachelor franchise shows look like American Network TV in the 1950’s.

Over the years, The Bachelor franchise has grown with leaps and bounds – and so has the number of disgruntled fans who think that the show and its spinoff The Bachelorette are completely racist.

Over 20 seasons of The Bachelor and The Bachelorette have come and gone- and not once has there been a lead on the show that wasn’t white. Sure, they always take careful precautions to cast at least 2 or 3 African American men or women to date The Bachelor or The Bachelorette – but they never seem to make it too far in the show.

ABC Entertainment Group president Paul Lee is very aware of the network’s “race problem” on the reality TV shows. He recently made a public statement teasing that this Spring there will most likely be a black Bachelorette. Who knows if he is serious, or just trying to quiet the disgruntled fans – but here is what he had to say.

At a press panel over the weekend Paul Lee announced, “We’re doing a whole lot of tweaks. We have the firm team, right, which allows us to then pick the next one. But I’d be very surprised if The Bachelorette in the summer isn’t diverse. I think that’s likely.”

The Bachelorette spoilers have already teased that ABC producers have had their eye on contestant JoJo Fletcher (who coincidentally is pals with former Bachelorette Kaitlyn Bristowe) as the 2016 Bachelorette. But, it looks like JoJo might actually not get the gig because she “isn’t diverse enough.” How ironic!

What do you think Bachelor Nation? Is it finally time for a Black Bachelorette? Or is ABC’s Paul Lee simply trying to appease everyone? Will he make good on what he said? Share your thoughts in the comments below and don’t forget to check CDL for all of your The Bachelor 2016 spoilers and news.

Check out the lead picture of The Bachelor 2016 cast – does that look America?