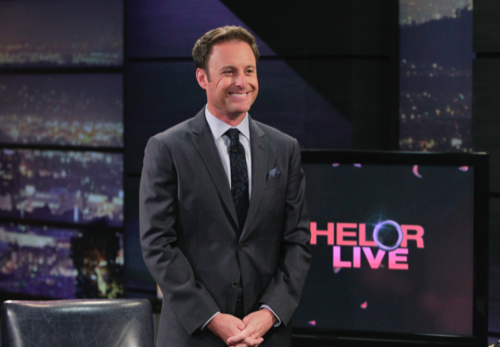 The Bachelor Live airs on ABC this evening with an all new Monday January 18, season 1 episode 3 and we have your weekly recap below. On tonight’s episode, the all the drama and events of the third episode of season 20 “The Bachelor” is discussed.

On the last episode, Bachelor Live featured Harrison discussing and dissecting the second episode of “The Bachelor,” alongside cast members and celebrity fans. The man who has seen it all as the host of “The Bachelor” franchise since the first rose ceremony took place over 13 years ago, Harrison presented questions and comments from viewers, debut deleted scenes, outtakes and exclusive extra content, all the while allowing members of #BachelorNation to have their say. Did you watch the last episode? If you missed it, we have a full and detailed recap right here for you.

On tonight’s show as per the ABC synopsis, “Harrison will be discussing and dissecting the second episode of “The Bachelor,” alongside cast members and celebrity fans. Joining Harrison will be Paul Tompkins, Paget Brewster and bachelorette Lace.”

We will be live blogging tonight’s second episode of the The Bachelor Live. So come back tonight at 10PM for our live recap of tonight’s episode. While you wait for the recap, hit the comments and let us know how excited you are for this season of The Bachelor Live!

Tonight’s episode of Bachelor Live kicks off with host Chris Harrison. He introduces his special guests, actress Paget Brewster, TV host Paul Tompkins, and Bachelor coupe Molly and Jason Mesnick. Paget is a super Bachelor fan – in December she actually took a trip to the Bachelor In Paradise set, she even met Jorje the bartender.

First up, Chris ask what everyone thought of Jubilee tonight. Jason Mesnick says that Jubilee is his favorite, and if Ben doesn’t pick her then she should definitely be the next Bachelorette. Molly explains that the atmosphere in the house is crazy when you are on The Bachelor. The girls are like pirannhas and just waiting for any reason to tear each other apart.

Now, Chris Harrison brings out another guest – Lace. Lace insists that she is not crazy ( we beg to differ), but Chris Harrison says that she redeemed herself on tonight’s episode before she left on her own accord. Lace agrees and admits that she wishes that she hadn’t drank so much while they were filming – that was definitely her biggest mistake.

Chris Harrison shares a never before seen clip of Lace from The Bachelor. She laughs and explains that she really has been “working on herself” since she left the show – just like she said she was going to. Lace has laid off the booze and has gone to therapy. A fan calls in to the show and asks Lace who her friends were wile she was living in the Bachelor hours. Lace reveals that she actually was very close to Rachel and Amber – and they even put letters in her suit case the night that she left the house.

Chris asks Lace what he thought about Becca and Amber joining the show after being on last season. Lace doesn’t think it was fair – especially in Becca’s case because she made it all the way to the final two and she already had her shot at love. Lace says that if she was given the chance to join another season – then she would say “no” just because it isn’t fair to the other girls.

There are some more special guests joining Chris Harrison – Gil and George, hilarious theater gurus. They joke about googling Olivia’s ugly toes. Then, Nick announces that his favorite girl on the show was actually Lace because she was so crazy – then he gets down on one knee and asks her to marry him. Things are getting crazy on Bachelor Live tonight!

Tonight’s episode of Bachelor Live ends with a sneak peek of Episode 4 – Olivia has a breakdown and sobs in the bathroom and says she wants to leave the show. Looks like Lace wasn’t the only crazy one on the show.