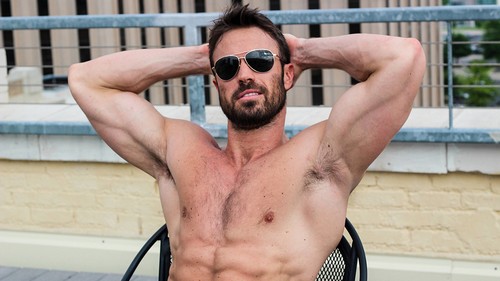 The Bachelorette spoilers over the years have revealed that quite a bit of what goes down on the reality TV show is totally staged – but according to Season 12 Jojo Fletcher’s infamous contestant Chad Johnson, the beef between him and Jojo’s rumored winner Jordan Rodgers was 100% real. And, Chad has nothing nice to say about The Bachelorette 2016 winner (according to Reality Steve’s spoilers).

TMZ caught up with Chad Johnson at Venice Beach, and Chad was happy to sing like a canary about how much of a tool he thinks Jordan Rodgers is. If you have been watching Season 12 of The Bachelorette, then you know that Chad had a slight altercation with Jordan Rodgers before he left the show. Jordan tried to be the bigger guy, and bury the hatchet, but Chad wasn’t having it.

Chad dished to TMZ that Jordan Rodgers is “full of sh**” and “everything that comes out of Jordan’s mouth is bulls**t.” Chad went on to say that Jordan Rodgers was just trying to “look good for the cameras” an that’s why he offered to shake Chad’s hand before he left.

Chad’s insane…but we’re going to have to agree with him about one thing, Jordan Rodgers has definitely been putting on a show for the cameras, but Jojo Fletcher doesn’t seem to see through it.

Usually disgruntled Bachelorette contestants don’t start throwing shade in the media until after the final rose ceremony, due to contract obligations, but Chad Johnson doesn’t seem to be too worried about any legalities. Of course, he didn’t exactly leave the show on the best of terms with anybody, even the producers.

So Bachelorette fans, do you think that Chad Johnson’s theory is accurate and Jordan Rodgers is just showing off for the cameras? Or is he a good guy? Let us know what you think in the comments below and don’t forget to check CDL for all of your Bachelorette 2016 spoilers and news.