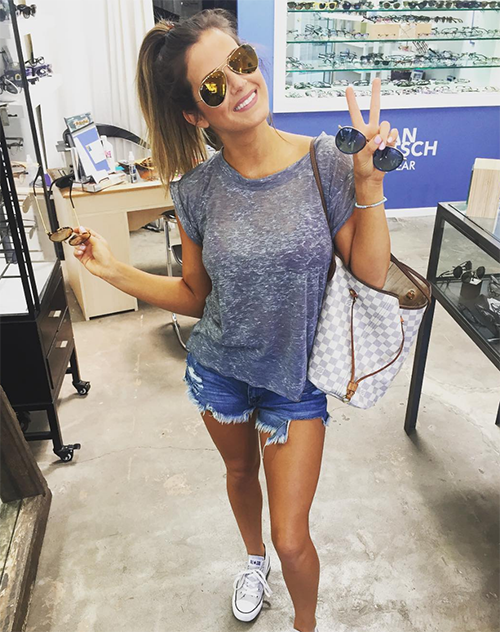 The Bachelorette 2016 spoilers tease that the “Men Tell All” episode of Season 12, starring Jojo Fletcher and her exes, is not one that you will want to miss. Every season of The Bachelorette, the castoffs take the stage and share their thoughts on their eliminations and have chances to confront each other and, in this case, Jojo Fletcher. According to The Bachelorette spoilers, all hell will be breaking loose tonight on the “Men Tell All” episode when Chad Johnson, this season’s villain, takes the stage.

Chad Johnson certainly made Season 12 of The Bachelorette an interesting one. Since the Season 12 premiere, Chad Johnson rubbed the other guys on the show the wrong way, and he was in several altercations before Jojo Fletcher finally set him packing. In Chad’s defense, he is a total tool, but some of the guys definitely antagonized him (cough, Alex and Evan).

Since Chad Johnson was eliminated from The Bachelorette Season 12, he vowed to get revenge on the other guys and expose them, and he is certainly a man of his word. Chad has hung out with not one but TWO of the guys’ ex-girlfriends. And, Bachelorette 2016 spoilers tease that when Chad Johnson takes the stage at the “Men Tell All” episode on ABC tonight, he will have a lot to say about it.

If you follow Chad Johnson on social media, then you know that he was hanging out with Grant Kemp’s ex-girlfriend and Robby Hayes’ ex girlfriend Hope. Yes, the same ex-girlfriend that Robby and Jojo just had a serious chat about.

In an all new “Men Tell All” spoiler video, Chad Johnson takes the hot seat next to host Chris Harrison. Chad brags, “I like to let girls know that it’s better to date guys that are honest than date guys that pretend to be good guys and in the end are going to screw them over.” Grant Kemp is also on the MTA, and he snaps back at Chad, “You’ve gone so far out of your way to make us react to your bulls—t. You can have both of those girls … It makes you guys look so thirsty. It’s a joke.” Yikes!

Also, the Bachelorette 2016 spoilers tease that last night’s eliminated guys, Chase McNary and Luke Pell, will also take the stage. Both Luke and Chase were totally blindsided when Jojo Fletcher eliminated them, and they are both considered the frontrunners for next season of The Bachelorette. It will certainly be interesting to see what they have to say as well.

So Bachelorette fans, are you excited for the “Men Tell All” episode? Let us know in the comments below and don’t forget to check CDL for all of your Bachelorette 2016 spoilers and news!