The Bachelorette 2016 Spoilers: Are JoJo Fletcher and Luke Pell Engaged, No Final Rose For Jordan Rodgers? 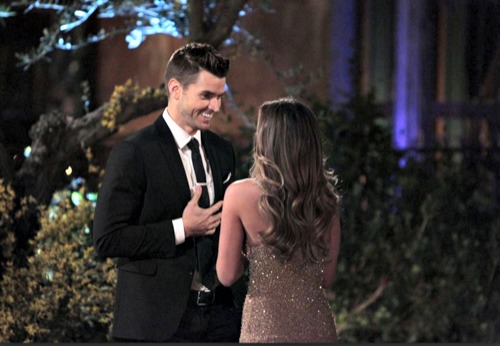 The Bachelorette season 12 has been a hot mess. From Chad Johnson’s violent outbursts, cheating allegations from Jordan Rodgers’ ex-girlfriend splashed all over the Internet and Brandon Howell’s shady past, so far JoJo’s options to find the right guy have been very slim. This group of guys is truly the worst bunch of bachelors ever.

But there is one guy who really stands out. Luke Pell is a West Point graduate which means the guy’s smart, maybe even brilliant A very small percentage of applicants are accepted at the prestigious military academy.

It certainly seems that Chris Harrison likes Luke very much! In his weekly Bachelorette blog the host praised Luke for opening up to JoJo about his past. “He’s been through a lot while defending our country and I, too am grateful for his service.”

It’s not a complete ringing endorsement for Luke Pell but Chris went on to say, “Luke really became a front runner on the [Dan + Shay] date. I’m sure we’ll be seeing much more of him in the coming weeks.” Well, Luke’s going to be around for a while and that’s according to Chris Harrison who knows all.

Nothing negative has come out of Luke’s past to haunt him that we know of at this time. When JoJo Fletcher met the former platoon leader in Afghanistan she called him a big, sexy hunk of a man and couldn’t stop commenting on the size of his hands.

The West Point alum is now an entrepreneur and songwriter. So far all Jordan Rodgers has going for him is he’s a failed, sorry former, NFL quarterback. Oh, and his brother is Green Bay Packers Aaron Rodgers. Other than that no one is quite sure what Jordan has done since his brief stint in the NFL.

Choosing Luke as the man to give her final rose JoJo Fletcher may find the real deal. The rest of these bachelors, including Jordan, appear to be on the Bachelorette to grab their 15 minutes of fame.

Luke just wants to fall in love, get married and start a family. Fans will just need to wait and see if Luke Pell or Jordan Rodgers is who won The Bachelorette 2016 gets that final rose from JoJo Fletcher. Come back to CDL for all your Bachelorette spoilers, updates and news.