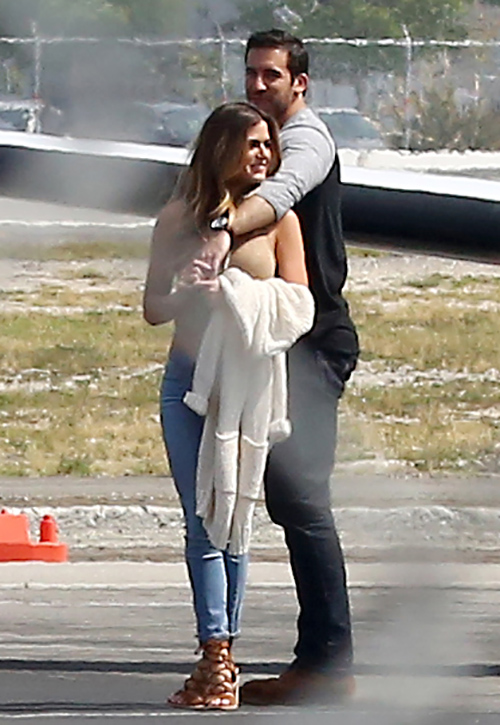 The Bachelorette 2016 spoilers tease that Ben Higgins’ ex, Jojo Fletcher, is still busy filming Season 12, and narrowing down her search for a husband. Jojo’s Bachelorette premiere date is scheduled for Monday, May 23. Spoilers have been leaking in steadily regarding Jojo’s dates for about a month now – and according to Bachelor blogger Reality Steve’s spoilers, Jojo has narrowed her search for love down to the final six guys. And, one of them could be her future husband!

The Bachelorette 2016 spoilers have teased since Jojo began filming Season 12 that Jordan Rodgers will be the guy to watch, and he is the frontrunner this year. Reality Steve indicates that the odds of Jordan Rodgers NOT making it the final two are slim to none. As of Friday, April 15, Jojo Fletcher was in Argentina with her final five guys. Along with Jordan Rodgers, the remaining contestants include Wells Adams, Luke Pell, James Taylor, and Robby Hayes.

According to Spoiler King Reality Steve, Jojo Fletcher is expected to have one more rose ceremony in Argentina – and then The Bachelorette will fly back to the States with her final four guys and kick off hometowns. After Jojo meets the final our guys’ families, she will send another contestant home and then it will be time for the coveted overnights in the Fantasy Suites. The Bachelorette 2016 rumors tease that the Fantasy Suite dates may take place in Thailand this year, though nothing is concrete yet.

Word on the internet is that Jojo has basically informed production that Jordan Rodgers is the man for her – at this point she is just going through the motions, and fulfilling her contract obligations with ABC. However, stranger things have happened on the reality TV dating show, so there is a chance that Jojo Fletcher may surprise everyone and wind up getting engaged to someone else. If not, Chris Harrison and his crew are going to have to do some very creative editing to make this season appear more interesting than it actually is.

So, are you as excited as we are for The Bachelorette? Have you been following the Season 12 spoilers? Let us know what you think in the comments below and don’t forget to check CDL for all of your Bachelorette 2016 spoilers and news!