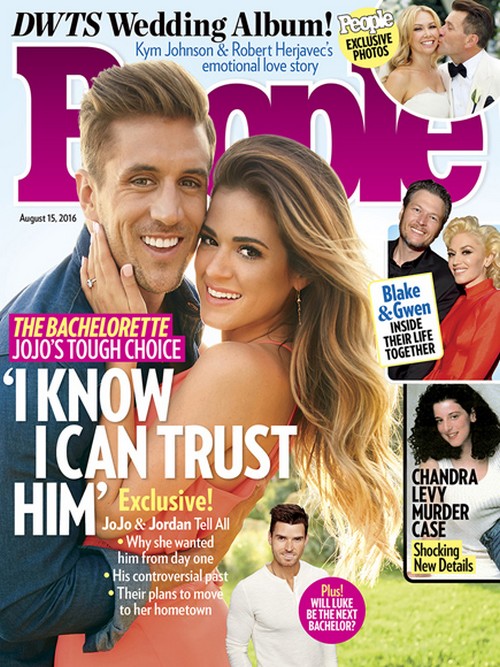 The Bachelorette 2016 star was recently engaged on the season finale to star JoJo Fletcher and the two have been publicly vocal about their happiness and mutual love. Rumors persist, however, that Jordan Rodgers only became a contestant on The Bachelorette for fame and that his engagement to JoJo Fletcher is little more than a publicity stunt.

Jordan Rodgers responds to these claims of fame-mongering by saying “I definitely wasn’t on the show for fame. My goal every step of the way was to be open and honest with JoJo and let myself fall in love.”

Jordan Rodgers has also had to contend with cheating rumors. Back in June, JoJo Fletcher confronted Jordan Rodgers about rumors he had cheated on an ex-girlfriend on an episode of the hit show. Jordan responded “I’ll be the first to admit I was awful and wasn’t the best person to be around at the time.”

The reality star is now addressing how the ongoing rumors have hurt him, telling People Magazine that “it hurts because judgement and integrity are things that you build and try to maintain over a lifetime, and it just takes one person [saying something] out of malice that makes news.”

The reality star also says that he is being unfairly stereotyped because of his former football career and famous estranged brother, Green Bay Packers quarterback Aaron Rodgers: “everyone likes to categorize professional athletes. For someone who plays quarterback, let alone has the name recognition, it’s something I’m always fighting every step of the way.”

Jordan Rodgers has an estranged relationship with brother Aaron Rodgers and his girlfriend Olivia Munn. Neither approve of his engagement to JoJo Fletcher and are even refusing to meet his bride-to-be. On his family drama with Aaron Rodgers, Life & Style magazine reports that the source of the feud is Aaron Rodgers’s girlfriend Olivia Munn and that the feud between the brothers worsened when Jordan publicly discussed his problems with his brother on an episode of The Bachelorette.

Do you think Jordan Rodgers is being unfairly portrayed because of his famous name and football career? Did he appear on The Bachelorette because he wanted to find love or was he just hungry for more fame? Tell us what you think about the reality star in the comments below and come back to CDL for all your Bachelorette news and views!