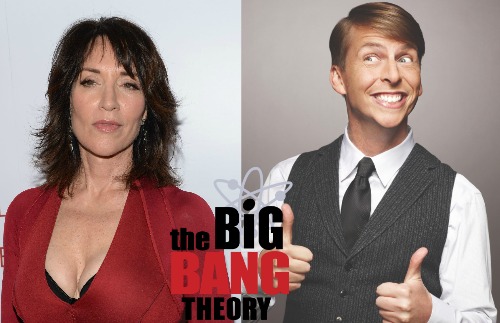 The showrunner revealed, “We’re going to be meeting Penny’s mom and her brother in the first episode back. We’re super excited that Katey Sagal will be playing Penny’s mom.”

According to ‘TBBT’ spoilers for season 10, Susan is “stressed out and neurotic from a life with her troubled son.” That would be Randall, who is described who is fresh out of prison and is described as “a cheerful former drug dealer and ex-con.”

Executive producer Steve Molaro is happy with the choice of Jack McBrayer to portray Randall. “We needed to find the right person to get this. I think we did a pretty good job on the casting.”

Of course, this isn’t the first time Katey Sagal and Kaley Cuoco have been paired as mother and daughter. From 2002 until 2005 Katey portrayed Cate, mom to Bridget [Kaley Cuoco], Kerry [Amy Davidson] and Kyle [Billy Aaron Brown] on the ABC comedy ‘8 Simple Rules.’ John Ritter starred as Paul, the patriarch of the Hennessy family, until his untimely death in 2003.

‘TBBT’ spoilers reveal that Penny is considering a job change but that the movie ‘Serial Ape-ist’ has developed somewhat of a cult following and Penny finds a new and unlikely moneymaking venture signing autographs for fans.

Things should get interesting when ‘The Big Bang Theory’ returns for season 10 on Monday, September 19 at 9 p.m. on CBS.