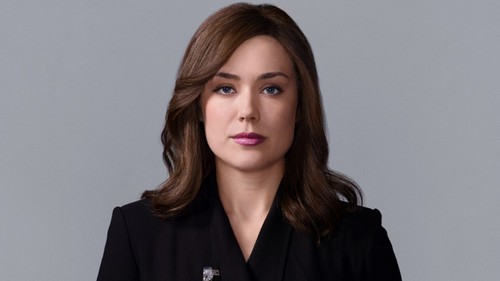 And, tonight’s episode of the NBC drama could shed some light on those questions.

The Blacklist Episode 21 spoilers tease we will learn all about Susan Hargrave, aka Scottie, and what her super secret agency, “Halcyon Aegis.” Amir Arison, who plays the part of Aram, revealed in an interview with Entertainment Weekly that Hargrave is responsible for Elizabeth Keen’s death. Arison dished, “Look, Halcyon is messed up. Solomon is one of their agents. They were the ones [behind] the attempted abduction of Liz Keen, which eventually caused her death, and they were willing to shoot any one of us on the way there.”

Recent The Blacklist spoilers have teased that Susan Hargrave is a force to be reckoned with – and an adversary opponent for James Spader’s character Raymond Reddington. How much like Red is Scottie though? Was she able to successfully pull of an Elizabeth Keen death hoax too?

A popular theory among Blacklist fans is that Elizabeth Keen was administered some sort of drug during the birth of her daughter that slowed her pulse and heart beat down to a crawl, convincing everyone that she was dead.

Perhaps Scottie and Solomon realized that there was no way in hell Reddington and the FBI was going to let them get their hands on Liz, unless they loosened security because they thought she was already dead. But, that still begs the question, why did Scott and Halcyon Aegis want Liz Keen alive?

Were they hired by her not-so-dead mother Katarina to bring Elizabeth back to her, by any means possible, even faking her death?

What do you think Blacklist fans? Will we see Megan Boon on The Blacklist finale or on season 4? Share your thoughts and theories in the comments below and don’t forget to check CDL for all of your The Blacklist 2016 spoilers and recaps.