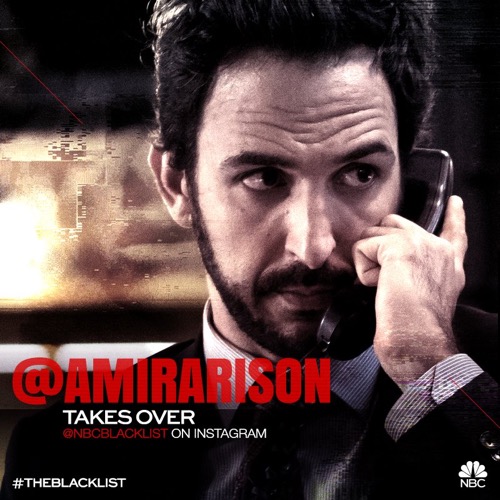 Tonight on NBC their criminal drama, The Blacklist starring James Spader continues with an all new Thursday April 7, season 3 episode 17 called, “Mr. Solomon.” On tonight’s episode, part 1 of 2, thieves target a tactical nuclear weapon, so the team races to stop them and prevent a nuclear disaster.

On the last episode a State Department official was killed in Beijing, leading Red and Liz to “The Caretaker,” a shadowy keeper who maintained a safety-deposit vault for criminals. Also, Tom made a risky decision, and Liz continued her quest to learn more about her mother. Did you watch the last episode? If you missed it, we have a full and detailed recap right here for you.

On tonight’s episode as per the NBC’s synopsis, “part 1 of 2 hieves target a tactical nuclear weapon, so the team races to stop them and prevent a nuclear disaster. Meanwhile, a decision could alter Tom and Liz’s relationship forever.”

Tonight’s episode of The Blacklist kicks off with an FBI motorcade transporting a prisoner – the US Marshal taunts the prisoner in the back of the van, he says Ms. Hitchins doesn’t like loose ends and he isn’t going to Leavenworth. The van pulls over and the marshalls all file out – they plan to shoot and kill the prisoner (Solomon), but before they get a chance, a sniper shoots and kills all of the officers and Solomon escapes.

At their apartment Elizabeth and Tom are arguing over their wedding plans, and Elizabeth is looking VERY pregnant these days. Elizabeth wants to get married today – Tom thinks they should wait a few weeks and make sure that everything is planned properly. Liz doesn’t want to wait any longer though, she whines that if she gets any bigger Tom is going to have to wheel her down the aisle.

Elizabeth pays Red a visit later and learns that Solomon escaped from custody. Red says that the Kabal isn’t behind it, they have no idea who was. It gets even worse – Solomon has reached out and is sniffing around and looking for some nuclear warfare. Red tells Elizabeth she is going to have to delay her wedding – they need to stop Solomon before he gets his hands on any nukes. Elizabeth tells Red that she is not delaying her wedding, but she will let the task force know what is going on.

At the FBI office, Harold briefs Ressler and his team on Elizabeth’s news – then she tells them that she is getting married that afternoon. She tells the team that they need to work the case, she will understand if they can’t make it to the wedding and she won’t be upset. Elizabeth wants Harold to get ordaine online and officiate the wedding for her.

Tom is out running around and putting the final touches on their wedding preparations – he found a chapel and is off to get flowers. Little does he know that his ex-girlfriend is tailing him, and she looks like she is on the verge of a meltdown.

The US Navy is in the process of transporting some super sensitive nuclear warfare, and according to Red’s sources, Solomon and his new team are going to hit the shipment and steal the nukes. While Harold is trying to get some traction with the NAVY. While Harold is reaching out to his contacts, he learns that a research center in Baltimore was robbed earlier that day, and a task force stole equipment that they will need to shield themselves from radiation when they steal the nukes.

Ressler and Samar rush to the lab in Baltimore and look at the security footage. Sure enough one of the men that stole the radiation equipment is Solomon. And, he has a mysterious woman with her. Ressler sends a photo of the woman to Aram to try and get an ID. It turns out she is ex-Navy and worked on the nuclear defense team – she goes by the name of Harper Waters.

Ressler and Navabi rush to a motel in Baltimore where Harper was checked in – as they are making their way down the hallway with the swat team – someone in the hotel room opens fire on them. All hell breaks loose and Harper tries to make a run for it. Navabi manages to capture her in the parking lot.
Back at headquarters – Harper is driving a hard bargain. She wants to cut a deal, she wants full immunity and no jail time, and she promises to tell them everything they need to know about Solomon’s attack.

At Tom and Elizabeth’s apartment – he has a visitor, his girlfriend Gina and The Major (his handler). The Major is furious that Tom turned his back on them and fell in love with Elizabeth, after she was supposed to be his target. The Major plans to shoot and kill Tom execution style. He makes Tom get on his hands and knees, seconds before he pulls the trigger, Gina shoots and kills the Major and saves his life. She kisses Tom and tells him that he is her ‘greatest disappointment” and then she storms out, leaving the Major lying dead on his kitchen floor.

Harper tells Ressler that Solomon and his team are going to wait until the NAVY convoy is about to pass over a bridge and blow it up. Once traffic stops, Solomon and his men are going to hit the convoy hard – with enough fire power to take down the whole state. Ressler rushes to get strapped up for battle, he tells Navabi that he has enough back-up, he tells her to go to Elizabeth’s wedding.

Meanwhile, Elizabeth is getting dressed for her wedding. Red pays her a visit and begs her not to go through it. He warns Elizabeth that Tom is not the guy that she thinks he is, he is “fundamentally honest.” While Red and Liz are bickering over whether or not Tom Keen is a horrible person – he is disposing of the Major’s body. Elizabeth kicks Red out and tells him that she doesn’t want him at the wedding. After Red leaves, Harold arrives and comforts Liz and gives her a pep-talk about trusting Tom and taking a leap of faith.

Red is riding around in his car with Dembe and he has an epiphany – he thinks that it was too easy, Herper Waters is setting them up. It’s kind of suspicious that Solomon and all of the other men got away at the motel, but Harper surrendered.

Tom shows up at the chapel before the wedding, he comes clean to Liz and tells her all about Gina and Major at their apartment. He explains that the Major is dead and he got rid of the body. He would understand if Liz doesn’t want to marry him – but she doesn’t mind all of his baggage, she has quite a bit of baggage on her own.

Ressler and his men rush to the bridge where a van is rigged to explode, according to Harper, but when they arrive the van is completely empty and there is no bomb there. Red and Dembe do some detective work of their own – Red learns that Harper was just a sacrifice, this is all a rouse to make sure none of the FBI agents were going to be at Elizabeth’s wedding. Solomon created this entire diversion and pretended to be after the nuclear warfare so that he could take out Elizabeth at her and Tom’s wedding.

Elizabeth and Tom gather at the altar, with Harold there to officiate. Red calls Ressler and tells him to meet them at the church – meanwhile Red arrives outside of the church with Dembe and a few men and bags full of guns. They guard all of the doors at the church so that no one can get inside. Red rushes in to the church and interrupts the wedding and tells Elizabeth that Solomon is coming for her – somone contracted him to kidnap her.

While Red is inside the church, Solomon and is cars full of men arrive. Everyone takes cover behind the church pews, they can hear gun shots outside. Harold receives phone call from Solomon, he tells Red to send Elizabeth out. Solomon says he was instructed by his new boss to bring in Elizabeth. Solomon prepares to send his men inside. He tells them to take Liz alive, but they can kill anyone else. Meanwhile inside, Elizabeth wants to go outside – she thinks that Solomon was hired by her mother, and she wants to meet her. Red argues that her mother is dead, she didn’t send for her.

Solomon has nearly 30 armed men outside of the church – he has them open fire and bulletts start flying through the windows. Everyone inside lays low on the ground, and Red tries to pass out guns. Meanwhile, the organ player was shot and Aram is trying to keep her alive. Solomon’s men start running through the doors and Ressler arrives and helps Red shoot them. Tom and pregnant Elizabeth make a run for it. Ressler covers them while they get in the “Just Married” car and drive off in to the sunset.