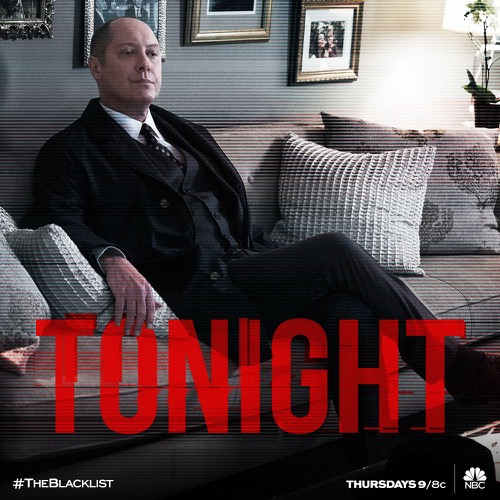 Tonight on NBC their criminal drama, The Blacklist starring James Spader continues with an all new Thursday May 12, season 3 episode 22 called, “Alexander Kirk.” On tonight’s episode, Part 1 of 2. Red (James Spader) and the task force continue to seek revenge as they inch closer to the mysterious criminal behind recent tragic events.

On the last episode Red connected an elegant yet dangerous woman to recent tragic events, leading the task force into a perilous cat-and-mouse game. Did you watch the last episode? If you missed it, we have a full and detailed recap right here for you.

On tonight’s episode as per the NBC’s synopsis, “part 1 of 2. Red and the task force continue to seek revenge as they inch closer to the mysterious criminal behind recent tragic events, but they must work outside the law in order to succeed.”

Tonight’s episode of The Blacklist kicks off with Susan Hargrave, she takes a cab in Indonesia, and shows up on the doorstep of a shady warehouse. She meets with Karokaro, the Palmer Family hired her to negotiate with him because he kidnapped their daughter and was holding her for $1 Million Ransom.

Susan tells Karokaro that she won’t be paying the ransom, she already has Palmer. When Susan was rescuing Mrs. Palmer, she kidnapped Karokaro’s brother – she tells him that he can have his brother back for $3 Million. He pays her in cash and she gets back in her cab.

Tom heads home and Red is waiting in his apartment. Red wants to talk about Baby Agnes, he says that he has unlimited resources to help Tom take care of it. Tom doesn’t want to talk about nannies, he demands answers. Red confesses that he got to Susan Hargrave, and explains that she was hired by Alexander Kirk. Tom wants to help Red talk down Alexander Kirk, he tells him that if he lets him help, he will let Red help with Agnes.

At the FBI, Red briefs the team on Alexander Kirk, and explains that he is the one that hired Susan Hargrave. Red thinks that they should work with Susan Hargrave, and she can lead them to Alexander Kirk. Harold is skeptical – but Red says that Susan is a brilliant strategist and they need her help.

Red meets with Susan later to discuss strategy. She thinks the way to get to Kirk is through his finances, he just purchased a Super Pak to support Senator Diaz’s bid for Presidency, it’s more than $300 Million. Red laughs and says, “Robbing the next President of the United States, this is going to be a gas.”

Tom heads to the hospital to see Agnes and he finds Susan Hargrave sitting in Agnes’s room, holding the baby. Tom takes the baby back from her, and accuses her of killing Elizabeth. Susan corrects him and says that it was Alexander Kirk. Susan gets soft for a moment, and reveals that she lost a child, she hopes Tom never experiences that pain. Susan leaves – and says that she will have Solomon pick him up in 10 minutes, they have a lot of work to do.

Solomon picks up Tom and they board a chopper – they head to a privately owned army tactical center in the middle of nowhere. Solomon takes him down under to a secret hub where Rowan is waiting – Samar, Ressler, and Harold are already there. They sit down to talk plans – the $300 Million that Alexander Kirk is spending on Diaz’s campaign is sitting in a bank in Manhattan. And, Susan’s team wants to rob the bank – Harold and Ressler are reluctant to break that many laws. Susan points out that they work with Red.

Rowan, Solomon, and Tom head in to the banks with their guns – Rowan takes the manager to the back vault. They had no intention of hurting anyone. But, there is apparently an undercover NYP cop who wants to be a hero. Solomon shoots him in the arm, and the bullet hits a little girl who is hiding under a desk. Tom feels horrible, he insists on bringing the wounded little girl and her dad with them in the getaway car. Tom races her to an ambulance – and they had the little girl over to the EMT’s. Then, Rowan blows up their getaway car to destroy the evidence.

The police arrive at the bank, followed by Ressler and Samar – they use their FBI badges to get in to the bank. While Ressler is talking to the manager about the robbery, Samar slips away and heads in to the server room – she plugs a flashdrive in to the servers so that Aram can hack in and transfer Diaz’s money.

Tom heads back to the hospital to check on Agnes and she is gone, the FBI is taking photos of her room. He freaks out and runs to Susan’s, she is holding a dinner with Diaz and some other politicians. Tom corners Susan in her office and chokes her and demands to know where his daughter is. A Nurse appears holding the baby. Susan says that she got word that Kirk was on the move and she was coming after Agnes, so she had her people rush to the hospital and get Agnes. Susan tells him his daughter is safe and getting the medical attention she leaves, then heads back downstairs to deal with Diaz.

Transferring the money is easier said than done – even after hacking through the password, Aram realizes that they need a retinal scan of Kirks financial advisor Pruitt’s eyes. Pruitt is staying at the Turkish Embassy as a guest of the ambassador. Tom gets arrested with a Turkish ID on purpose so that he will be taken to the embassy. He escaped from the room where he is being held and searches the embassy for Pruitt. He grabs a coat and poses as a waitor and begins searching the dinner room.

Tom finds Pruitt and creates a commotion so that he can slip something in his jacket pocket, he switches his cigarettes with some sort of poison. Pruitt drops to the floor and starts clutching his throat. They call 911 and the ambulance arrives – driven by Rowan and Solomon. They grab Pruitt and Tom, and race off.

Tom over drugged Pruitt, and his pupils are too small for the retina scan to pick them up. They stop at a pharmacy to get eye drops that will dilate his pupils, meanwhile the cops are searching for the ambulance. While Solomon and Tom are in the pharmacy, they start arguing over Elizabeth’s death and whether or not it was Solomon’s fault. Tom shoots him in the stomach and leaves him on the floor for dead and runs back to the ambulance. He manages to get the retinal scan off Pruitt’s eyes and Aram transfers the money in the nick of time.

Scott heads to Senator Diaz’s house – he is freaking out on the phone, he just found out that his campaign was robbed of $300 Million. Raymond Reddington shows up and taunts Diaz – Scott reveals that she is the one that took his money. Red tells Diaz to call Alexander Kirk. Red takes the phone and tells Alexander that he has his money and his Senator – Alexander Kirk laughs, “but you don’t have me” and hangs up the phone.

On to Plan B, Red tells Diaz that tomorrow he is going to hold a press conference and announce that he his Congressional Committee will be investigating the legitimacy of

Alexander Kirk’s finances – to bring him out of hiding. Susan says that once he gets them Kirk, they will give him the campaign money back. Diaz scoffs that he will “not be an accessory of murder.” Meanwhile back at the FBI office, Harold is starting to see a problem in the grand scheme of things. He points out that it used to be Alexander Kirk controlling the future President, now Reddington is controlling the future President.

Tom heads to the church with baby Agnes for her Christening, Harold, Ressler, Samar, and Aram meet him there. Afterwards, Tom takes a gun and heads to Susan Hargrave’s house – he is going to kill her. Red calls him to stop her, Tom says that now that they have Kirk’s money, they don’t need her anymore. Red tells Tom not to do it…Susan Hargrave is his mother. Tom is shocked, Red explains that Susan thinks her son is dead, she has no idea that he is still alive, and that he is Tom. Susan arrives and Tom hangs up.

Susan sees Tom looking at the photos of her son and she gets teary-eyed, she says that her son disappeared 28 years ago. Her and her husband had too much to drink one night, and when they woke up in the morning – their son was gone. Susan changes the subject, Tom says he isn’t going to kill her, so she asks him to come work for her. Tom says he is “sorry” and rushes out of the house.