The Blacklist Season 4 Spoilers: Elizabeth Keen New Love Interest, No Happily Ever After For Tom and Liz – Megan Boone Back

BY Amanda Austin on May 31, 2016 | Comments: Leave Comments
Related : Spoiler, Television, The Blacklist 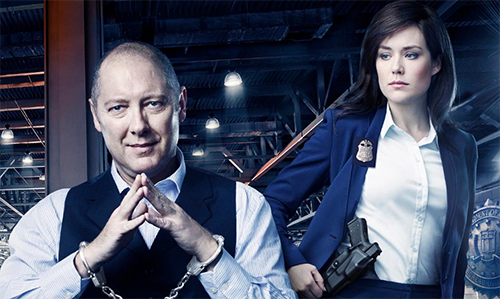 The Blacklist 2016 spoilers recently revealed that Elizabeth Keen (Megan Boone) is very alive, and will be in Season 4 of the NBC drama – but don’t expect Tom Keen (Ryan Eggold) and Liz to get the happily ever after fans think that they deserve. Tom, Liz, and baby Agnes were recently kidnapped by the man claiming to be Liz’s father – Alexander Kirk. Although, their lives may not be in jeopardy, Tom and Liz’s marriage very much is.

When it was revealed that Liz Keen was alive, Blacklist fans were thrilled that Tom and Liz were finally reunited with their newborn baby girl. But, the reunion will be short lived. The Blacklist executive producer John Eisendrath recently shared some Season 4 spoilers with Entertainment Weekly, and it doesn’t look good for Tom and Liz.

As Blacklist fans know, Tom will be jetting off with his mother, Susan Hargrave (Famke Janssen), on his own spinoff. Spoilers indicate that Tom Keen will be prominent in the first few episodes of The Blacklist, however, he will be leaving Liz and baby Agnes.

Eisendrath dished to Entertainment Weekly that the “audience can relate to with obligations of parenting and desires to find out truths about themselves that might pull them apart from each other.” The producer went on to make it very clear that they had no intentions of turning The Blacklist in to a show that followed a “domestic situation” – and fans should not expect to see Tom and Keen living happily ever after and playing house.

Obviously, Tom jetting off with Susan Hargrave opens up a whole new range of storylines for Liz on Blacklist. Will she have a new love interest, how will she handle life as a single mom?

So Blacklist fans, what do you think of Tom and Liz’s complicated relationship? Do you think Liz will be paired up with a new guy? Were you hoping to see them raise Agnes together? Share your thoughts and theories in the comments below!