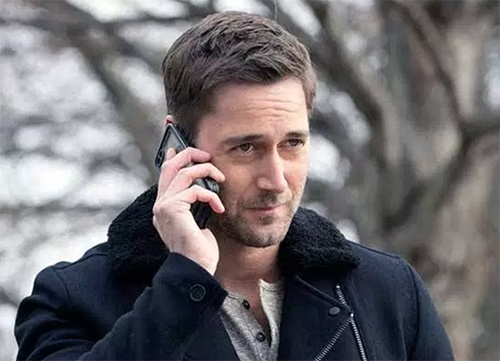 The Blacklist spoilers tease that NBC has a Blacklist spinoff in the works. The new series will follow the story of Tom Keene, played by actor Ryan Eggold, and his new daughter, Agnes. When news broke earlier this month about a Blacklist spin-off, fans were obviously confused. Why would Tom Keene leave the main show when he and Elizabeth Keene (Megan Boone) were getting married and having a baby? Now, after Elizabeth’s shocking death on The Blacklist, the spin-off is starting to make sense to fans of the NBC drama.

Although the jury is still out on whether or not Tom’s wife (almost) Elizabeth Keene is really dead, it looks like Tom is getting his own spinoff, and most likely taking his new daughter Agnes with him. According to a report from TV Line, Eggold will be the central character on the new NBC drama, and he will be joined by How To Get Away With Murder alum Famke Janssen, who played Scottie on the ABC drama. Also, the big bad Solomon will be a series regular on the new show – probably setting his sights on the baby since Elizabeth Keene is no longer available to be kidnapped.

The Blacklist spoilers tease that Famke’s new character will be introduced in the May 5 episode of The Blacklist, and the May 12 episode of the NBC drama will serve as the introduction to the new spinoff. Word on the internet is that Famke’s character will be a new love interest for Tom Keene. Here’s to hoping Liz’s death was not a hoax – because she is not going to be a happy camper when she returns and finds out that Tom moved on that quickly, and a new woman is helping him raise their daughter.