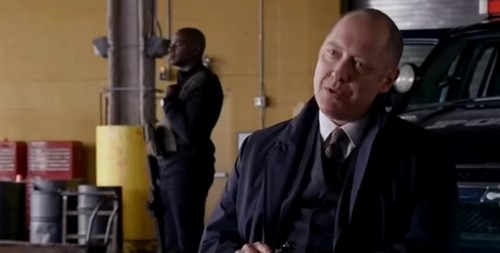 ‘The Blacklist’ 2016 spoilers tease that Season 3 Episode 21 ‘Susan Hargrave’ will not be one to miss, the all new episode is set to air on NBC on Thursday, May 5. On Episode 20 we were briefly introduced to Famke Jannsen’s new character – it was revealed that she was not only linked to the Artax Network and possible behind Elizabeth Keen’s death, but also may be working with the FBI as well.

Tom Keen informed Harold Cooper that he thought the mystery woman was Elizabeth Keen’s not-so-dead mother Katarina, but according to The Blacklist spoilers, her name is actually Susan “Scottie” Hargrave, which Episode 21 is appropriately named after.

However, that doesn’t totally rule out her being the Russian spy that gave birth to Liz, she may have assumed a new identity.

The Blacklist 2016 spoilers for Episode 21 tease that Raymond Reddington is BACK, and James Spader’s character is ready to avenge Liz Keen’s death. In the explosive new promo video, Red can be seen confronting Susan Hargrave. Red threatens, “Elizabeth Keen is dead…and that means you are too.”

But, we know that Famke Janssen’s character won’t be killed any time soon, and spoilers indicate that Episode 21 of The Blacklist will actually serve as a pilot episode for Ryan Eggold’s spinoff – which is currently in the works at NBC.

Reports have indicated that both Tom Keen and Susan “Scottie” Hargrave will be the lead characters in the new drama being developed at the network.

The official synopsis for Season 3 Episode 21 teases, “When Reddington (James Spader) links an elegant, powerful and extremely dangerous woman to the recent tragic events, the task force is forced to play a deadly cat and mouse game to stop her before she strikes again.”

Right now, we have more questions than answers. Does Megan Boone return to The Blacklist in Season 3 finale or on Season 4? Who is Scottie Hargrave, and is she somehow connected to Liz’s mother? Speaking of Liz Keen, is she really dead? Or are Red and Tom Keen trying to avenge the death of someone who is still very much alive and being held somewhere?

Let us know what you think in the comments below and don’t forget to check CDL for all of you’re the Blacklist 2016 spoilers and recaps.