‘The Bold and the Beautiful’ Spoilers: Bill Takes Will from Hysterical Katie – Wyatt and Liam Face Off Over Steffy 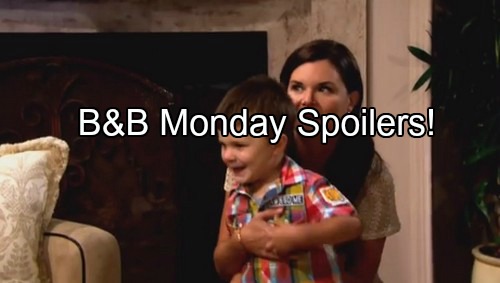 The Bold and the Beautiful (B&B) spoilers for Monday, July 11, tease that Liam (Scott Clifton) will give Wyatt (Darin Brooks) some shocking news. Wyatt will be floored when Liam announces that he’s changed his mind about pursuing Steffy (Jacqueline MacInnes Wood). If Wyatt wants to keep his wife, he’ll have to put up a fight.

Now that Liam knows Bill (Don Diamont) is such a hypocrite, he has no intention of respecting Wyatt and Steffy’s marriage. The Bold and the Beautiful spoilers say Liam will imply that all’s fair in love and war. He won’t be showing any restraint this time around. In other words, Wyatt had better be ready.

Wyatt will suggest that Liam is just being a sore loser. Steffy made her choice and that’s that. Of course, Liam will quickly remind Wyatt that he wouldn’t be married to Steffy without Quinn’s (Rena Sofer) intrusion. It wasn’t fair and Liam isn’t going to accept it. He’ll plan on chasing after Steffy for the rest of his days if he has to.

Meanwhile, Katie (Heather Tom) will feel like her life has completely collapsed. She won’t know how to handle the fact that both Bill and Brooke (Katherine Kelly Lang) betrayed her again. As a result, Katie will turn to her booze stash for comfort.

Katie previously used alcohol to cope with her suspicions, but now she’ll just hope to forget everything she’s going through. When Bill finds Katie spinning out of control, he’ll try to reach out. That should just enrage Katie even more. Her wounds are still very fresh. 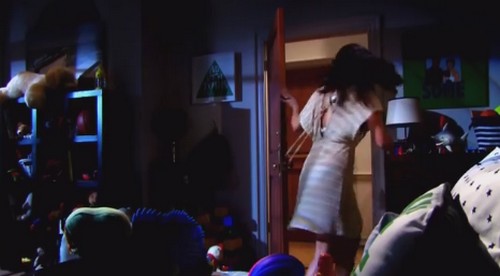 Once Bill realizes Katie is in no condition to care for a child, he’ll take Will (Zane Achor) from her. Katie is already distraught, but this should really send her over the edge. B&B spoilers reveal that Katie will feel like she’s living a nightmare. Nothing matters more to Katie than her son.

What will Katie do after Bill makes this bold move? Katie may sink further into despair initially, but she should regain her inner strength sooner or later. If Bill tries to get permanent custody of Will, Katie will surely do whatever she can to stop him.

The Bold and the Beautiful spoilers hint that Katie could eventually seek vengeance. She told Brooke goodbye and intends on shutting her sister out. As for Bill, Katie might decide that true payback is in order.

Will Katie go after Bill’s company like she promised? Will she try to strip Bill of everything he’s worked for? We’ll have to wait and see, but it’s clear that this isn’t the end of the road. After everything Katie has had to deal with, she deserves to play dirty. Revenge could be brewing and it won’t be pretty!

We’ll give you updates as we learn more about Katie’s plans. Let’s hope Katie can get a grip and show off her power. It’s time for Katie to let go of the past and look to the future. Stay tuned to B&B and don’t forget to check CDL often for the latest Bold and the Beautiful spoilers, updates and news.