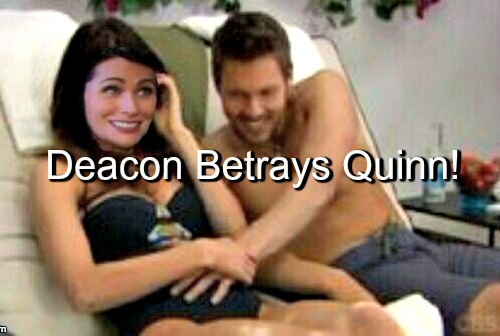 “The Bold and The Beautiful” (B&B) spoilers reveal that Deacon Sharpe (Sean Kanan) will soon agree to help Quinn Fuller (Rena Sofer) with her scheme to keep Liam Spencer (Scott Clifton) in the dark, but is Deacon working with Quinn or against her?

Recently, Deacon came to talk to Quinn and was stunned to discover she’s shagging the brother of her son. Quinn raged at Deacon about how she deserves better than him and then admitted she loves Liam. B&B spoilers predict we’ll soon see Deacon cave in and agree to help her.

But is Deacon really helping? Or does he have an agenda of his own and is helping himself instead? Let’s be real – it’s Deacon we’re talking about. Quinn may think that getting to know Liam is making her a better person, but Deacon is not changed one bit. 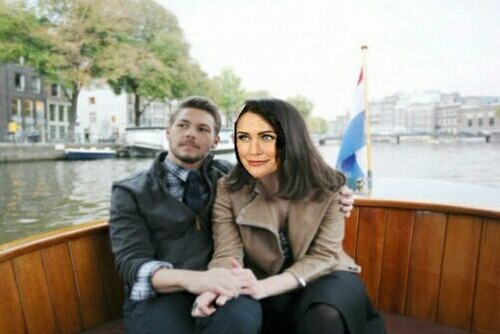 You could tell that Deacon did not like hearing about Quinn talking about her new sex life with Liam or about how she loves him. Deacon may convince the newly naïve Quinn that he’s going to help her out, but it’s much more likely he’s going to sell her down the river.

But what’s Deacon’s end game? He can’t really want Quinn to move on with Liam and have a happily ever after with the young dewy-eyed stud. Nah. Deacon either wants Quinn back or he wants to screw with her happy little life she’s trying to perpetuate.

Deacon was happy enough to end their marriage, but does Quinn look more attractive to him now that she’s got a young stud in her life? Or is Deacon furious that she moved on to Liam before the ink was dry on their annulment? Is jealousy driving him? 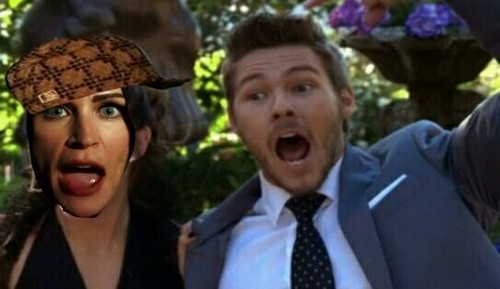 Either way, we cannot for one second believe that Deacon wants Quinn to end up all lovey dovey with Liam. Deacon can’t cast stones at Quinn given what he did with the Logan ladies… But could Deacon be convinced that Liam is best for Quinn and that she deserves to get her guy?

Or does Deacon think that he knows what’s best for Quinn and thinks she’s not thinking clearly so he needs to help her out by sabotaging her? Perhaps Deacon will try and make this clandestine relationship with Liam fail, but to protect Quinn…

Share your comments on what you think Deacon will do and why. And be sure to check back with CDL every day for more “The Bold and The Beautiful” spoilers and news. 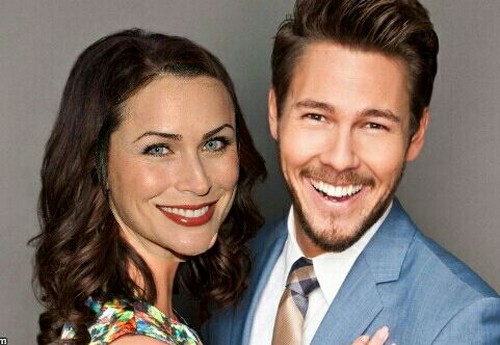