‘The Bold and the Beautiful’ Spoilers: Don Diamont Dishes on Bill’s Love Life – Back Together With Steffy 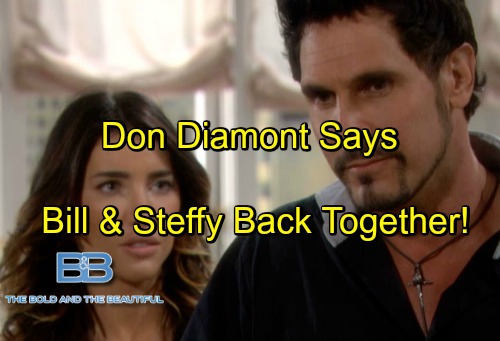 The Bold and the Beautiful (B&B) spoilers tease that Bill (Don Diamont) will continue his efforts to secure a future with Brooke (Katherine Kelly Lang). He just wants Brooke to forget all about Ridge (Thorsten Kaye) and move on. Bill feels like he’s the only one who deserves to call Brooke his wife.

Of course, Bill tends to feel that way in any pairing. He’s a pretty arrogant guy and he always thinks he should come out on top. Brooke seems to be Bill’s true love, but we all know soaps rarely let romances last. The fact that Brooke is fickle certainly doesn’t help. She can never commit to anybody for too long.

In a recent interview with The TV Watercooler, Don Diamont talked about Bill’s many relationships. He noted that love triangles are a staple of The Bold and the Beautiful. Diamont suggested they keep going back to them because they work well. B&B fans keep tuning in, so we can expect the trend to continue.

Diamont also discussed meeting plenty of “Batie” and “Bridge” supporters at events. Bill and Katie were a cute couple, but he was destined to reunite with Brooke eventually. Bill may even end up back with Katie later. They share a son together and you never know what might happen if Brooke breaks Bill’s heart.

However, there’s another couple that The Bold and the Beautiful played around with at one time. Diamont admitted that he’d like to see Steffy (Jacqueline MacInnes Wood) and Bill revisited as a pairing. “I hope that we go down that road again at some point,” Diamont said. “Going down that road with Steffy would create a lot of strife for Bill. It would be interesting.” 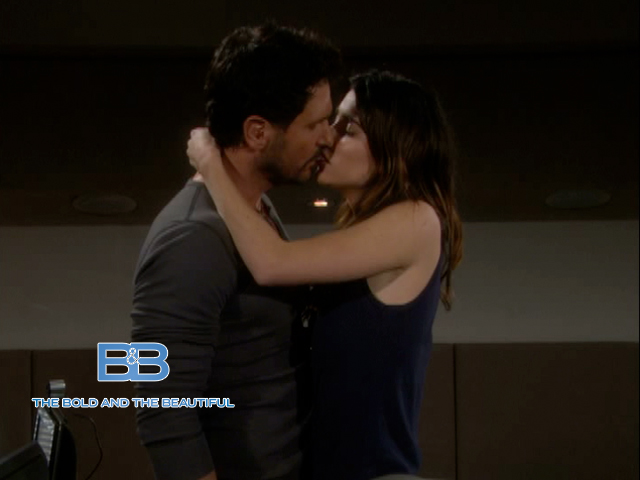 Diamont is right about that! The unexpected duo would undoubtedly stir up trouble. The CBS soap has had some success with Eric (John McCook) and Quinn (Rena Sofer). Once the initial shock wore off, we were left with a wacky combination that was just crazy enough to work.

Quinn and Eric have succeeded because he brings out the good in her. That’s probably changing as we speak, but at least that’s how it’s gone so far. Bill and Steffy might be a great match for a different reason. They’re both stubborn and intense. They have strong personalities and they live life with passion.

Can you imagine Liam (Scott Clifton) and Wyatt’s (Darin Brooks) reactions if Bill stole their love interest? They would go wild! Steffy could bail on the brothers and hook up with their old man! Maybe Wyatt and Liam just can’t handle Steffy quite like the stallion.

Steffy and Bill wouldn’t even have to be together long-term. A fling would be enough to send Liam and Wyatt reeling. Would either one of them stand by Steffy after that? Would they still beg for Steffy’s love or would they start searching for someone else? We’d have some intriguing options.

If The Bold and the Beautiful wants to keep the show entertaining, it’s wise to throw in some surprising couples. They need to ditch the usual rotation and shake things up occasionally. It never hurts to toss in some fun.

We’ll give you updates as more news comes in. Stay tuned to B&B and don’t forget to check CDL often for the latest “Bold and the Beautiful” spoilers, updates and news.