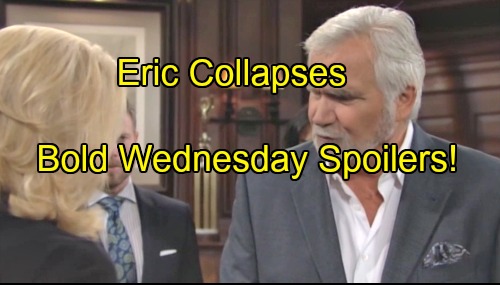 The Bold and the Beautiful (B&B) spoilers for Wednesday, September 28, tease that Eric (John McCook) will make sure the Forresters understand what they’ve done. He was crushed when his family members refused to attend his wedding. Now Eric wants each of them to know why.

Eric will give every Forrester a personalized lecture. He’ll mention all of the occasions when he overlooked their mistakes or supported them unconditionally. The Bold and the Beautiful spoilers say Pam (Alley Mills) will certainly get an earful for her past transgressions. 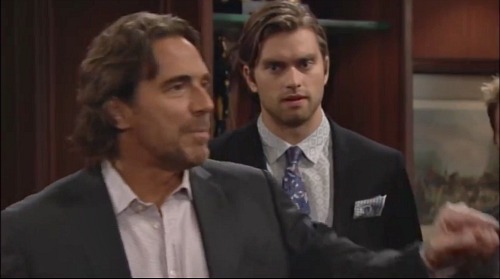 Wednesday’s B&B preview video shows Eric shouting, “If I hadn’t forgiven you time after time, you wouldn’t be standing in this room right now!” Steffy (Jacqueline MacInnes Wood) and Thomas (Pierson Fode) have made their fair share of blunders, too. Eric has been quick to accept their apologies or explanations over the years.

Other Forresters betrayed Eric by refusing to return his support. Eric recently accepted Maya (Karla Mosley) into the family, which obviously meant a lot to Rick (Jacob Young) as well. They wouldn’t even stop by to watch Eric and Quinn (Rena Sofer) tie the knot. It was truly a low blow. 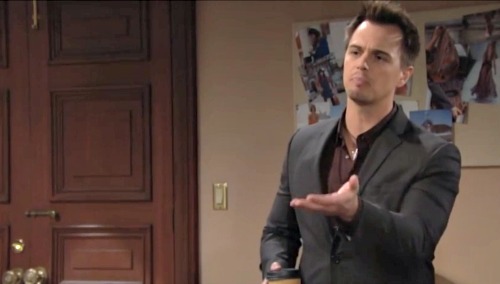 Zende (Rome Flynn) was adopted into the Forrester clan and Eric always treated him just like the others. He’s one of the family and Eric used to think that meant something. Now Eric believes they all turned their backs on him and he’s willing to do the same.

Ridge (Thorsten Kaye) will refuse to accept Quinn as a Forrester. Eric will suggest that’s ridiculous since Ridge isn’t even a true Forrester himself. He’ll insist that Ridge needs to start showing some respect to Quinn. 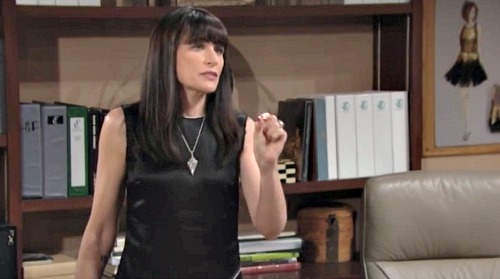 When Ridge won’t do it, Eric will launch into another tirade. Unfortunately, it looks like these passionate outbursts are too much for a stressed Eric to handle. He’ll have some sort of attack and sink to the floor.

The Forresters will panic as Eric’s health deteriorates. They’ll urge Eric to wake up as someone calls for an ambulance. Meanwhile, Wyatt (Darin Brooks) will tell Quinn that his feelings for Steffy are what kept him away from the wedding. He just couldn’t rock the boat. There’s enough tension between Steffy and Wyatt as it is. 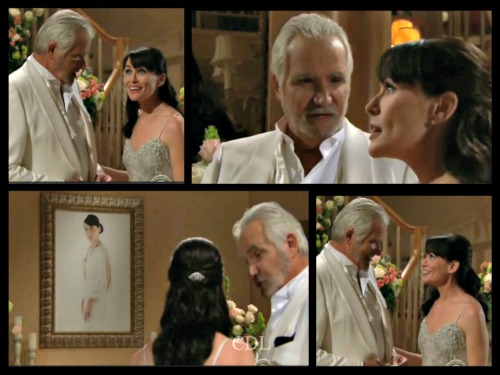 Quinn will hate to admit it, but she’ll point out that a small part of her is proud. Wyatt stood by his wife and that should count for something. The Bold and the Beautiful spoilers state that Quinn and Wyatt will head over to the Forrester meeting. Quinn’s jaw will drop as she sees her love unconscious on the ground.

As Quinn begins a tearful meltdown, Wyatt will take note. He’ll hate to see his mom in so much pain, even if she’s caused him plenty of it. Quinn, Wyatt and the Forresters will await news on Eric’s condition. We’ll give updates as more details come in. Stay tuned to B&B and don’t forget to check CDL often for the latest Bold and the Beautiful spoilers, updates and news.