BY Heather Hughes on September 13, 2016 | Comments: one comment
Related : Soap Opera, Spoiler, Television, The Bold and the Beautiful 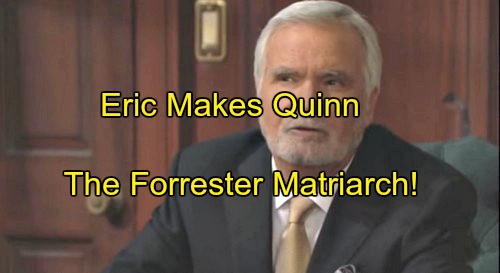 Eric will not be amused by his family’s intervention. The Bold and the Beautiful spoilers say Eric will stick with his decision. He’ll declare that he’s going to marry Quinn and she’s going to be the next Forrester matriarch. Eric will think it’s time for everyone to accept it and move on. 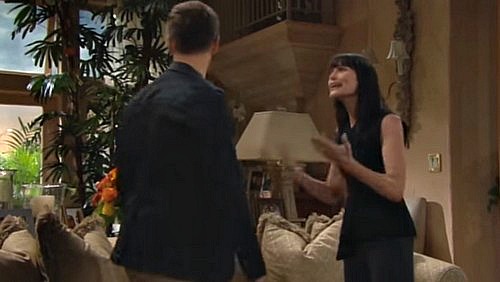 Meanwhile, Quinn will have a similar attitude during her conversation with Wyatt (Darin Brooks). When Wyatt once again demands that Quinn end her relationship, she’ll state that it’s not going to happen. Quinn’s man popped the question and she intends on becoming Mrs. Eric Forrester.

Wyatt will balk at the idea of Quinn and Eric tying the knot. It was bad enough when they were just hooking up. This engagement could cause Steffy to drift even further from her husband. Quinn will ask why Wyatt can’t just be happy for her. He’ll argue that it’s because Quinn’s happiness comes at his expense.

The Bold and the Beautiful spoilers reveal that Wyatt will fret about Quinn’s plans. She’s ready to walk down the aisle, but Wyatt may be headed for a divorce. He’ll warn that it will be all Quinn’s fault if he loses Steffy. 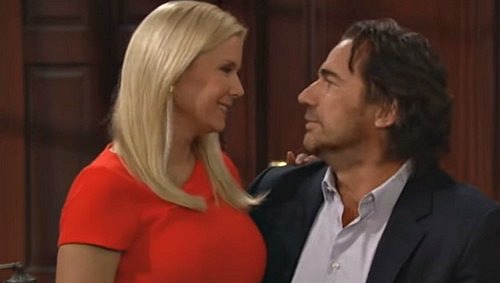 At Forrester Creations, Ridge will be torn about Brooke’s (Katherine Kelly Lang) wedding to Bill (Don Diamont). Steffy wants Ridge to give Brooke a push and make her nuptials happen even sooner. That’s a tough task for Ridge to carry out. Part of him wants to delay things instead of moving them along.

Ridge will open up to Brooke about his concerns. He’s worried about the fate of Forrester, but Brooke’s future is on his mind as well. Brooke will indicate that everything is fine. She loves Bill and he loves her, too.

Ridge will acknowledge Bill’s feelings for Brooke, but he still won’t feel right about all of this. The Bold and the Beautiful spoilers say Ridge will playfully pull Brooke close and suggest that Bill doesn’t know her like he does. Brooke will flash a smile and they’ll share a warm moment. 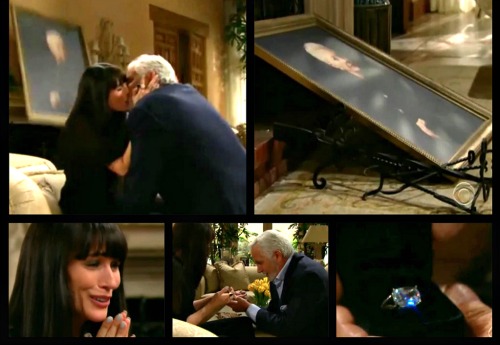 Elsewhere, Bill will find a wedding planner to make his big day as special as possible. He couldn’t care less about the frilly details, but he wants everything to be perfect for Brooke’s sake. With the wedding planner’s help, Bill will hope to make Brooke a blissful bride.

B&B buzz hints that Bill’s dream wedding may not work out. Will RJ (Anthony Turpel) have something to do with that? Time will tell, but you can check out RJ’s return in Wednesday’s episode.

It sounds like RJ may have a few tricks up his sleeve. We’ll give you updates as more news emerges. Stay tuned to B&B and don’t forget to check CDL often for the latest Bold and the Beautiful spoilers, updates and news.