The Bold and the Beautiful (B&B) Spoilers: Kim Matula Replacement Cast For New Romance With Liam 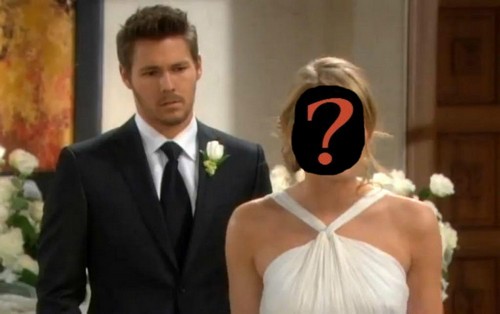 “The Bold and The Beautiful” (B&B) spoilers tease that Liam Spencer (Scott Clifton) will have his memory back on this week’s episode’s and could also have a new love interest after a potential recast. Will we soon see Liam back with Hope Logan who can help him get over the Quinn Fuller (Rena Sofer) experience?

We just saw Kim Matula back on B&B, but only for a hot second on a video call with Steffy Forrester (Jacqueline MacInnes Wood) who thought Liam might be with Hope once Steffy got confirmation that Liam was not in Australia with Ivy Forrester (Ashleigh Brewer).

What fuels the fire for this spoiler is a casting call out from TPTB at “The Bold and The Beautiful” that sounds like they are looking for a new Hope. The casting call is for an early to mid-20s female that’s sophisticated and artistic – among other attributes that sounds like Brooke’s daughter…

While Liam is currently in Quinn’s cabin (and her bed), he will soon be liberated thanks to his brother Wyatt Spencer (Daron Brooks). And once Liam recovers his memories, no doubt he will be horrified that he’s been sleeping with his brother’s mother.

But it seems like Liam should NOT try and take Wyatt’s new wife Steffy, right? Wyatt had no idea Quinn took Liam – and Liam and Steffy were already struggling when he disappeared – so it seems like Liam has to back off and his brother’s new marriage a chance.

But still, Liam needs an emotional palate cleanser after that ordeal with Quinn – and Ivy is not a good option since she’s super-duper obsessed with Liam. Plus, Liam really did care about Hope, so perhaps she will be his next romantic adventure.

Problem is, Kim Matula is busy busy with her new show UnREAL so if they want Hope Logan back in the Forrester/Spencer/Logan mix, it seems like a recast is in order. With Steffy out of the way – and Wyatt too – maybe Liam and Hope could have a real shot at love…

Of course, if Quinn turns up preggers or Liam just can’t forget their declarations of love, even Hope may not be able to get his mind off his brother’s mother. What do you think B&B fans? Is Hope what Liam needs to get his life back on track?

Share your comments below on whether you’d like to see Liam with Hope – see him fight for Steffy – or if you thinks Quinn is who’s now in his heart. And be sure to check back with CDL every day for more “The Bold and The Beautiful” spoilers and news.