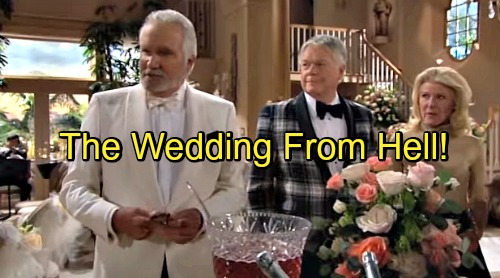 The Bold and the Beautiful (B&B) spoilers tease that Eric (John McCook) and Quinn (Rena Sofer) will face a roller coaster of emotions on their wedding day. When no one except Ivy (Ashleigh Brewer) shows up at the ceremony, Quinn will be devastated. She’ll hate that she’s the reason for the strife between Eric and his family.

Quinn will likely ask if Eric still wants to go through with this. In light of all the criticism, Quinn wouldn’t be surprised if Eric got cold feet. Fortunately, Eric won’t back out. The Bold and the Beautiful spoilers say Eric will assure Quinn of his love and suggest that they should move forward with their plans.

Quinn will try to put aside her worries and focus on the joy this relationship brings her. After exchanging their vows, they’ll finally become Mr. and Mrs. Forrester. That’s right! Eric and Quinn will really get hitched. Alas, there’s more trouble ahead for these newlyweds. 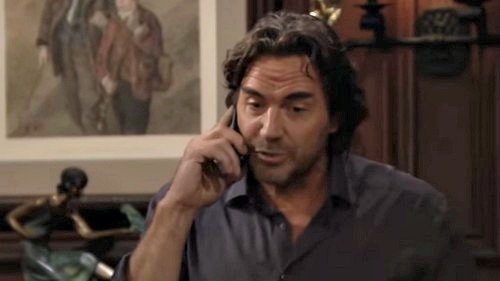 B&B spoilers reveal that Eric will call the Forresters together for a tense meeting. He’ll express his disappointment and outrage over their wedding boycott. Eric will make it clear that Quinn is to be respected in his home and at the office. The constant verbal abuse has to stop.

Ridge (Thorsten Kaye), Steffy (Jacqueline MacInnes Wood) and the rest of the gang will probably resist this change. Another fight will break out, but this time there’ll be dangerous consequences. Eric will get highly agitated and it will lead to a shocking medical scare.

Once Eric collapses, an ambulance will be called and he’ll be rushed to the emergency room. Quinn will fear that she could lose her husband before they even go on their honeymoon. However, there’s a silver lining in all of this. Both Quinn and Eric are bound to get some sympathy. 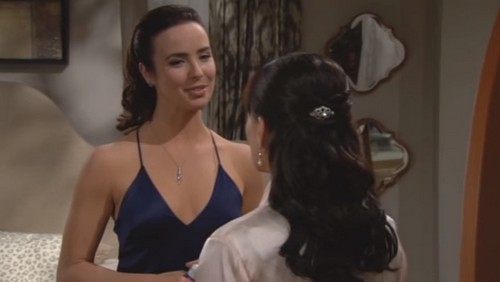 The Forresters may agree that they need to back off to protect Eric’s health. Eric might have to let someone else run the show at Forrester for the time being. He can’t jump right back into work after a heart attack, panic attack or whatever this might be. Eric should take it easy and let Quinn pamper him for a while.

Maybe that will convince the Forresters that the company isn’t in any imminent peril. Then again, Eric could leave Quinn in charge of some of his duties. That wouldn’t go over well! Still, there’s a good chance that things will settle down somewhat. They’ll have to keep the peace for Eric’s sake.

Quinn will also have some family on her side soon. The Bold and the Beautiful spoilers suggest that Wyatt (Darin Brooks) will reach out to Quinn as she’s fretting about Eric. He’ll start to realize just how much Eric means to her. Perhaps Steffy will start to see that, too. 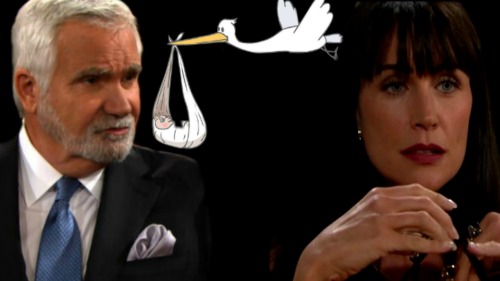 Regardless, Wyatt will support his mother as she awaits news on Eric’s condition. We’ll give you updates as other details emerge. Stay tuned to B&B and don’t forget to check CDL often for the latest Bold and the Beautiful spoilers, updates and news.