The Bold and the Beautiful Spoilers: Pam Schemes Against Quinn – Steffy Gets Emotional With Wyatt – Zende Wants Another Chance 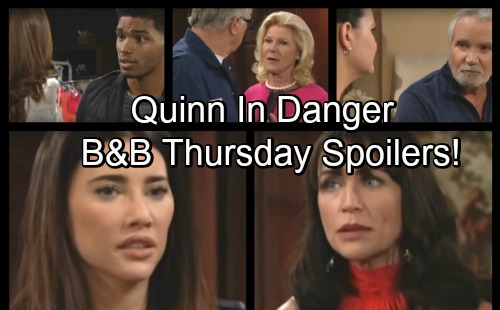 The Bold and the Beautiful (B&B) spoilers for Thursday, November 10, tease that Quinn (Rena Sofer) will get on Pam’s (Alley Mills) last nerve. The fashion show is on everyone’s mind, but Quinn’s plans aren’t going over well. Ridge (Thorsten Kaye) already hates Quinn’s idea and Pam won’t be thrilled either.

B&B spoilers say Pam will complain to Charlie (Dick Christie), but she’ll eventually realize there could be a solution to the problem. Pam will insist that they’re going to take care of Quinn. We don’t know for sure what’s in store, but Charlie and Pam’s efforts could easily backfire.

Quinn may not have the experience she needs to run Forrester Creations, but she knows how to spot a scheme from a mile away. It’s tough to believe Pam and Charlie can really do much damage to this sneaky force. The Bold and the Beautiful spoilers suggest that Quinn will do whatever she can to stay in control of the situation. 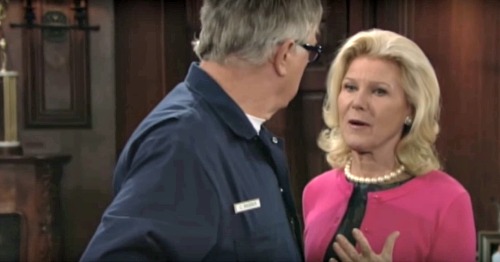 Quinn will also try to handle the Steffy (Jacqueline MacInnes Wood) dilemma. She wants Steffy to accept that she’s in Eric’s (John McCook) life for good. If Steffy could do that, Quinn feels like everything else would fall into place. Steffy could come on board as co-CEO and reunite with Wyatt (Darin Brooks).

Thursday’s Bold and the Beautiful preview video shows Quinn shouting, “I don’t want to see you follow your father down the wrong path, fighting me at every turn and disrespecting your grandfather.” Later, Wyatt and Steffy will have an emotional conversation. Steffy will note that this could’ve been so different if Quinn was gone.

At the Forrester mansion, Eric will gush about his new bride. He’ll give Katie (Heather Tom) updates on the great joy Quinn has given him. Katie will still seem skeptical, but Eric will maintain that this love is the real deal. The preview clip shows Eric saying, “I can’t wait for you to get to know the woman I know.” 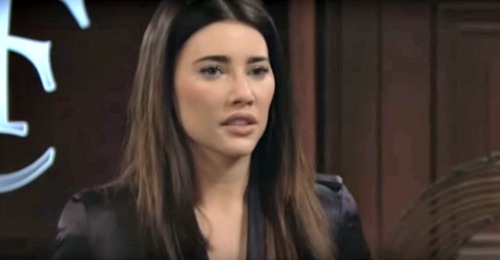 Meanwhile, Zende (Rome Flynn) will urge Nicole (Reign Edwards) to see that they have another chance. Nicole backed out of the second surrogacy and that’s all Zende ever wanted. He thinks they deserve an opportunity to build a future together instead of creating one for Rick (Jacob Young) and Maya (Karla Mosley).

After what Zende did, Nicole just won’t be certain she can trust his commitment to her. There’s nothing to stop Zende from running off to Sasha (Felisha Cooper) whenever issues come up. Nicole will definitely have to mull over this decision. 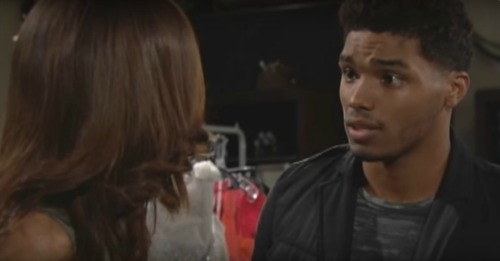 Elsewhere, Rick will attempt to ease Maya’s mind. She’ll feel guilty about breaking up Zende and Nicole, but Rick won’t think their request is entirely to blame. If it wasn’t this obstacle, it would’ve been something else.

Nicole and Zende’s relationship needs to mature if they expect to move forward. Will they find a way to make it work? We’ll keep you posted as more news comes in. Stay tuned to B&B and don’t forget to check CDL often for the latest Bold and the Beautiful spoilers, updates and news.