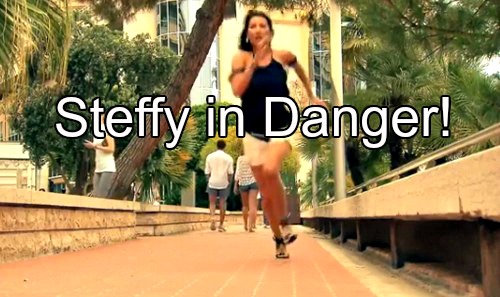 The Bold and the Beautiful (B&B) spoilers for the week of August 1-5 tease that Quinn (Rena Sofer) will cause quite an uproar. The weekly promo suggests that Monte Carlo was never more dangerous. That’s certainly true now that Quinn has stopped by. She’s about to set off a firestorm of controversy.

The clip shows Liam (Scott Clifton) offering Wyatt (Darin Brooks) a warning about his mother. He’ll state that he knows what happens to people who get in Quinn’s way. The Bold and the Beautiful spoilers indicate that Liam will urge Wyatt to believe his claims. He’ll insist that Quinn is in Monte Carlo and she must be stopped before things go any further. 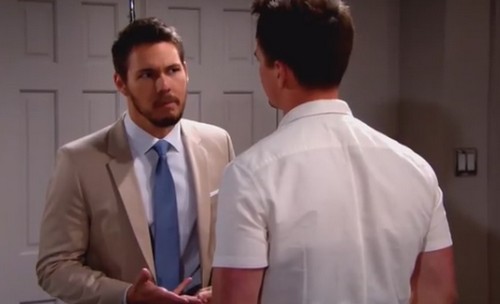 Meanwhile, Eric (John McCook) will maintain that Quinn shouldn’t take any more chances. Quinn will assure Eric that he has nothing to worry about. They’re having a great time and Quinn’s enjoying the thrill of it all. She always appreciates a good dose of peril.

Even Eric will admit that their clandestine rendezvous is pretty slick. He’ll hint that it’s very James Bond. Unfortunately, Quinn would make a terrible secret agent. She never manages to pull off a scheme without getting caught. B&B spoilers say Steffy (Jacqueline MacInnes Wood) is about to rain on Quinn’s Monte Carlo parade. 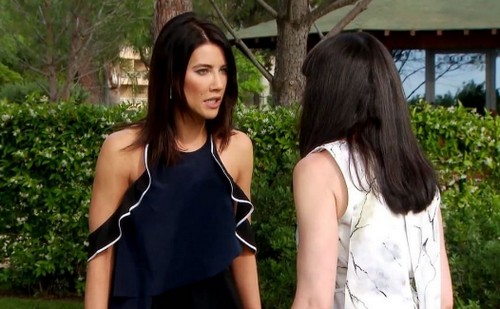 After Steffy spots Quinn with Eric, she’ll run over to meet her enemy face to face. She’ll give Quinn a mega slap for hooking up with Eric and following him to Monaco. Seriously, this is going to be a doozy of a smack! It’s surprising that Steffy won’t slap Quinn all the way back to Los Angeles.

Still, Quinn won’t just forget about her fling. The Bold and the Beautiful spoilers reveal that Quinn will be willing to play dirty if necessary. When Quinn dishes out some stern advice, Steffy will ask if that’s a threat.

Of course, Steffy doesn’t even need to ask that question. Nearly everything out of Quinn’s mouth is a threat. The gloves are coming off for these two. It’s mother-in-law vs. daughter-in-law and you’ll want a front-row seat for all of the action.

Later, Wyatt will confront his mother and demand to know what she’s doing in Monte Carlo. Quinn will likely admit she’s seeing Eric. There’s no point in denying it now that Steffy knows the truth.

B&B spoilers say Wyatt will lash out at Quinn for her latest debacle. He’ll shout that he warned her to stay away from Steffy and the Forresters. Quinn might point out that she never meant to hurt anyone.

Unlike Liam, Eric knew what he was doing. He’s mature, available and willing. Those are the kind of qualities that Quinn needs in a relationship. Wyatt might concede that…if Quinn were dating anyone but Eric. He’ll gripe that Quinn must’ve known it’d be weird for Steffy.

Wyatt will fear that Quinn has really done it this time. Steffy could check out of her marriage in light of all this madness. Quinn may have crossed the line one time too many. We’ll give you updates as more news emerges. Stay tuned and don’t forget to check CDL often for the latest Bold and the Beautiful spoilers, updates and news.

The drama continues this week in #MonteCarlo! #boldandbeautiful