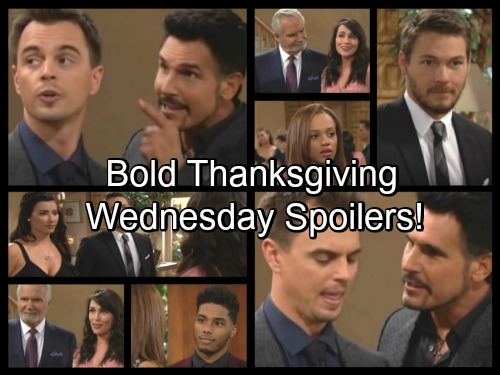 The Bold and the Beautiful (B&B) spoilers for Wednesday, November 23, tease that Quinn (Rena Sofer) will be thrilled when everyone comes together for Thanksgiving. She’ll give Steffy (Jacqueline MacInnes Wood) credit for making it happen. Quinn will point out that Steffy even got through to Wyatt (Darin Brooks). She’ll be overjoyed by the news that her son is coming.

Steffy will suggest that she wasn’t going to let Wyatt be alone. She’ll make it clear that this was about connecting with someone she cares about, not making Quinn’s holiday dreams come true. Nevertheless, Quinn will appreciate Steffy’s help. She’ll be determined to keep the peace at this gathering. Eric (John McCook) will be delighted to see everybody getting along for a change. 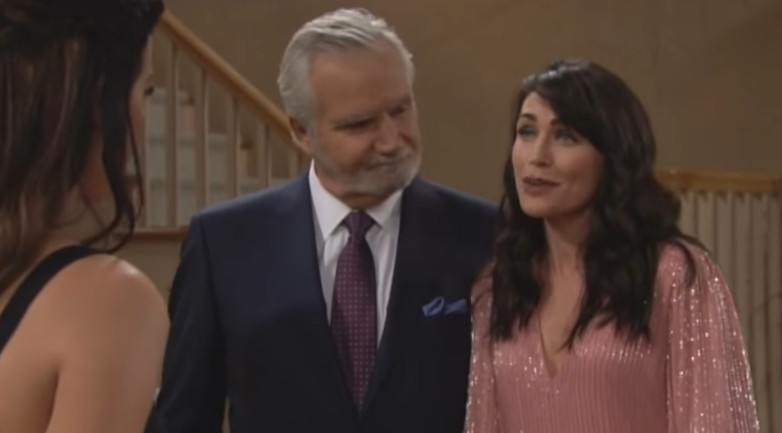 Of course, Bill (Don Diamont) will stir up a hint of trouble. When he sees Quinn’s portrait, he’ll rant about it to Wyatt. Bill will think it’s almost enough to make him lose his appetite. Wyatt will insist that Quinn is the lady of the house now. Eric wants his love on full display and that means Bill will just have to ignore the massive tribute.

Next, Bill will have a mild confrontation with Ridge (Thorsten Kaye). They’re currently in a battle for Brooke’s (Katherine Kelly Lang) heart, which is probably why Bill isn’t leaving Ridge unsupervised. He doesn’t want his nemesis to pull anything else. Ridge will take some verbal jabs and Bill will do the same. 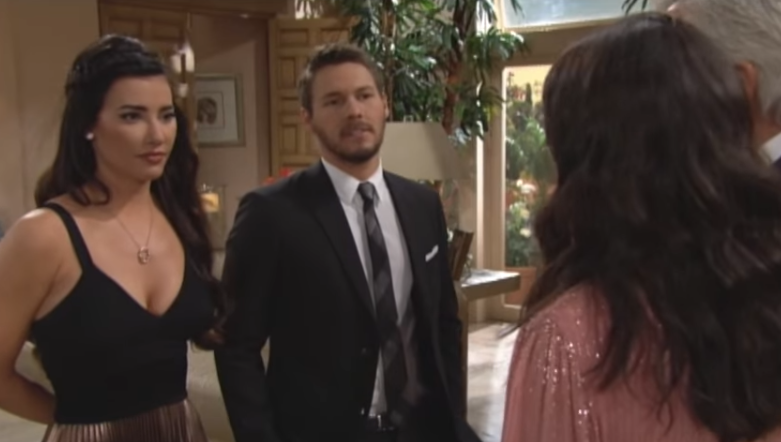 The Bold and the Beautiful spoilers state that Bill and Ridge will eventually put their feud aside long enough to enjoy dinner. Eric will force his guests to stick to tradition. Each person at the table will say something nice about the person to his or her right. As usual, B&B will give us some heartfelt moments.

Zende (Rome Flynn) could also make some progress with Nicole (Reign Edwards) in Wednesday’s Bold and the Beautiful episode. He’ll remind Nicole that he still has the ring he offered her. Zende will contend that he’s always going to keep it with him. He feels certain that Nicole will come around sooner or later. 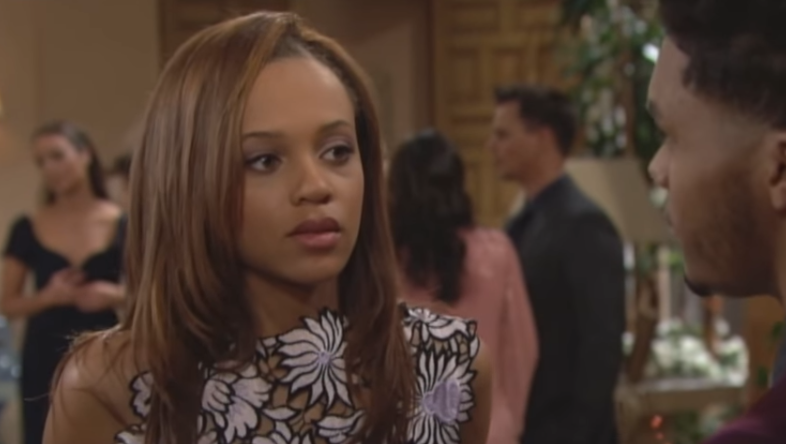 Nicole won’t be sure she should give Zende another shot. She feels like his hookup with Sasha (Felisha Cooper) really crossed the line. Nicole doesn’t know if she can have a future with someone she doesn’t trust.

Zende will argue that he can spend the rest of his life proving his devotion. He just needs Nicole to accept his proposal. Will Nicole give Zende the answer he wants or make him sweat it out instead? Regardless, Zende isn’t giving up. It’s great to see that Zende is committed to making things right.

As for Sasha, what will grab her attention next? Will Sasha continue to sniff around Zende? Could she turn back to Thomas (Pierson Fode) instead? We’ll give you updates as more details come in. Stay tuned to B&B and don’t forget to check CDL often for the latest Bold and the Beautiful spoilers, updates and news.