The Bold and the Beautiful Spoilers: Quinn Pushes Liam Toward Katie – Wyatt Gets Steffy and Keeps Eric for Herself 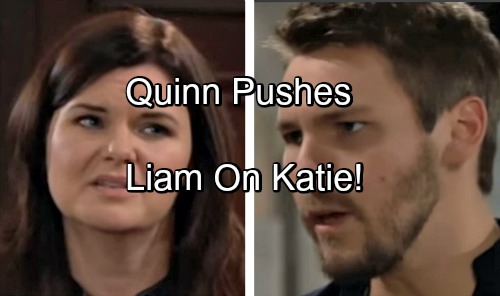 The Bold and the Beautiful (B&B) spoilers tease that trouble is headed for Liam (Scott Clifton) and Steffy (Jacqueline MacInnes Wood). They’ve been on top of the world lately, but everything is about to come crashing down. When Steffy reveals she’s been offered the CEO job, Quinn’s (Rena Sofer) involvement won’t sit well with Liam.

It’s easy to see why Liam would be wary. He went through one of the most traumatic experiences of his life thanks to Quinn. However, things have changed since the cabin fiasco. Quinn claims she’s a new woman and Eric (John McCook) certainly believes it. Wyatt (Darin Brooks) agrees that Quinn is on a much better path.

Perhaps Quinn’s improvements will help Steffy learn to tolerate her. Liam, on the other hand, will sense nothing but danger. Despite Liam’s repeated warnings, Steffy will choose to follow her heart. She’ll take her dream job and hope that Liam can understand. 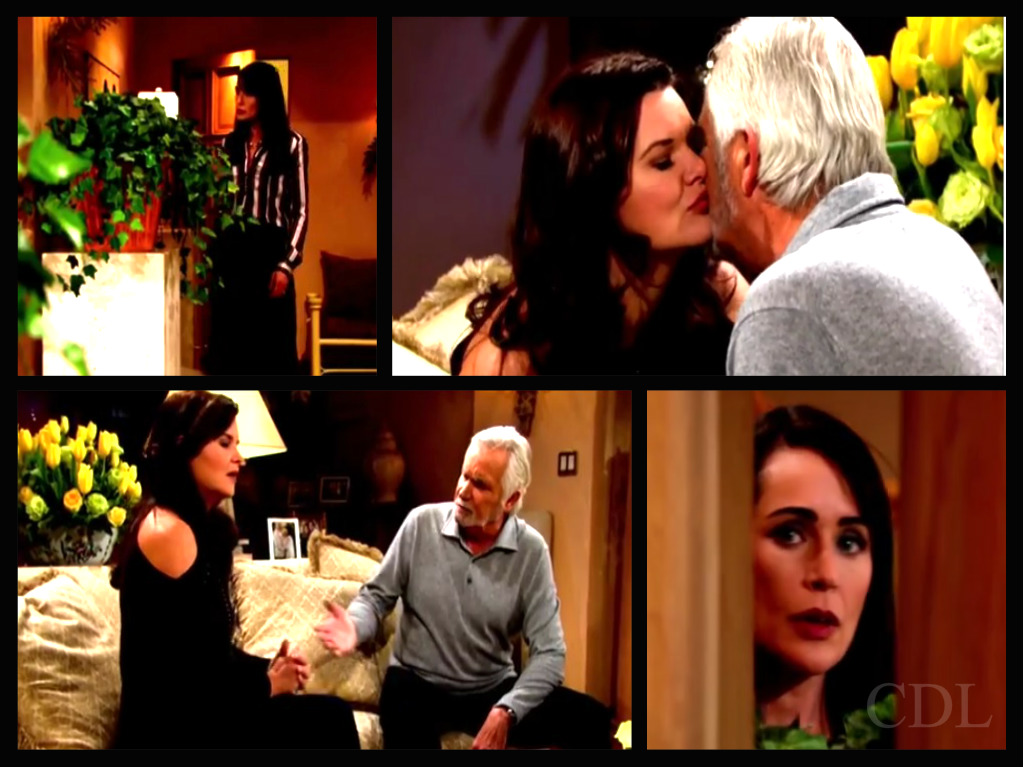 The Bold and the Beautiful spoilers suggest that Liam will try to get on board, but he’ll find it quite difficult. Once Steffy takes control at Forrester Creations, Wyatt will make some moves to win her back. Liam will undoubtedly flip out if he thinks his brother is stealing Steffy.

Of course, Steffy will feel like Liam doesn’t trust her. Strife could tear Liam and Steffy apart if they’re not careful. Either one of them could get fed up enough to end their relationship.

Wyatt would be waiting to comfort Steffy and take her back with open arms. Their reunion probably wouldn’t be permanent, but a short-lived reconciliation might happen down the road. Where would that leave Liam?

B&B seems to be establishing a bond between Liam and Katie (Heather Tom). He was there for her when Bill (Don Diamont) was sneaking around with Brooke (Katherine Kelly Lang). Now Liam intends on keeping Katie safe from Quinn. 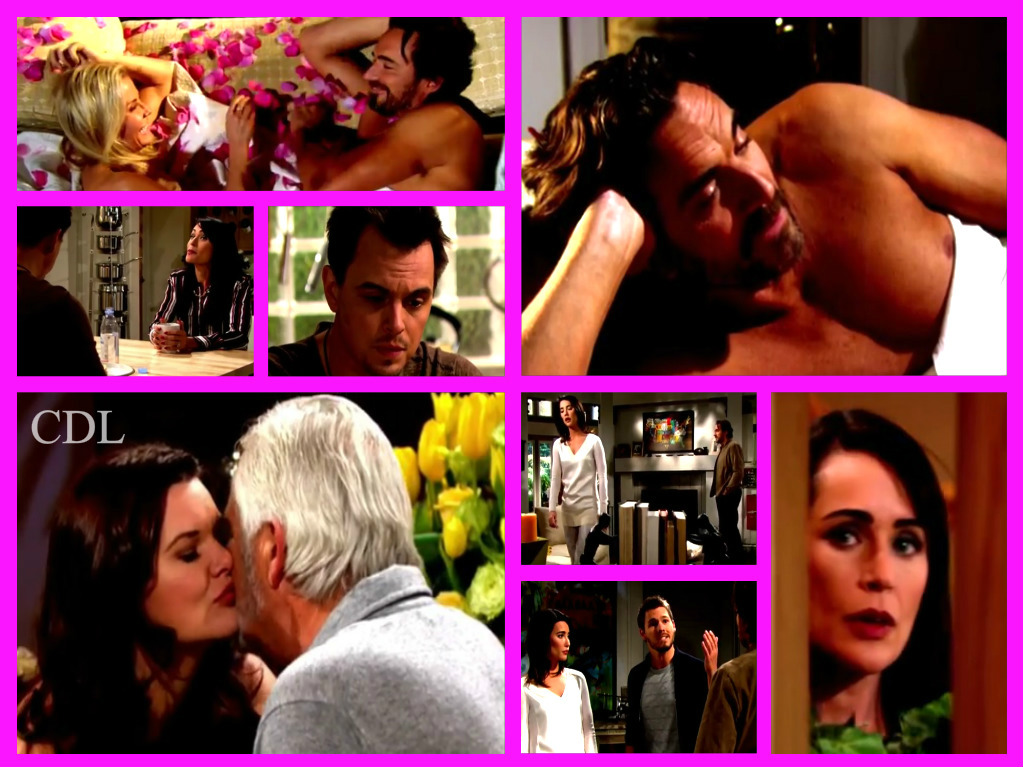 Liam will insist that Katie needs to keep an eye on her neighbor. He realizes Quinn is a fierce rival and he’s worried about Katie’s well-being. Katie could inadvertently cross the line and provoke a secret attack. Quinn will surely snap sooner or later. No one can expect her to be a good girl forever.

If Quinn tries to pull something risky, Liam could rush in and save the day. Since Katie is single and Liam might be by then, could they be paired up romantically? We all know how Liam loves damsels in distress.

Quinn might even push Liam toward Katie if she determines it might work. After all, that would solve two problems for Quinn. It would eliminate Wyatt’s competition and keep Katie away from Eric. Quinn has put her cabin love days behind her, so she would happily shove Liam in Katie’s direction.