The Bold and the Beautiful Spoilers: Ridge Boasts to Liam He Can Seduce Quinn – Eric Pushes Steffy to Honor Wyatt Commitment 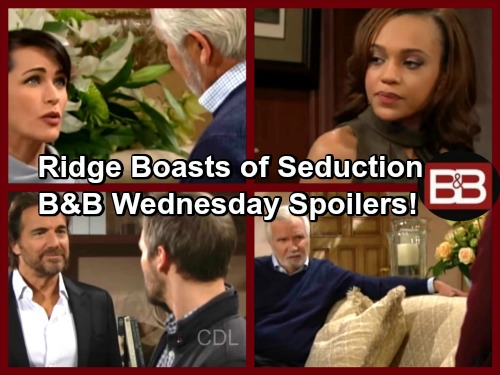 The Bold and the Beautiful (B&B) spoilers for Wednesday, December 28, tease that Quinn (Rena Sofer) will worry about Wyatt (Darin Brooks). She’ll open up to Eric (John McCook) and they’ll discuss the situation Wyatt is facing. Eric will want to make things easier if he can.

Quinn will suggest that watching Steffy (Jacqueline MacInnes Wood) move on with Liam (Scott Clifton) has been tough on her son. Wyatt has to see his wife going home to another man every night. The Bold and the Beautiful spoilers say Eric will decide to have a serious conversation with his granddaughter. He’ll hope that he can convince Steffy to make some changes. 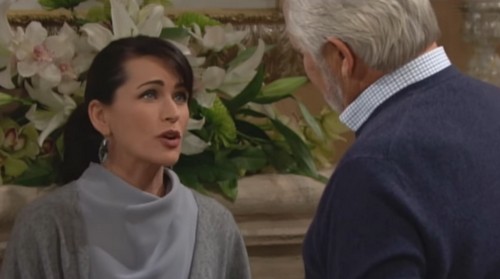 Eric will try to guide Steffy down the path he feels is best. He’ll contend that the CEO of Forrester Creations must uphold certain standards. Eric believes Steffy should honor her commitment to this company as well as her husband.

Wednesday’s B&B preview video shows Eric declaring, “Your proper bed is with the man you pledged to love and honor for better or for worse.” Steffy might point out that Eric has been married plenty of times. She could argue that all of this is extremely hypocritical. 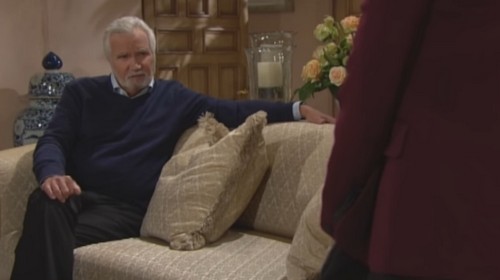 Quinn isn’t Eric’s first wife, but he’s confident she’ll be his last. He might note that mistakes in the past don’t excuse behavior in the here and now. Eric will encourage Steffy to go back to Wyatt and share a beautiful life together. He’ll insist that there’s still a chance for them to find true happiness.

Meanwhile, Liam will get updates on the next phase of Ridge’s (Thorsten Kaye) plot. He’ll wonder if Ridge can really pull off his plan to seduce Quinn. The Bold and the Beautiful spoilers say Ridge will tell Liam about his smooth moves. He’ll boast that he knows how to treat a woman all the way down to her feet. 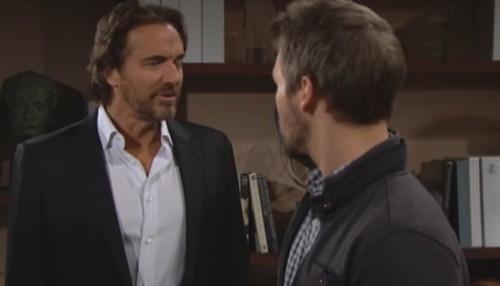 Liam will be surprised when Ridge leaps into action. He’ll be quite impressed by Ridge’s techniques, but he’ll fear that this could take too long. Liam wants Quinn and her weasel of a son out of the company right away. It could be his only shot at keeping Steffy by his side.

Elsewhere, Nicole will offer a few words of wisdom to someone. Perhaps Wyatt will be in need of advice. Nicole will explain how you know it’s time to call it quits in a relationship. The preview clip shows Nicole stating, “You know that it’s over when it hurts too much for it not to be.” 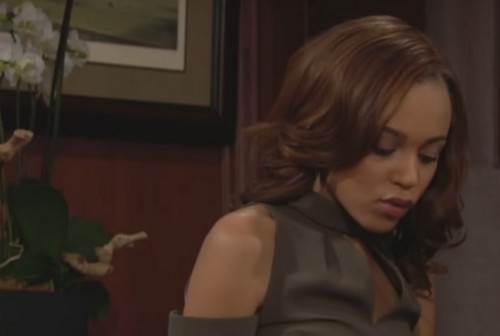 However, Wyatt intends on putting up a good fight. Will he win this battle or lose to his brother once again? We’ll keep you posted as more news comes in. Stay tuned to B&B and don’t forget to check CDL often for the latest Bold and the Beautiful spoilers, updates and news. Come and join the conversation on our Bold and Beautiful Facebook Group!