The Bold and The Beautiful Spoilers: Ridge Hides Docs Giving Quinn Power of Attorney For Eric – Kicks Stepmom Out of Mansion 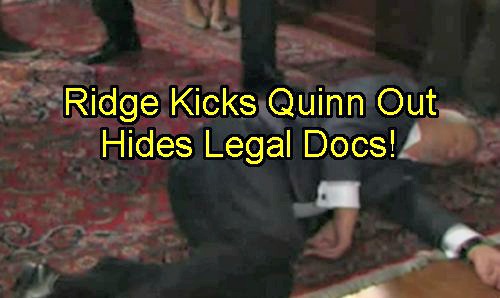 New The Bold and The Beautiful (B&B) spoilers reveal that Ridge Forrester (Thorsten Kaye) is about to double down on his betrayal of his dad Eric Forrester (John McCook) while he’s in the hospital thanks to the stress from his family over new wife Quinn Fuller (Rena Sofer).

Eric waved the envelope at his family just before he collapsed from a brain hemorrhage. Inside the envelope is a shocking document that Ridge wants to keep hidden at all costs. Carter Walton (Lawrence Saint-Victor) had prepared the power-of-attorney at Ridge’s request but that didn’t work out as Ridge wanted. 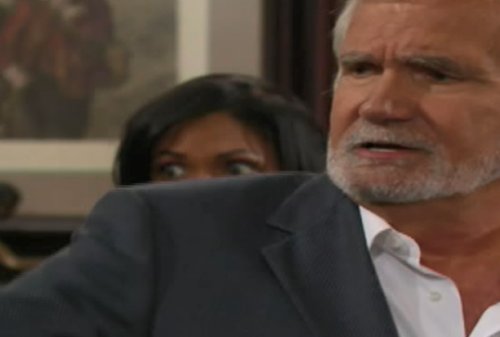 Turns out that Eric completed the documents but instead of giving Ridge the control he wanted, Eric signed control over to his brand new wife Quinn. Ordinarily, that wouldn’t be that big of a deal but since Eric is now in a medical crisis and will soon be hospitalized, it’s everything.

Quinn heard the tail end of the argument between Eric and his family but when she and Wyatt Spencer (Darin Brooks) come into the room, Quinn will have to fight her way to get to her husband. Eric will be evacuated to the hospital and Ridge takes the opportunity to pounce on the papers. 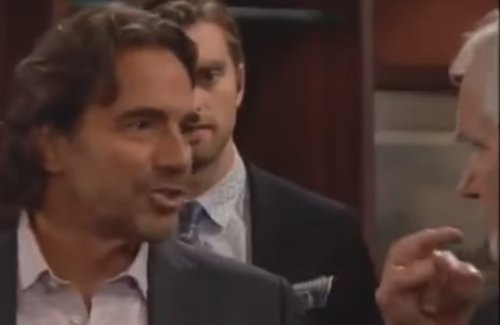 Ridge looks at the papers and will be stunned to find out that Quinn holds all the cards according to the legal documents. Quinn can make medical decisions for Eric – and business decisions about Forrester Creations as well. Ridge will hate this and will take rash action he may regret.

While the rest of the family apologized to Eric and issued mea culpas for missing his wedding, Ridge stood fast and was unapologetic for not showing up and for not believing that Quinn has changed. Ridge stood toe to toe with Eric and was defiant up until Eric’s collapse. 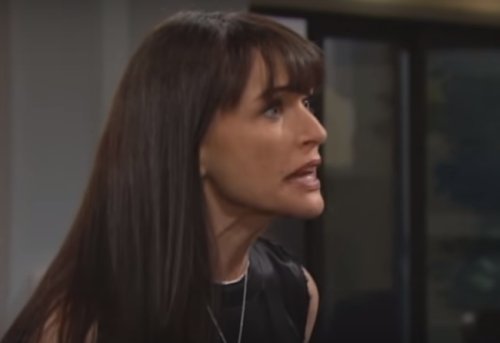 Fortunately for Ridge, Quinn will be too focused on Eric’s medical crisis and recovery to wonder about the documents. Eric didn’t tell her about them so she’s unaware that she holds immense legal power over Eric in his fragile state – and the family. Unless Ridge destroys the docs, though, it’s only a matter of time.

No one but Eric knows that he changed the docs and left Quinn in charge. Assuming Eric pulls out of this and makes a full recovery, he’ll soon find out what Ridge has done – there will be hell to pay. For now, though, Ridge will take the opportunity to get rid of Quinn once and for all – and what he does is stunning. 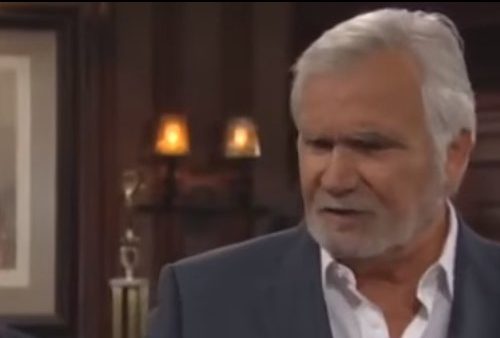 Knowing that his dad signed over his power-of-attorney to Quinn will push Ridge to the edge. He will hide the papers from the rest of the family and will head over to Eric’s mansion and order Quinn to pack her bags and get out! It seems like Ridge is out of control and this time, he goes too far.

He has to know that Eric will hate what he’s doing but Ridge won’t stop. The Bold and The Beautiful spoilers tease that seeing Stephanie’s portrait gone and Quinn’s in its place of honor will have Ridge making bold moves to try and cut Quinn out of Eric’s life while his dad is out of commission. Eric’s brain trauma will test the “sickness and health” part of their vows for certain…

RT if you’ve got Eric’s back! #BoldandBeautiful pic.twitter.com/WrQtQpfudN

All of this shady behavior will catch up to Ridge once Eric recovers and he and Quinn find out what Ridge has done. Has Ridge gone too far this time? These antics are divisive – it could be Ridge and Steffy Forrester (Jacqueline Wood) alone against the rest of the family as the others rally around Eric and Quinn. What do you think B&B fans? Are you Team Ridge or Team Eric?

Share your comments below and check back with CDL often for all the latest The Bold and The Beautiful spoilers and news.