The Bold and the Beautiful Spoilers: Sasha Sets Sights on Thomas, Rocks the Boat with Caroline – Zende Fights for Nicole 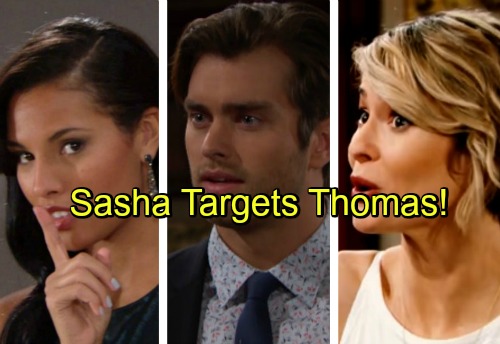 The Bold and the Beautiful (B&B) spoilers tease that Zende (Rome Flynn) will offer a heartfelt apology to Nicole (Reign Edwards). She’ll have to decide if she’s willing to give Zende another chance. It’s going to be tough for Nicole to act like everything is fine and dandy. She shudders when she thinks of Zende and Sasha (Felisha Cooper) all tangled up in bed together.

Nevertheless, Nicole could slowly start heading toward forgiveness. Even if it takes a while, Zende may not be willing to let Sasha sniff around. If Zende has any hope of getting Nicole back, he needs to keep her sister at a distance.

Zende may not even be interested in Sasha anymore. She might remind him of the pain he caused. That makes us wonder what’s next for Sasha. What does B&B have in store? Could they revisit the Sasha and Thomas (Pierson Fode) pairing that they abruptly dropped? It’s a possibility to consider.

Many Bold and the Beautiful fans aren’t exactly thrilled about Caroline (Linsey Godfrey) and Thomas as a couple. Their chemistry is fine, but Douglas’ conception is always going to be an issue. The way it was written automatically left viewers crying rape. It’s been difficult for some B&B watchers to get on board with a full-fledged romance. 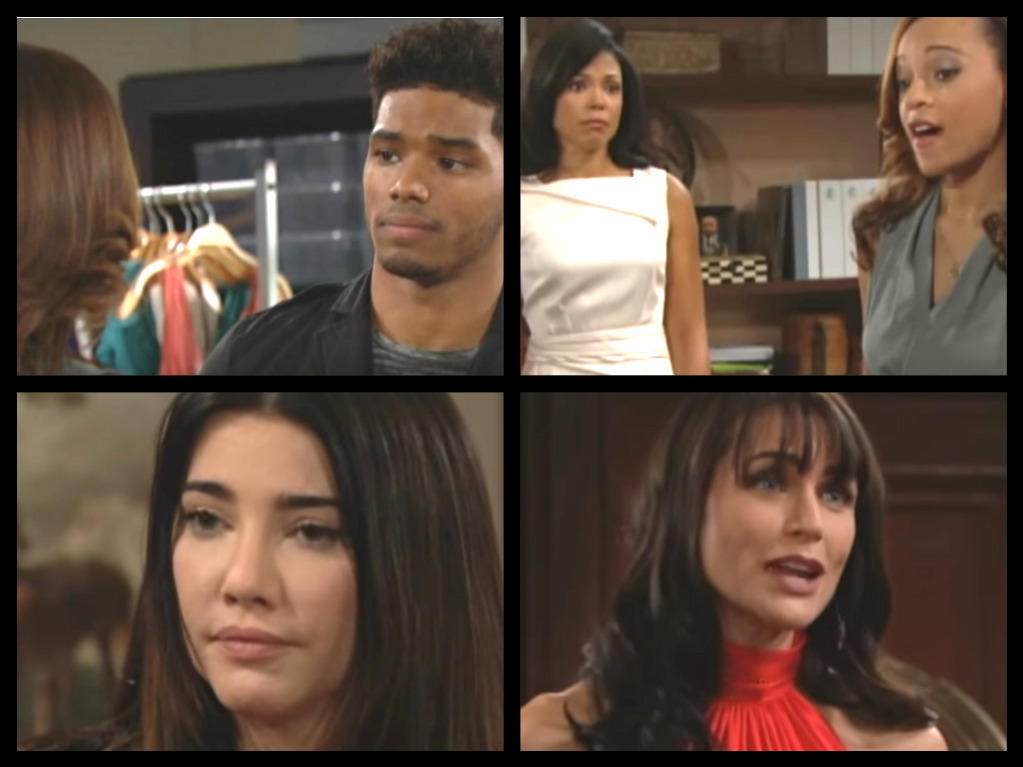 Sasha and Thomas certainly had some supporters. They had a nice vibe and they let their relationship develop naturally. It was great to see Sasha connecting with someone without resorting to crazy tactics.

Sasha has resumed her desperate mentality, but that could help her now that Thomas is with Caroline. If Sasha decides to try her luck with Thomas again, she may have to play dirty. Since Thomas doesn’t seem as head over heels for Caroline as he used to be, Sasha might have a shot at winning him over.

However, it could be an uphill battle. Thomas has a beautiful family and he’ll probably do his best to fight for them. If Thomas resists too much, Sasha could stage some fake cheating. A good dose of trickery can easily result in a soap breakup.

Still, The Bold and the Beautiful might want to let Caroline and Thomas’ relationship run its course. They could let them build something wonderful, but Sasha might step in once conflict arises. There’s one problem that could definitely destroy Thomas and Caroline down the road.

Ridge (Thorsten Kaye) was told that this baby couldn’t possibly be his, but that’s just not true in the soap world. If Ridge eventually finds out Douglas is his son after all, Caroline and Thomas’ relationship could fall apart. The revelation might even reunite Ridge and Caroline.

That means a Ridge and Brooke (Katherine Kelly Lang) breakup could happen as well. We’re getting a little ahead of ourselves since they aren’t a full-fledged item yet, but it never hurts to consider the future. At some point, we could see Thomas with Sasha, Ridge with Caroline and Brooke with Bill (Don Diamont)…or her flavor of the month.

Several interesting story options could be in the works. We’ll give you updates as other news emerges. Stay tuned to B&B and don’t forget to check CDL often for the latest Bold and the Beautiful spoilers, updates and news.