‘The Bold and the Beautiful’ Spoilers: Sasha’s Pregnancy Announcement Stuns Zende and Nicole, Rick and Maya Want to Adopt Baby? 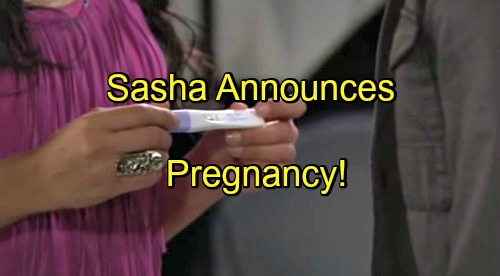 The Bold and the Beautiful (B&B) spoilers tease that Zende (Rome Flynn) will stay focused on his goal. He knows he messed up by sleeping with Sasha (Felisha Cooper), but he hopes Nicole can forgive him eventually. Zende keeps insisting that Nicole is going to be his wife. He loves Nicole and desperately wants a future with her.

Of course, Nicole still loves Zende as well. She’s just been hurt a few too many times. Nicole cares about Zende, but she feels like he stomped on her heart. The fact that this has happened before makes it even worse. It might have been easier to forgive Zende if he had hooked up with someone other than Nicole’s sister.

B&B fans will remember that Sasha (Felisha Cooper) did whatever she could to seduce Zende during the surrogacy. Zende finally caved and Nicole was devastated. Once Zende came to his senses, Sasha faked a pregnancy to keep him. She later revealed the truth and Zende moved forward with the right Avant. 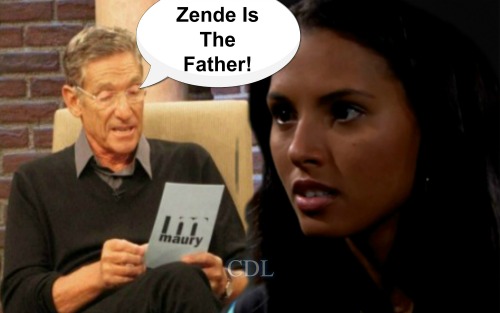 Zende is determined to marry Nicole, which means she’ll probably give in. Love can overcome a lot of obstacles, but more hurdles are always ahead. We can’t help but wonder what will get in the way this time. The Bold and the Beautiful is fond of repeating storylines, so we could be in for a somewhat familiar tale.

Let’s say Nicole decides to accept Zende’s proposal. Zende is obviously all in, so they might rush to the altar. Nicole and Zende could plan an intimate ceremony with their closest loved ones. Wouldn’t it be something if Sasha stopped the wedding with a pregnancy announcement? Zende would think it was just the same old stunt. That’s when this plot could take a new direction. This could be the real deal. Sasha might actually be carrying Zende’s baby.

The stunning development would definitely shake things up. Perhaps Zende would just stick with Nicole and offer to co-parent with Sasha. She’s not his true love and there’s no need to go down that road again.
Still, the fact that they had a child together would drive Nicole up the wall. Sasha and Zende would be tied together forever. 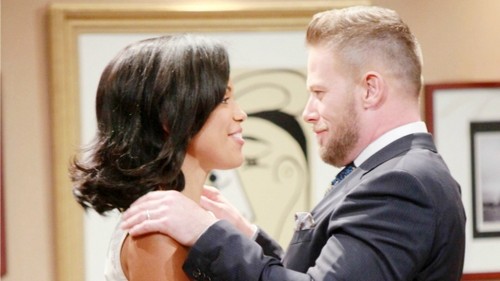 The Bold and the Beautiful has another option though. Sasha is a free spirit and she may not be ready to settle down for motherhood. However, one B&B couple would welcome a new bundle of joy.

Rick (Jacob Young) and Maya (Karla Mosley) could approach Sasha about adopting her baby. Zende might agree that Maya and Rick would be the perfect parents for this child. They would be thrilled to give Lizzy a little brother or sister.

Zende would be off the hook and Nicole wouldn’t have to worry about the surrogacy dilemma ever again. Sasha could also be redeemed a bit. This experience would undoubtedly bring her closer to Maya. These sisters could put the past behind them and begin to bond.

NEXT WEEK: Give thanks, give love, give threats ‘cause what’s a holiday without a little chaos?! #BoldandBeautiful