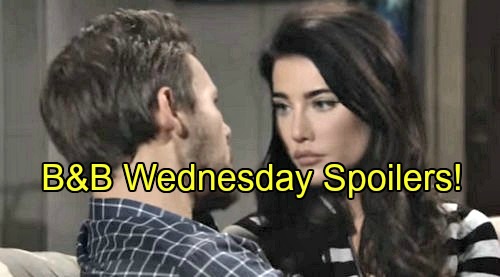 The Bold and the Beautiful (B&B) spoilers for Wednesday, October 19, tease that Ridge (Thorsten Kaye) will try to get through to Eric (John McCook). He put Quinn (Rena Sofer) in charge before his medical scare, but things have changed.

This isn’t just some hypothetical situation anymore. Quinn will actually be in charge of Forrester Creations and any major decisions that come up. 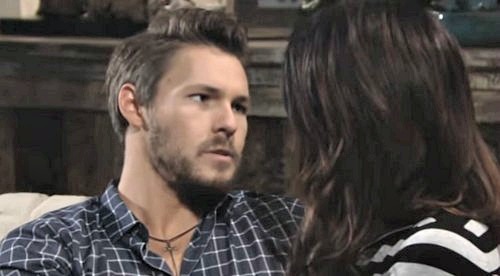 Ridge is concerned about what that could mean for his family and their legacy. The Bold and the Beautiful spoilers say Ridge will plead with Eric to reconsider. He’ll urge his father to sign the new power of attorney form and leave Forrester in truly capable hands.

Of course, Eric will shut down the suggestion. Ridge will just have to find another way to get what he wants. Later, Quinn and Ridge will spar again. They can’t be in the same room without a faceoff. Quinn will think they should try to get along, but Ridge will scoff at the idea.

Ridge thinks Quinn is a gold-digging witch and no one is going to change his mind. The Bold and the Beautiful spoilers reveal that Quinn will stand up for herself. She’ll insist that her relationship with Eric (John McCook) is solid and she’s not going anywhere. 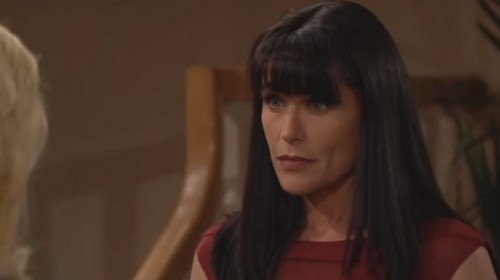 Wednesday’s B&B preview video shows Quinn saying, “I’m here, Ridge, because I love your father. We’re committed to each other. We’re making a life together.” Ridge will refuse to listen to Quinn’s speech.

He’ll vow to get rid of Quinn once and for all, but Rick (Jacob Young) won’t approve of the plan to use Brooke (Katherine Kelly Lang).

Quinn will also run into a little trouble with Pam (Alley Mills) in Wednesday’s episode. These women certainly aren’t on the same page, but Quinn will hope to change that. She’ll point out that Eric trusts her. Quinn will wish that Pam could, too. 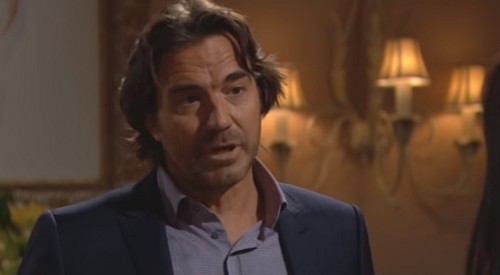 Unfortunately, it appears Pam won’t be willing to budge. Quinn will decide to keep Pam’s visits to a minimum. The Bold and the Beautiful spoilers hint that Quinn’s power trip is just beginning. She could land in hot water if she lets all of this go to her head.

Elsewhere, Liam (Scott Clifton) will try to convince Steffy (Jacqueline MacInnes Wood) that they shouldn’t have to wait on her divorce. He wants to be together and that includes time in the bedroom. Steffy wants that as well, but she doesn’t believe they should jump the gun. Wyatt (Darin Brooks) deserves some respect. 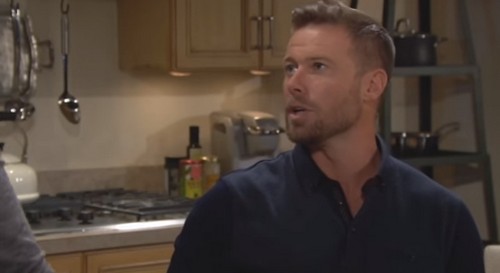 Liam will contend that Steffy left Wyatt because she wanted a different life. He won’t see the need to drag this out. Will Steffy cave in and sleep with Liam? That could cause some big problems. Steffy will soon have a chat with Wyatt to clear the air and it will lead her to a surprising decision.

When Wyatt gives Steffy an ultimatum, she’ll come crawling back to make it work. Liam is in for a real shock. We’ll pass along updates as other news emerges. Stay tuned to B&B and don’t forget to check CDL often for the latest Bold and the Beautiful spoilers, updates and news.