BY Heather Hughes on September 14, 2016 | Comments: one comment
Related : Soap Opera, Spoiler, Television, The Bold and the Beautiful 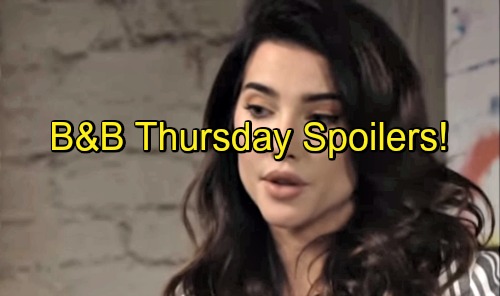 The Bold and the Beautiful (B&B) spoilers for Thursday, September 15, tease that Wyatt (Darin Brooks) will want honesty from Steffy (Jacqueline MacInnes Wood). He realizes that their relationship is in trouble thanks to Quinn (Rena Sofer), but he believes they can work through it. However, Steffy is clearly putting up a fight.

Thursday’s B&B preview video shows Wyatt saying, “If there really is no way for us to get past this, then I gotta know right now.” It seems Wyatt has finally accepted the situation. He usually rants about refusing to give up his role as Steffy’s husband. Now Wyatt’s understanding that it’s not his choice to make.

Steffy will consider her options and determine that all hope is not lost. The Bold and the Beautiful spoilers say Steffy won’t be ready to throw in the towel just yet. They may be living apart, but she’s still Mrs. Spencer. Wyatt will be glad that Steffy is committed, but what’s next for this couple?

Steffy will probably suggest that she needs to handle Quinn before they can talk about their future. Like Wyatt, Steffy has also been making some realizations. Eric (John McCook) insists that he’s going to marry Quinn and that means she could become a Forrester. Steffy might be willing to ignore that as long as Quinn loses any and all power at the company. 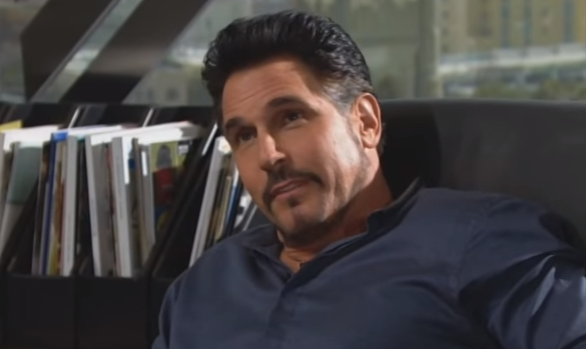 Elsewhere, Ridge (Thorsten Kaye) and Brooke (Katherine Kelly Lang) will continue to work on making that happen. Unfortunately, RJ (Anthony Turpel) won’t be pleased by their plot. He’ll flip out over the news that his mother is marrying Bill (Don Diamont).

Brooke will try to convince RJ that this is what she wants, but he won’t be so sure. The Bold and the Beautiful spoilers say RJ will plan on coming between Brooke and Bill. He’ll start by heading to Bill’s office for a confrontation later this week.

In the meantime, Ridge will try to let go of Brooke. That will likely be an impossible task. Bill will love the fact that Ridge must be so torn. There’s a lot of history between Ridge and his ex. He still has some feelings for Brooke, but he needs Bill’s shares in Forrester Creations.

There’s no outcome that will leave Ridge completely satisfied. Bill will take great pleasure in Ridge’s suffering. In the preview clip, Bill says that it has to be “killing Forrester knowing that his Logan is about to be all mine.” Brooke intends on tying the knot, but there’s a good chance this wedding will be derailed.

Bill is extremely confident that Brooke will become his wife, which is exactly why it may not transpire. B&B fans know that things tend to go wrong when characters expect life to be just peachy. Besides, Bill deserves to face some struggles after the way he treated Katie (Heather Tom).

Will Bill’s dream wedding turn into a total nightmare? We’ll give you updates as more details emerge. Stay tuned and don’t forget to check CDL often for the latest Bold and the Beautiful spoilers, updates and news.