‘The Bold and The Beautiful’ Spoilers: Week of August 8 – Katie Takes Bill to Cleaners – Eric Chooses Quinn Over Family 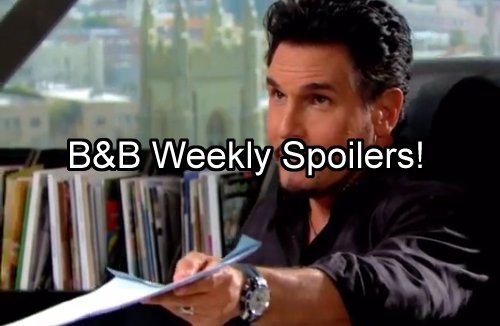 The Bold and The Beautiful (B&B) spoilers for episodes the week of Monday, August 8 thru Friday, August 12 reveal that the divorce between Katie and Bill gets nasty, Sasha is floored by her dad’s cruelty, and Wyatt and Eric both have decisions to make about Quinn.

As the week kicks off, Liam Spencer (Scott Clifton) has more to say about Quinn Fuller (Rena Sofer) and tells Steffy Forrester (Jacqueline Wood) that she shouldn’t have to deal with Quinn in her life. Steffy rages to Wyatt Spencer (Darin Brooks) and stuns him with a revelation.

Steffy snaps and says she’s done and can’t do this anymore. Wyatt promises to shut Quinn out of his life and decides to cut off all communication with Quinn to save his marriage. Will it be enough? Wyatt is desperate to keep Steffy at all costs and will kick his mom to the curb if he has to. 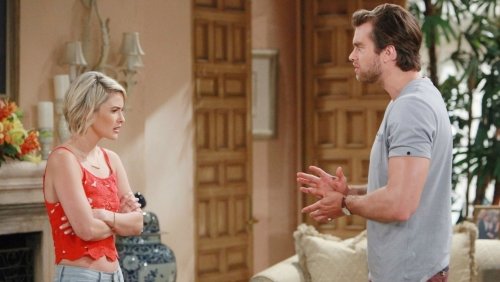 Caroline also tells Thomas that any girl would be lucky to have him. Is this the start of a Thomas-Caroline romance? Maybe not because soon another woman will come into play. Thomas will get closer with Sasha Thomas (Felisha Cooper) and Caroline is still getting over Ridge.

The Avants are all together for baby Lizzie’s christening, but as soon as it’s done, Julius Avant (Obba Bobatunde) tells Sasha that she needs to go back to Chicago. Sasha is hurt but Julius says she is not forgiven for her recent actions. 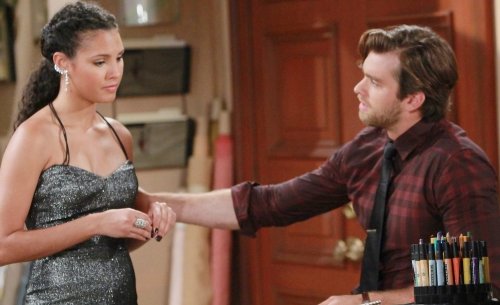 Sasha will remind her dad that his behavior isn’t above-board either and says she wants to develop a better relationship with her sisters. A very hurt Sasha bonds with Thomas who has also had issues with her father.

The Bold and The Beautiful spoilers reveal that Sasha opens up and tells Thomas the sad story of her childhood. Will Thomas kick off a romance with Sasha or Caroline? The split between Katie Logan (Heather Tom) and Bill Spencer (Don Diamont) gets increasingly bitter.

Ridge Forrester (Thorsten Kaye) is pushing on Katie to demand more from Bill and really take him to the cleaners. Bill brings in Justin Barber (Aaron Spears) to help him fend off Katie’s demands. Ridge encourages Katie to demand Bill’s shares in Forrester Creations. 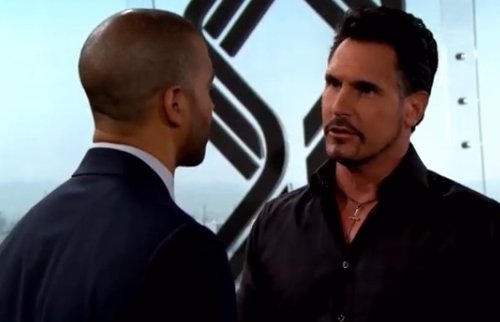 Ridge tells Katie to hold out for more and says his plan will “set her up for life.” Ridge sees Katie as an ally in his quest to take control of Forrester Creations. Ridge wants Bill out of his family business. Bill asks Brooke Logan (Katherine Lang) for a favor when it comes to Katie.

Bill hands Katie divorce papers and she gets mad and asks if he expects her to sign them today. Katie hits back and tells him she’s going to get what she’s earned. Bill just wants their marriage over because he’s still go this eye on Brooke and wants her badly.

Ridge is concerned that Quinn is taking advantage of his dad and The Bold and The Beautiful spoilers tease that Ridge confronts her when she’s back from Monte Carlo and accuses her of scamming his father. 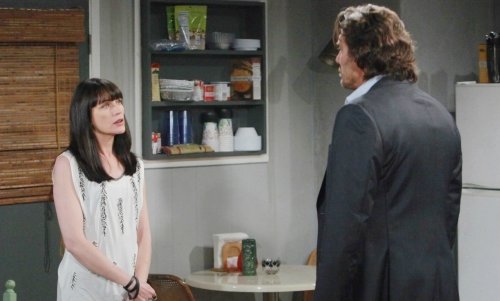 Quinn insists she cares about him. Steffy and Ridge scheme on how to get Quinn away from Eric. When Eric calls a family meeting, the Forresters are concerned another corporate shake up is coming but Eric wants to discuss his personal life.

He’s decided that he’s going to do what makes him happy – which is being with Quinn – and the family has to deal with it. B&B spoilers tease that there could be a major ruckus at the family meeting when Eric makes his announcement.

There’s lots of family drama coming on B&B episodes the week of Monday, August 8 thru Friday, August 12. Share your comments below and check back with CDL often for all the latest The Bold and The Beautiful spoilers and news.