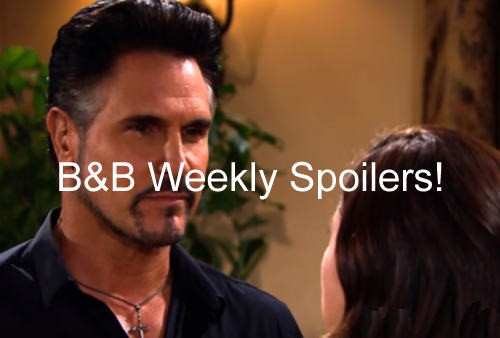 The Bold and The Beautiful (B&B) spoilers for new episodes the week of July 11 reveal that two marriages are in trouble, someone wants revenge, there’s a shakeup at the top over at Forrester Creations, and Liam and Wyatt take sides over Bill.

Katie Logan (Heather Tom) confronts Bill Spencer (Don Diamont) about his cheating and tells him he’s trashed their family. Katie dumps him and she’s already made it clear she’s going to take everything from Bill, but he’s the one who will do the taking.

Turning the tables on his wife, Bill blames Katie for their marriage disintegrating and then she falls off the wagon in a big way. As a result, Bill takes Will Spencer (Zane Achor) away from Katie because he fears for his son’s safety. Katie will flip out when she finds her son is gone. 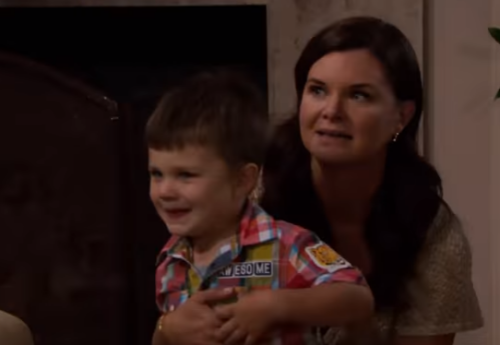 Bill’s marriage blowing up can also ruin Wyatt Spencer’s (Darin Brooks) marriage. Liam Spencer (Scott Clifton) will flat out tell his brother that he’s coming to take his wife away from him. Liam only backed off pursuing Steffy Forrester (Jacqueline Wood) because of Bill.

But The Bold and The Beautiful spoilers reveal that now that Liam knows Bill is a cheater and hypocrite, Liam thinks it’s open season on Steffy and Wyatt’s marriage. Liam already planted a smooch on Steffy and now he’ll put Wyatt on alert.

Liam will tell Wyatt that he won Steffy under shady circumstances, moved too fast with her, and their marriage isn’t legit in his eyes. Wyatt won’t like this one bit. In fact, he’s utterly stunned by his brother’s declaration of war on his marriage. 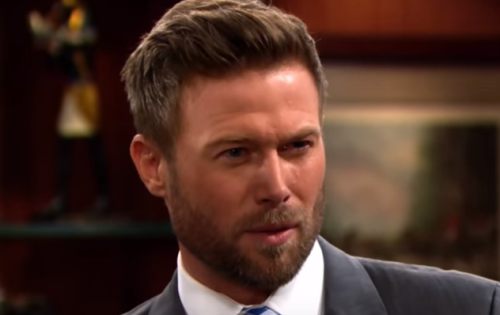 The truth finally comes out publicly about Ridge Forrester (Thorsten Kaye) not being Douglas’ father and now everyone in their family knows that Thomas Forrester (Pierson Fodé) is Caroline Spencer’s (Linsey Godfrey) baby daddy.

This stuns everyone and Rick Forrester (Jacob Young) is thrilled because he was hoping for some dirt he could use to unseat Ridge from the CEO chair and that’s exactly what he does. But if Rick thinks he’s going to be able to hop right into the seat, he’s wrong. 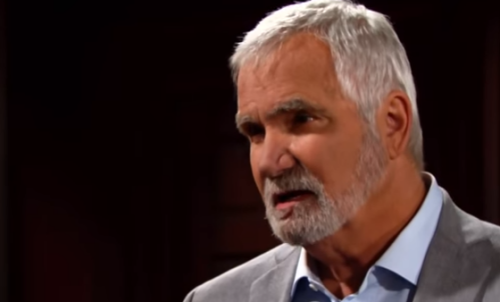 Rick and Maya Avant (Karla Mosley) celebrate their love because they feel like they’re about to get everything they want once Rick can take over the CEO position – but it may not go like they hope. Eric makes a decision and later he and Steffy have some close time together.

Liam and Wyatt will take sides in the breakup of their dad’s marriage. Liam sides with Katie while Wyatt sticks with Dollar Bill. However, Bill makes a gesture to try and smooth things over with his sons and get the Spencers united once again.

Bill invites Liam, Wyatt and Steffy to join him in Monte Carlo at the Spencer Summit to try and work out the kinks in the family. The Bold and The Beautiful spoilers reveal that other cast members will be along for the ride for the show’s seven-episode arc in Monte Carlo airing July 25 through August 8. 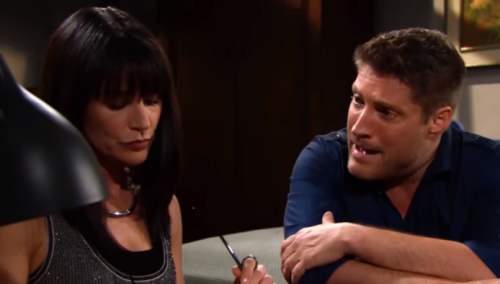 Also, Deacon Sharpe (Sean Kanan) is back and may be ready to seek revenge when he finds out Quinn Fuller (Rena Sofer) has moved on to yet another guy. Will Quinn admit to her affair with Eric? Will she tell him what she’s up to with this scheme?

Quinn isn’t happy to see Deacon at her door, but he won’t be deterred. What do you think B&B fans? Should Deacon pay Quinn back for what she did to him? Is Bill wrong to blame their split on Katie? Should Katie take Bill to the cleaners?

Share your comments below on these spoilers for the B&B episodes the week of Monday, July 11 thru Friday, July 15 and be sure to check back with CDL often for all the latest The Bold and The Beautiful spoilers and news.