‘The Bold and the Beautiful’ Spoilers: Week of October 3-7 – Tricky Alliances, Massive Betrayal and Joyful Reunion 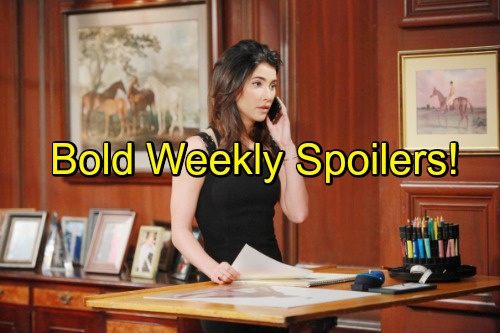 The Bold and the Beautiful (B&B) spoilers for the week of October 3-7 tease that alliances will form and secret plans will be made. Some exciting episodes are on the way as the fallout of Quinn (Rena Sofer) and Eric’s (John McCook) marriage continues. While the Forresters await Eric’s prognosis, several members of the family will stir up trouble.

Steffy (Jacqueline MacInnes Wood) will want to check the marriage license. She’ll argue that if no signatures are on it, then there’s no Quinn Forrester. Steffy will hope that they can declare this marriage invalid and keep Quinn far away from Eric’s hospital room. 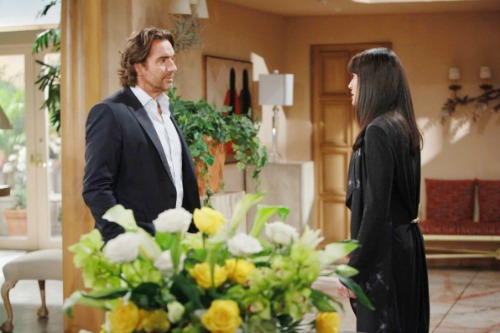 Of course, Carter’s (Lawrence Saint-Victor) findings will complicate things. Eric listed Quinn’s name on the power of attorney document. The Bold and the Beautiful spoilers say Ridge (Thorsten Kaye) will think that he can handle that with Carter’s help.

Ridge will intend on putting himself in charge, but Carter will have to stay quiet if that’s going to happen. However, Carter will be torn about disobeying the law. He’ll initially go along with the idea, but some doubts will surface later. 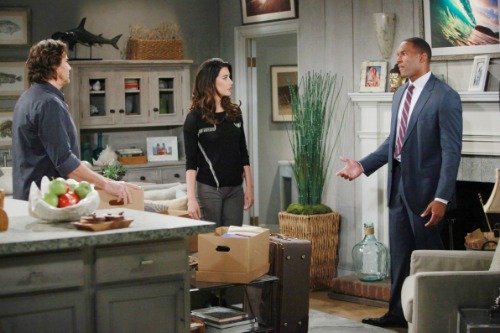 The Bold and the Beautiful spoilers state that Ridge will toss Quinn out of the mansion and insist that she needs to steer clear of his family. Quinn won’t know what to do, but Wyatt (Darin Brooks) will step up to support her. He’s tired of watching his mom get pushed around. Wyatt will suggest that enough is enough.

Wyatt could be the one to blow Ridge’s plot down the road. B&B spoilers hint that Wyatt will eventually have to make a difficult decision that involves telling the truth. Even if it costs him Steffy, Wyatt may feel like he needs to do the right thing. 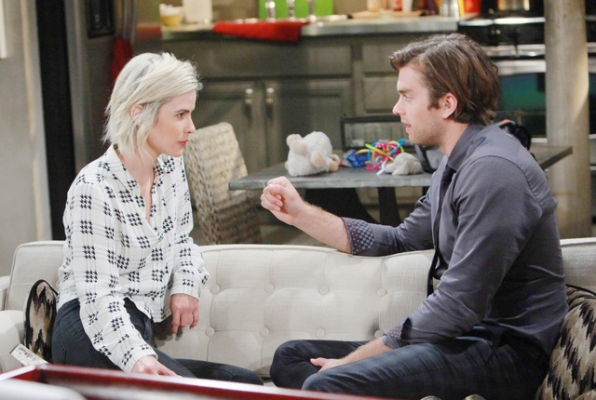 In the meantime, Caroline (Linsey Godfrey) will return to Los Angeles. Thomas (Pierson Fode) will be overjoyed when he sees Douglas. He’ll spend some time with his son in hopes of reconnecting. Will that help Thomas bond with Caroline again, too? We’ll have to wait and see, but at least they’ll have plenty to talk about.

The Bold and the Beautiful spoilers say Thomas will give Caroline updates on the current family drama and everything that led up to it. Caroline will be shocked by the crazy news. She’ll realize that this must be tough for Thomas and the rest of the Forresters. 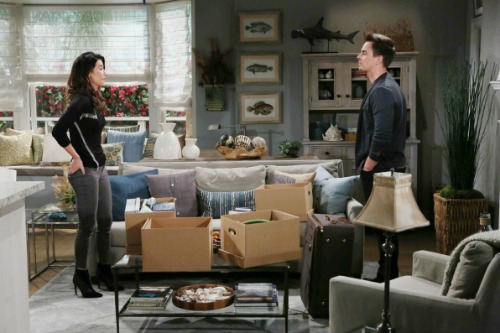 It should be interesting to see what Thomas and Caroline’s relationship looks like after her extended vacation. Elsewhere, B&B spoilers reveal that Ivy (Ashleigh Brewer) will take advantage of another opportunity to woo Liam (Scott Clifton). She’ll take Quinn’s advice and rev up her efforts to get Liam’s attention.

Will Ivy’s scheme work out or does Liam only have eyes for Steffy? What’s next for Ivy if her plan flops? It sounds like some good stuff is coming up. We’ll keep you posted as other details emerge. Stay tuned and don’t forget to check CDL often for the latest Bold and the Beautiful spoilers, updates and news.