‘The Bold and the Beautiful’ Spoilers: Week of September 5 – Battle Preparations, Fierce Faceoffs and Desperate Measures 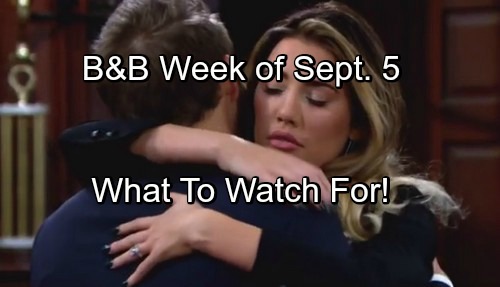 The Bold and the Beautiful (B&B) spoilers for the week of September 5-9 tease that several sneaky plans will move forward. For starters, Brooke (Katherine Kelly Lang) and Ridge’s (Thorsten Kaye) plot will head into the next phase. Accepting Bill’s (Don Diamont) proposal brings Brooke one step to getting his crucial shares at Forrester Creations.

However, Bill insisted that Brooke would have to become his wife to get them. Is there any wiggle room or will Bill stick to his policy? It’s tough to say. If Bill stands by the original deal, Brooke will have to decide if she’s willing to go through with this marriage.

The Bold and the Beautiful spoilers indicate that Ridge and Brooke will continue to grow closer. This was truly inevitable. Their current scheme requires them to spend a lot of time together. Plus, Katie (Heather Tom) is busy playing Cupid. 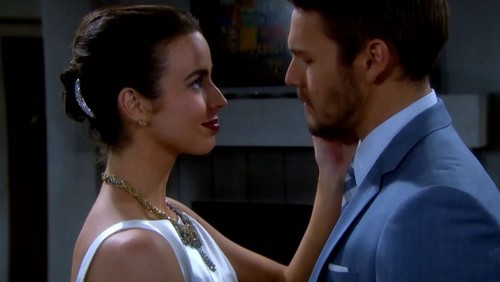 RJ (Anthony Turpel) will be home before you know it and he’ll probably join the matchmaking. You can bet that he won’t like the idea of his mother marrying Bill. RJ would much rather see his parents reunited. Be on the lookout for RJ starting September 14.

In the meantime, Ridge and Brooke will gather up the rest of their team to strategize. They’re determined to eliminate the threat Quinn (Rena Sofer) poses to the future of Forrester. Nevertheless, Quinn isn’t some weakling who will just scamper off and hide. She’ll be ready with a counterattack if need be.

Other B&B spoilers say Steffy (Jacqueline MacInnes Wood) will finally get updates on Ivy’s (Ashleigh Brewer) return to Los Angeles. Steffy will hit the roof when she realizes that Ivy is working on the jewelry line with Quinn. Little does she know that Quinn and Ivy are actually working on something much more devious. 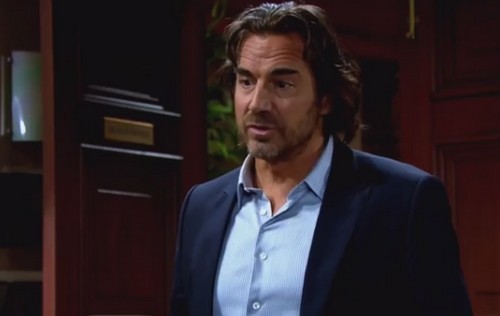 Quinn will state that Ivy needs to keep Liam’s (Scott Clifton) attention so Wyatt (Darin Brooks) will have a shot at keeping his wife. This is going to be a difficult mission, but Ivy will be up for the challenge. She really has no choice! Quinn will enjoy having a minion to boss around.

Elsewhere, Wyatt will be feeling down in the dumps. He’s tried everything to get through to his mother. Quinn won’t budge when it comes to her relationship with Eric (John McCook). Wyatt can’t talk any sense into Steffy either. He just can’t convince her that their love can overcome this.

Of course, maybe that’s because Liam seems like the one Steffy is in love with. The Bold and the Beautiful spoilers reveal that Wyatt will try a new tactic. He’ll reach out to Thomas (Pierson Fode) and hope that he can gain an ally. 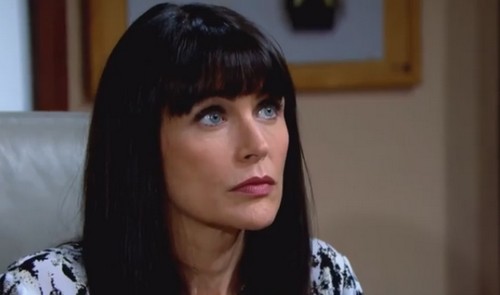 Thomas clearly has a bromance going on with Liam at the moment. He’s doing everything he can to push Steffy and Liam together. Will a conversation with Wyatt shift Thomas’ view or will he remain firmly on “Team Liam”? Stick with the CBS soap to see how Thomas will feel after their chat.

So B&B fans, what do you think about all of the action that’s coming up? We’ll keep you posted as more news emerges. Stay tuned and don’t forget to check CDL often for the latest Bold and the Beautiful spoilers, updates and news.

Looks can be deceiving this week on #BoldAndBeautiful!