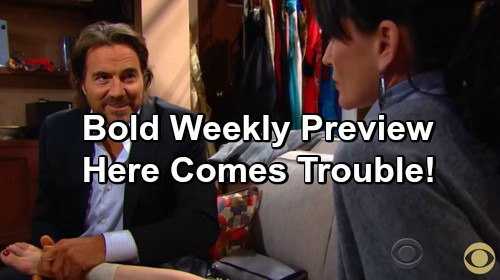 The Bold and the Beautiful (B&B) spoilers for the week of December 26-30 tease that some risky plans will move forward. Ridge (Thorsten Kaye) can’t wait to marry Brooke (Katherine Kelly Lang), but there’s another woman on his mind. Quinn (Rena Sofer) is still a threat as far as Ridge is concerned.

B&B spoilers say Ridge will decide there might be a way to get Quinn out of the family. He’ll hope to seduce Quinn and show Eric (John McCook) that her loyalty only goes so far. When Liam learns what’s up, Ridge will insist that they have to keep this quiet. He won’t want anything to get back to Quinn. 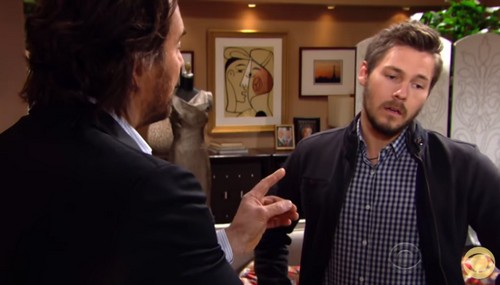 However, there could be a problem. The Bold and the Beautiful spoilers say Ivy (Ashleigh Brewer) will spot Ridge making some moves on Quinn (Rena Sofer) in the steam room. She’ll wonder what’s going on with these two. Ivy may choose to do some investigating. She’s on Quinn’s side now, so maybe she’ll have her back.

Elsewhere, Steffy (Jacqueline MacInnes Wood) will get updates on Wyatt’s business goals. He’ll suggest that he can make Steffy a star. Wyatt will believe that giving Steffy a strong media presence will be beneficial for Forrester Creations. 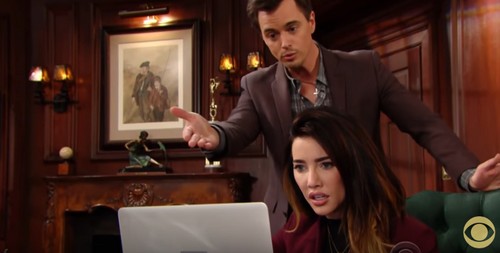 The Bold and the Beautiful spoilers reveal that Liam will disagree with his brother. They’ll get into an explosive fight about what’s best for Steffy. Later, Liam will get some terrible news. Steffy will do her best to soften the blow, but Liam still won’t like what she has to say.

Perhaps Steffy will indicate that she’s choosing Wyatt’s strategies. We also know Steffy will eventually move back in with Thomas (Pierson Fode). She just won’t feel right about shacking up with Liam when she’s still technically married. That revelation is going stun Liam when Steffy is ready to fill him in. 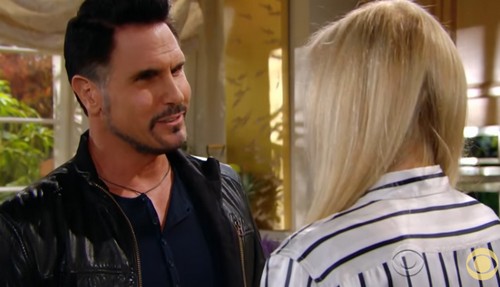 In the meantime, Bill (Don Diamont) will remind himself that all hope is not lost. He loves Brooke (Katherine Kelly Lang) and still believes they’ll be together one day. B&B spoilers state that an interesting conversation will only add to Bill’s optimism.

Bill will assure Brooke that she’ll come to her senses sooner or later. He realizes that RJ’s (Anthony Turpel) feelings played a big role in Brooke’s decision to be with Ridge. Bill just doesn’t think it’s right for Brooke to turn down what she truly wants. 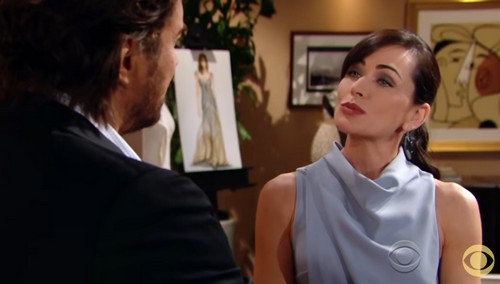 It looks like Bill will pick up on some of Brooke’s doubts. If Liam ever spills the beans about Ridge and Quinn, Bill might be able to use that to his advantage. Some exciting opportunities certainly lie ahead. Stay tuned to B&B and don’t forget to check CDL often for the latest Bold and the Beautiful spoilers, updates and news. Come and join the conversation on our Bold and Beautiful Facebook Group!