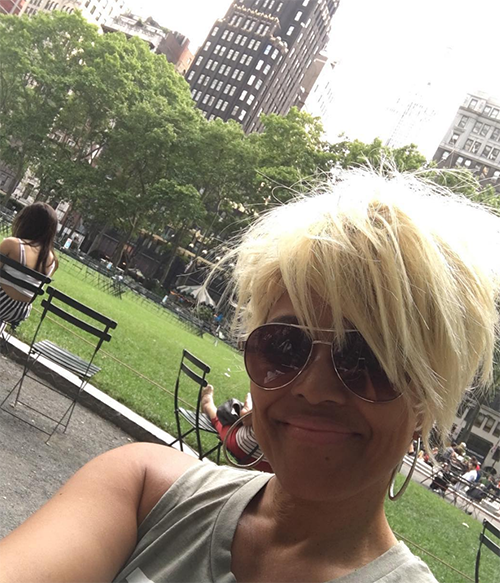 Ready for ‘The Real Housewives of Atlanta’ season 9 cast updates? NeNe Leakes’ return remains uncertain, Kim Fields will be back, and it seems as if Sheree Whitfield will return as a full-time ‘RHOA.’

Real Mr. Housewife has the exclusive details on ‘The Real Housewives of Atlanta’ season 9 casting updates as they become available. Currently, all the full-time ladies have been asked back – Kenya Moore, Phaedra Parks, Kandi Burruss, Cynthia Bailey, Kim Fields and Porsha Williams

An insider revealed to Real Mr. Housewife that Sheree Whitfield’s status is still unclear but there is hope that Sheree won’t just be a Friend of The Housewives during season 9.

Sheree’s storyline had played out by the time she left ‘The Real Housewives of Atlanta’ after season 4. But the pseudo-reunion with ex-husband Bob Whitfield could make for interesting television. And then there’s always the question of what’s going on with Chateau Sheree. Is it done yet?

Reportedly, it was touch and go with Kim Fields return to ‘The Real Housewives of Atlanta,’ but the actress and entrepreneur will be back. The other ladies may not think Kim fit in with the group but fans enjoyed the refreshing realness Kim added to the group dynamic.

Kandi Burruss and hubby Todd Tucker welcomed baby Ace in January 2016. Both Kandi and Todd have teenager daughters from previous relationships. And then there’s Mama Joyce. Kandi’s storyline has always been interesting and it appears as if it will only get more so during season 9.

NeNe Leakes, the grand dame of ‘RHOA,’ is reportedly demanding that the reported $2 million she received during season six, NeNe’s last season as a full-time ‘RHOA,’ be matched. You never know what NeNe will bring to the table, but it’s never boring.

Phaedra Parks’ storyline during season 9 will likely revolve around life as a single mother with a million jobs and her divorce from Apollo Nida who is currently serving 8 years in a Federal Correctional Institution for bank fraud and identity theft.

Kenya Moore has split from season 8 boyfriend Matt Jordan, but there could always be a new man in Kenya’s life before filming begins. Kenya’s desire to have a baby hasn’t been fulfilled and we’re sure that will continue to be a large part of Kenya’s storyline. That and Moore Manor – has construction been completed yet?

We’re not sure where TPTB plan to take Porsha Williams’ storyline. The last two seasons Porsha has been struggling to find a man, fighting with all the other ‘RHOA’ and has been engaged in two violent incidents – one involving Cynthia and a throw down with Kenya during the season 6 reunion. Porsha’s search for Mr. Right – or Mr. Right Now – will probably continue.

Cynthia Bailey and husband Peter Thomas are reportedly separated. Many sources have stated that If Cynthia hasn’t already filed for divorce the former model is very close to doing so.

‘The Real Housewives of Atlanta’ doesn’t appear to have any casting changes going into season 9. The only news fans are waiting to hear is if NeNe has definitely signed on the dotted line and what Sheree’s status is in the group.