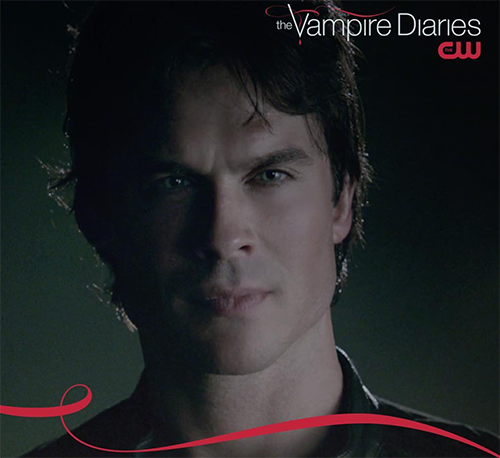 There is still no definitive answer about Nina Dobrev’s return for the final season of ‘The Vampire Diaries.’ TVD season 8 spoilers indicate that executive producer Julie Plec is quite certain Nina will be back – they’re in talks right now. Does Nina’s return – as Elena or Katherine – mean the end of the Salvatore Brothers?

How does Paul Wesley [Stefan Salvatore] think ‘The Vampire Diaries’ should end? In a recent interview with TV Guide, Wesley answered, “I really think [Stefan] should take off his [daylight] ring and die – with Damon. I think that would be the perfect ending.”

And how did Ian Somerhalder [Damon Salvatore] answer that question? “I think the boys should just jump on a plane and fly to the Caribbean and just sit on a beach all night drinking Caribbean wine. And when the sun comes up, you know, give each other a hug, take off their rings, and throw them in the water and poof!”

Wow! It appears the guys who have portrayed Damon and Stefan for eight seasons of ‘The Vampire Diaries’ are ready to kill the Salvatore Brothers off forever. If that’s Julie Plec’s plan, then we won’t see either Stefan or Damon show up in New Orleans during season 4 of ‘The Originals’ will we?

That doesn’t mean whatever doppelganger Nina Dobrev brings back to Mystic Falls will meet her end. Sure, Elena forced Katherine to take the cure and turned Katherine human before the unlucky doppelganger was entombed. But someone is in that deep dark pit and whoever it is wants revenge.

Either Elena or Katherine could make life unbearably painful for both Damon and Stefan that the brothers will be all too happy to take off those daylight rings and toss them away and end it all. Both Ian Somerhalder and Paul Wesley think that’s the way TVD series finale should go. 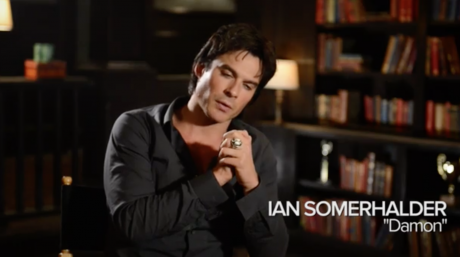 ‘The Vampire Diaries’ season 8 is only two episodes in and fans are on the edge of their seats waiting for Nina Dobrev to show up – and again, fans don’t care if Nina is Elena, Katherine, or even Tatia. After Elena or Katherine or Tatia wreaks havoc in Mystic Falls, many TVD fans would like to see Nina take the characters to New Orleans and torture the Mikaelsons during season 4 of ‘The Originals.’

What do you think of the final season of TVD? Leave your thoughts in the comments section below!

Umm, not sure if you know…But TVD S8 premiere is TONIGHT at 8/7c!