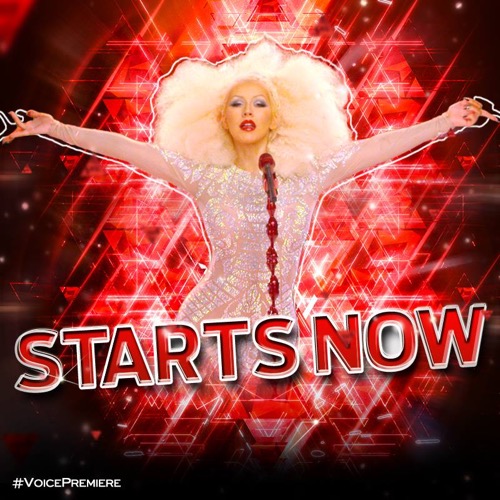 Tonight on NBC the Emmy award winning music competition The Voice continues with an all new Tuesday March 1, season 10 episode 2 called, “The Blind Auditions Premiere, Part 2,” and we have your weekly recap below. On tonight’s episode the blind auditions continue.

On the last episode, the “blind auditions” began and were held in front of a celebrity panel of musician coaches including, Christina Aguilera, Adam Levine, Blake Shelton and Pharrell Williams. The strongest vocalists from across the country compete to be selected by one of the coaches and fight for a chance to win the title of being named “The Voice.” Did you watch the last episode? If you missed it we have you covered with a full and detailed recap right here for you.

On tonight’s episode as per the NBC synopsis, “the “blind auditions” continue and are held in front of a celebrity panel of musician coaches including, Christina Aguilera, Adam Levine, Blake Shelton and Pharrell Williams. The strongest vocalists from across the country compete to be selected by one of the coaches and fight for a chance to win the title of being named “The Voice.”

Tonight’s season 10 episode 2 is going to be exciting. We’ll be blogging it right here for you. In the meantime hit up the comments section and tell us your thoughts on season 10 of The Voice.

Pharrell turns at the last minute so Joe gets all but Christina. She says he had some pitch issues and that’s why she didn’t turn. Adam says he loves his voice and just had some technical stuff he can help with. Pharrell says they can help the nerves.

Blake starts flattering him and says he likes Joe’s freaky fun hair. Joe says his 95 year old grandpa called last night so he’s choosing his favorite and goes with Pharrell. Next is Shaylah Fearing who has brought her whole family along. She does What Is Love by Veronika Bozeman.

Christina turns almost immediately. Shalyah’s sound is a lot like Christina’s. The guys don’t bother turning since they have to know Shalyah would go with her. Adam says Christina will take her to the next level and Christina says she’s so happy to have her.

Adam Wakefield from Nashville is next and he says he has a bold style and likes Southern Rock. He does Tennessee Whiskey by George Jones. Adam turns almost right away. The guy has a nice voice. Blake turns a minute later and Adam curses.

Adam says he wants him more and Christina says good speech. Blake says they need to protect country music and Blake and Adam argue. Adam W decides to go with Blake for his coach. Blake says his voice is insane and Adam W says he was hoping for Blake.

Next on #TheVoice is a contestant back from Season 9. Caroline Burns is 15 and says she’s an inch taller than last time. She says she does kids birthday parties and dresses up as a fairy. Carolina is singing So Far Away by Carol King.

Adam turns quickly. Blake turns at the very last second. Adam yells why did you turn? Adam says he remembers her and that she didn’t get any chairs last time. Adam says she’s improved leaps and bounds and is so proud of her.

Adam calls Blake ‘Johnny come lately.’ Christina says she likes her voice. Pharrell says she lifted them all. Caroline goes with Adam despite Blake’s pleas. Blake says musically it makes more sense for her to go with Adam and he’s happy for her.

Natalie Clark from Scotland is next. She’s teacher but says music is pulling her. We see a clip of when she met Richard Branson and sang for her. Tonight, he video calls in to wish her luck. She does All Right Now by Bad Company. She changes it up quite a bit but doesn’t get any chair turns.

Christina tells her she used to cover this and says she wishes she had played with it more and let her beast out. They are all very encouraging but Natalie goes out empty handed.

16 year old Emily Keener from Ohio is next and she does Goodbye Yellow Brick Road by Elton John and Blake turns right away. Christina isn’t far behind then the other two. It’s the first four chair turn of the night and her voice is enchanting. Wow she killed the EJ classic.

All four judges are on their feet for her. They are stunned she’s so young. Blake says her voice is a completely new sound. He says she’ll be great on any time but best on his. Pharrell says it was breathtaking. Christina says she’s special and says the control is there.

Blake says he’s had the most success with young people. He says they make sense and he hit his button first. Emily ponders then says it’s the hardest decision of her life. She goes with Pharrell and Christina says she’s jealous and sad and gives her a hug anyway.

Next up is a much older dude – 38 year old Laith Al-Saadi – who has been singing since he’s four and is a small-time professional musician. He does The Letter by The Box Tops. Blake and Adam have a stare down and Christina holds her hand over her button.

Blake and Adam both turn and then both are floored by his epic guitar rift at the end. Laith introduces himself and she says he can growl like a champ and says she almost pushed a couple of times. Blake says his voice is enormous.

Blake says he’s a fan of his sound. Adam says Blake can’t shred and Pharrell wants to see him play so Laith does a bit more. All the judges are on their feet when he’s done shredding. Very cool. Pharrell comes to shake his hand and bow to the master.

Adam says he considers himself a guitar player that sings and says they make sense together. Laith goes with Adam who fist pumps in glee. Christina tells Blake that had to hurt him. Adam says he’s a brilliant guitar player and like no one they’ve had before.

Next is Angie Keilhauer from Georgia who moved there from El Salvador when she was 11. She’s a cruise ship singer. She plays her guitar and sings I Hold On by Dierks Bentley. Dam and Blake have another stare down. They turn at the same time. Pharrell turns too.

Adam says she got better as it went along. Blake says she’s wild and he says it’s about damn time for someone like her in country music. Adam agrees she’s breaking the mold so she should be with him. Blake coughs and says ‘big mistake.’

Pharrell reminds her that he invited her family onstage. Time to choose and she goes with Blake. Christina took Lacy Mandigo. Pharrell got Jonathan Bach, a pop singer. Pop singer Katherine Ho went with Adam in the montage we see. Next is Theron Early from Miami and he’s been singing since five and playing piano by ear.

Next is Theron Early from Miami and he’s been singing since five and playing piano by ear. He sings at a Miami piano bar now. Theron is hoping for Blake to turn and he sings Amazed by Lonestar. He does a nice job but doesn’t get any chairs.

Christina says she and Pharrell were close and Adam says he’s not what he expected. Blake says he knows the song so well and says it’s a strong vocal. He says he was real close at the end.

Blake encourages him to ramp up his performance so it’s not on 10 the whole time. Adam says figure out how to control it more then come back and get four chairs.

Next is bar singer Kata Hay who says The Voice could change her life. She grew up in a triple wide in Oklahoma because her dad added a single wide to a double wide. She’s been singing at fairs and Opries since she was three.

Tonight she does Redneck Woman by Gretchen Wilson. All chairs but Blake turn at the last minute and she runs over at top speed to hug and kiss Adam and climbs on him. She kisses Pharrell too and hugs Christina.

Blake even gets a hug too. Adam goes on stage and imitates her running onto the stage. He says then before his chair turned he heard her coming at him. He says he likes her style. She says she sang with Blake at the Oklahoma Opry when she was three and he had a mullet.

She and Christina joke about making out and Kata runs over for a smooch. Pharrell’s mouth hangs open then he’s slapping himself. Christina says pick me and there’s more of that to come and Blake stands up clapping. Adam says it’s the Twilight Zone.

Of course, she picks Christina despite the guys’ pleas. Blake is dying laughing and Pharrell is imitating them making kissy faces.