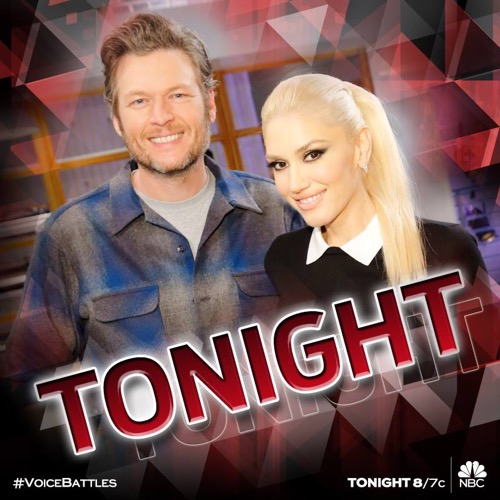 Tonight on NBC the Emmy award winning music competition The Voice 2016 Season 10 continues with an all new Tuesday March 22, season 10 episode 8 called, “The Battles Part 4,” and we have your weekly recap below. On tonight’s episode the battle round continues. The advisers are Sean “Diddy” Combs, Tori Kelly, Patti LaBelle and Gwen Stefani.

On the last episode, The “battle rounds” continued on its third partand the coaches enlist the help of the music industry’s top recording artists to offer their knowledge and skills as advisors. Lacy was almost eliminated from the competition until Blake used his save to keep. Did you watch the last episode? If you missed it we have you covered with a full and detailed recap right here for you.

On tonight’s episode as per the NBC synopsis, “The “battle rounds” continue and the coaches enlist the help of the music industry’s top recording artists to offer their knowledge and skills as advisors. Christina Aguilera teams up with Patti Labelle, Adam Levine with Tori Kelly, Blake Shelton with Gwen Stefani and Pharrell Williams with Sean “Diddy” Combs aka Puff Daddy.

In this phase, the coaches pit two of their own team members against each other in a dueling duet. After the vocal face-off, each coach must choose which artist from their team is the strongest, and has the option of stealing losing artists from an opposing coach. Each coach has two steals during the battle rounds where their artists will proceed to the knockout rounds.

Tonight’s season 10 episode 8 is going to be exciting. We’ll be blogging it right here for you. In the meantime hit up the comments section and tell us your thoughts on season 10 of The Voice.

#VoiceBattles are on their last night and Christina is the only coach with a steal left in her pocket. After this is done, we’ll have the knockouts and Miley Cyrus is the key advisor for artists in that round. The first battle of the night is Team Adam and it’s Laith Al-Saadi vs. Matt Tedder.

These two are decades different in age but both guys are committed to their musical journeys – and both are fantastic guitar players. They’re doing Honky Tonk Woman by the Rolling Stones. They meet with Adam and Tori Kelly.

They get their final notes and then the battle starts. They rock the song and Pharrell is on his feet for them at the end. Blake says it’s so different and says he likes Matt’s voice and says it sounds like someone from home then says Laith’s voice sang his face off.

Blake says for that, he’d give it to Laith. Christina says she’d choose Laith and likes the growl. Pharrell says Laith is great and Matt is a star but he would go with Laith and says it would hurt to match them. Adam chooses Laith and Matt thanks him for working with him.

Next is a Team Pharrell battle of Caity Peters vs Joe Vivona. Pharrell has them doing Billy Joel’s Honesty. Joe has nerves. Diddy tells Caity to try and make this song her own – she doesn’t really know the original so she plans to check it out. They get final notes.

Now it’s battle time. Caity’s voice is so different and Joe has a great strong growl. It’s cool. They hit a huge note together that’s amazing. Adam says they both have an original sound. He says it comes down to Pharrell’s personal preference but likes them most.

Blake says Caity and Joe both have unusual voices. Christina says she got sucked into the struggle and less of the emotions and says her choice is Caity. Pharrell says Caity’s tone was a struggle because of the song itself but she dug in and he applauds her.

Pharrell says Joe was battling some of the worst nerves he’s seen but tonight he was fearless. Pharrell says he’s proud of them both and then goes with Caity. We also see a quick snippet of Team Blake’s Gina Castanzo vs Peyton Parker with Borderline. He went with Peyton.

We then see snippets of two other battles – one was Team Christina and Ayanna Jahnee vs Joe Maye and chose Joe as the battle winner. The other was Team Adam had John Gilman vs Owen Danoff and gave the battle to Owen.

Adam is done. Pharrell is done. Christina has a steal and there is one battle pairing left and it’s Team Blake Brittany Kennell vs Trey O’Dell. They meet with Blake and Gwen Stefani and he’s chosen The Chain by Fleetwood Mac since it’s a blend of their styles.

They have notes for Brittany to smile less and get in touch with the emotion of the lyrics. They get notes and then rehearse with the band. Gwen advises them to get rid of the mic stands and get emotional. That’s it and they’re ready to battle.

Christina says Trey’s falsetto was very accurate and Brittany’s vibrato is fab and reminds her of Gwen Stefani. She says if she and Gwen had a vocal baby, it would be Brittany. Then she jokes Trey would be like a vocal baby for Adam and Blake.

Pharrell says their voices are completely different and both of them shone hard. Adam calls Brittany’s voice weird and wonderful. He says Trey seemed kind of tight while she seemed fluid and he would choose her.

Blake says they both did incredible. Blake says Trey is better than in the blinds and Brittany’s vibrato is what drew him to her voice. Blake chooses Brittany as the battle winner. Then Christina slaps her button for Trey and it’s a steal.

Next week is knockouts with Miley Cyrus guesting as the artist advisor. We see some glimpses of the knockouts performances.