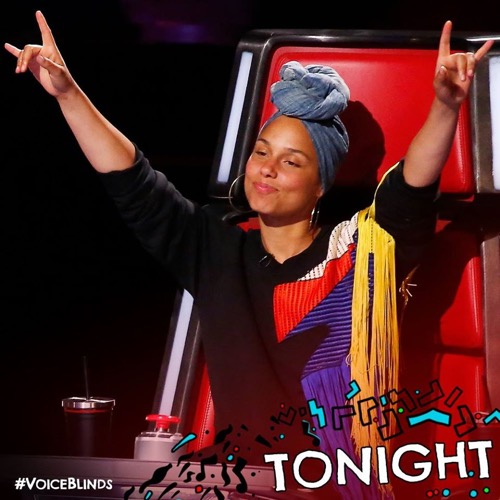 Tonight on NBC’s Emmy Award-winning musical competition The Voice airs with an all new Monday, October 4, 2016, season 11 episode 6 and we have The Voice recap right below.  On tonight’s The Voice episode, we relive the best moments of Season 11 blind auditions.

Did you watch last night’s episode with the Blind Auditions drawing to a close and spaces on their teams dwindling, the coaches faced their toughest chair turns yet. If you missed the episode and what to find out what happened we have a full and detailed The Voice recap, right here for you!

On tonight’s season 11 episode 6 of The Voice as per the NBC synopsis, “A best-of recap of the blind auditions includes previously unseen moments, plus a peek at the battle round. Also: Coaches Miley Cyrus, Alicia Keys, Adam Levine and Blake Shelton reflect on their decisions.”

#TheVoice tonight is a closer look at the teams as we head into the Battle Rounds. Adam talks about Miley being weird and wonderful and says she fights hard to get artists on her team. Alicia says Miley is caring and has so much inside of her.

Ali Caldwell is on #TeamMiley and she scored a four chair turn. Everyone wooed her but Miley won her. Maye Thomas is also with Miley as is Khaliya Kimblerie, and rocker Sophia Urista. Now we get a look at Darby Walker, also on Miley’s crew after Miley sang Jolene with her.

Single mom Sa’Rayah and Aaron Gibson signed on for Miley after she fights the good fight against the other coaches to win them. Miley has a flock of 10 ladies and 2 gents that she’s hoping to take her to a win in her first season of The Voice.

#TeamAdam is all about the win this season and he calls himself a monstrous animal who wants to win again. Miley says she loves to push his buttons and she loves sitting next to him. Alicia says Adam stands up to fight for the people he wants.

First on the team was crooner Riley Elmore. Ponciana Seoane and Brendan Fletcher also chose Adam as their coach. He also won Billy Gilman who was a kid country star and generated a four chair turn from all the coaches.

#TeamAlicia hit the ground running this year and Miley says she’d like to be coaches by Alicia. Blake says Alicia can just hit her button, turn around and win people. Adam says he’d pick her and it’s hard to fight against her for artists.

She won We’ McDonald after a four chair turn for the high schooler. Alicia makes these powerful personal connection statements and draws in artist after artist. Alicia won other four chair turns including Dave Moisan even though the guy is a Maroon 5 fan.

Gabriel Violett and Kylie Rothfield wowed the coaches and chose Alicia. She scored Whitney & Shannon, the sister duo that turned all the chairs. Alicia calls herself the queen of the four chairs and is in a good position with her balanced team of six male and six female acts.

#TeamBlake is solid again this season and he says winning artists is great because he gets to laugh at the other coaches. Alicia says he’s a snake in the grass. Miley says Blake knows everything about music. Blake says this season he’s looking for someone who transcends all genres.

Sundance Head was Blake’s first artist of the season. Blake says he’s one of the most interesting artists they’ve ever had. Teen Preston James went to Blake too as did Tarra Layne, as did R&B phenom Dana Harper. Austin Allsup rocked his way onto the team.

Coaches cavort backstage as we get a look at the coaches hanging. Alicia says she laughs so hard at Blake and Adam going at each other. Alicia says it’s like a ping pong match sitting between them. Blake says in between the auditions is funny and we see Miley showing pig pictures.

Blake talks about loving to steal people from Alicia and she calls him a stone cold killer. We see him singing Party in The USA at Miley. We also see a preview of the #BattleRounds. Alicia says this is crazy emotional. Miley says that makes her nervous and it’s getting real.

We also see that Miley brought in Joan Jett to mentor her team. Adam brought in Sammy Hagar. Alicia brought in Charlie Puth and Blake has the legendary Bette Midler mentoring his team. Next week starts the hot action.