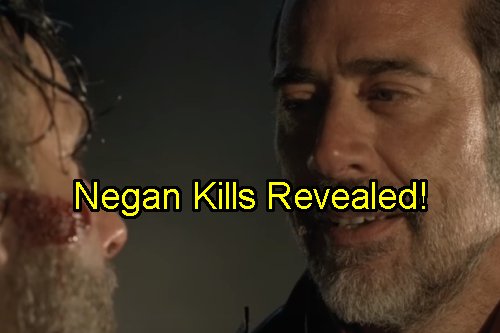 It’s time for The Walking Dead Season 7 spoilers as the new season premiere nears. At the recent DragonCon annual convention in Atlanta, CDL got some major inside info on who died at the hands of Negan (Jeffrey Dean Morgan) and his precious bat Lucille – turns out two people died, not one!

Warning: Stop reading now if you don’t want to know who died!

Both Glenn Rhee (Steven Yeun) and Abraham Ford (Michael Cudlitz) died from Negan’s vicious bat attack on the Alexandria group and here’s how it’s supposed to go down. If you read the graphic novels, you know that Glenn died at Negan’s hands in the books.

In the comics, Abraham was already dead by this point – thanks to a well-timed crossbow arrow. However, TWD showrunners gave Abraham’s comic death with an arrow through the head to Dr Denise Cloyd (Merritt Wever).

The producers also promised the Negan-Lucille scene would take a “hard left” from the comics. Here’s the hard left. Remember when Negan had the group kneeling as he paced and gave his monologue? Only one of the group was defiant – that was Abraham. 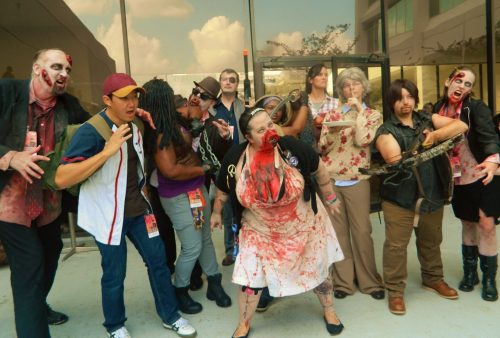 The others hung their heads, looked away, or looked scared. Carl Grimes (Chandler Riggs) was a little troublesome, but TWD fans know that Negan doesn’t kill kids. Abraham openly glared at Negan plus he’s the biggest and strongest of the group and the biggest threat.

Negan wisely takes out Abraham with the bat because he recognizes that the former soldier could cause him problems. But when he attacks and kills Abraham, Glenn snaps and will act out which was in direct defiance of Negan’s orders.

Negan will then turn his bat on Glenn and finish him off. That means the fans of The Walking Dead graphic novels will get the gruesome baseball bat death of Glenn they were hoping for but the scene differs from the books because two die instead of one.

CDL predicted this ending back as Season 6 had its grim finale and now it’s confirmed from The Walking Dead insiders. 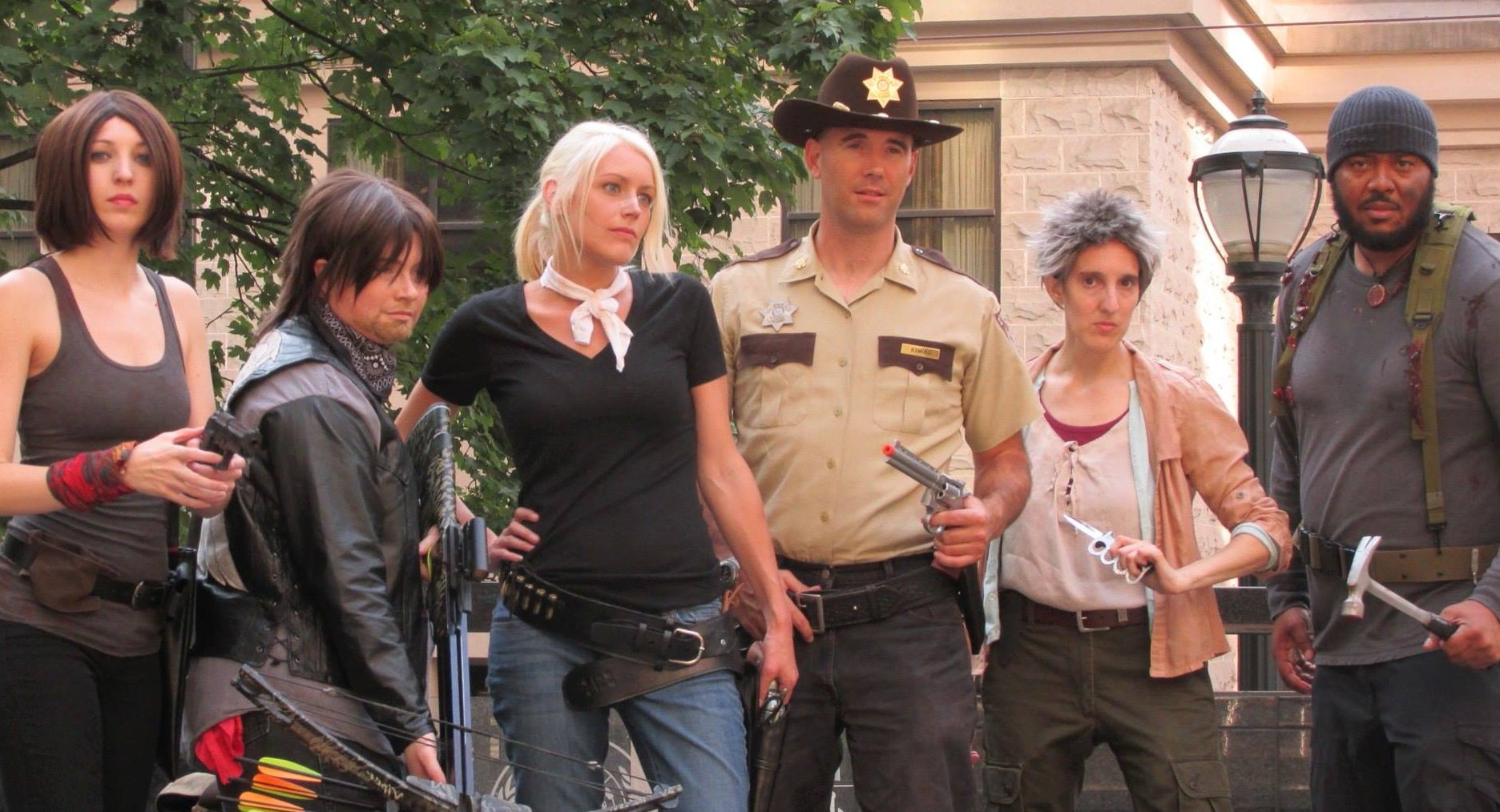 This also means that Rick Grimes (Andrew Lincoln) will lose one of his major assets that he could have used in his fight against Negan and his Saviors. The Alexandria group will be much weaker for the loss of Abraham in terms of muscle.

They will also be much weaker in terms of morals and decency for the loss of Glenn. This will leave the whole group reeling more so than if they had just lost one. It’s tragic for Glenn and Abraham to both die in terms of their personal relationships too.

Abraham just told Sasha Williams (Sonequa Martin-Green) that he was ready for them to have a life and move forward. Glenn was also ready for the next step in his marriage to Maggie Green (Lauren Cohan) with the birth of their child. Now all that hope is gone.

It’s a great start to Season 7 and we’ll have to watch as Maggie deals with the baby trauma she’s experiencing with Glenn’s death piled on top of it. Plus, as The Walking Dead season 7 spoilers indicate, Negan will continue to wreak havoc on our favorite apocalypse survivors all season long.

What do you think fans of The Walking Dead? Will you be able to handle not one, but two, horrific deaths as Season 7 kicks off in a few short weeks? Who will you miss more – Glenn or Abraham? Share your comments below on the tragedy the group faces as the new season begins.

Don’t miss out on next year’s DragonCon – memberships are on sale now for the annual Labor Day event.

Be sure to check back with CDL often for all the latest The Walking Dead spoilers, news and LIVE recaps for all of Season 7 of TWD.

Disclosure: I received complimentary tickets to Dragon Con for this post.  The opinions in this post are 100% mine.