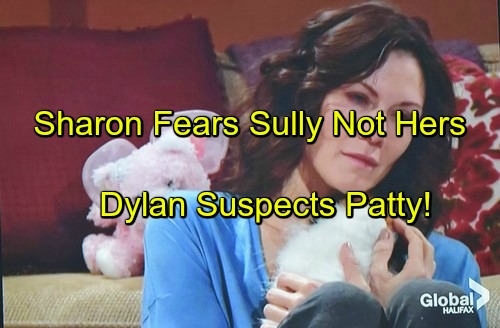 “The Young and the Restless” spoilers for Wednesday’s episode, March 23, tease that amazing revelations are on the way to Genoa City and nothing will ever be the same! First of all, Christine (Laralee Bell) will stop by the penthouse to see Adam (Justin Hartley). Adam will insist that he wants to put his old man behind bars. Victor (Eric Braeden) needs to be punished. Christine will want to make sure Adam stays committed to that fight.

A short time later, Phyllis (Gina Tognoni) will drop by with concerns. Adam will assure Phyllis that he’ll do his part to get justice. When Adam hints that Phyllis wants more than just a prison sentence for Victor, Phyllis will confess that it’s true.

She’ll say she wants to see Victor humiliated. Nothing would please Phyllis more than to watch Victor suffer.

The Young and the Restless spoilers hint that at the police station, Victor will ask Michael (Christian LeBLanc) if he’ll do everything he can to get him off. Michael will state that he always does that for his clients. As Michael leaves, Adam will pop in and urge Victor to take a plea deal.

Victor will agree, but he’ll want Adam to take over as CEO in exchange.

Meanwhile, Nick (Joshua Morrow) will urge Sage (Kelly Sullivan) to stop being so protective of Shawn (Devon Martinez). Nick will believe it’s hurting more than it’s helping. Sage will be OK with that idea. Chelsea (Melissa Claire Egan) will reiterate her offer to let Sage come on board with her company.

Sage will agree that might be a nice distraction.

Later, Nick and Sage will be surprised by Shawn’s bold move. Shawn painted the nursery without asking them. They’ll indicate that they’re upset about it and Shawn will apologize. Nick will think it’s time for some honesty. Sage will point out that she’ll try to loosen her grip.

Shawn will agree to stop being so judgmental. She’ll say that Nick and Sage are going to make great parents for her child.

Other “Young and the Restless” spoilers reveal that the Newman family will unite against Victor. Victoria (Amelia Heinle) will fear that Nikki (Melody Thomas Scott) could be the one to cave, but Nikki will claim that she’s in agreement on bringing Victor down.

She’ll mention that this puts Victoria in a tough situation. Victoria could lose her father completely once this is over.

Later, Nick and Noah (Robert Scott Adamson) will join the family meeting. Christine will be glad to hear they’re all standing strong. Afterwards, Victoria will begin to cry as she sits alone. It looks like this battle is taking a toll.

Elsewhere, Sharon (Sharon Case) will have another nightmare about Sully. When Sharon takes a blanket in her arms, she’ll find that there’s no baby.

Dylan will try to calm Sharon down, but the nightmares will create some suspicion about the day Sully was born. Dylan will pass along the news to Paul (Doug Davidson) and suggest that he feels like Patty (Stacy Haiduk) somehow fits in all of this. Paul, being the usual hapless cop that he is, won’t think there’s any truth to Dylan’s inklings.

Sharon will meet back up with Dylan to discuss her fears. She’ll think these dreams feel like a warning. It’s like the nightmares are trying to tell Sharon that Sully never existed. Dylan will believe Sharon should stop talking like that. He’ll state that their son is real and Sharon shouldn’t worry.

Unfortunately, Sharon and Dylan will soon find out that these dreams weren’t so crazy after all. Y&R viewers are getting excited about the big reveal. Stick with the CBS soap to see when they’ll get updates on Sully’s actual identity.