The Young and the Restless Spoilers: Devon Involved in Horrific Car Crash, Rushed To Hospital – Hilary in Shock 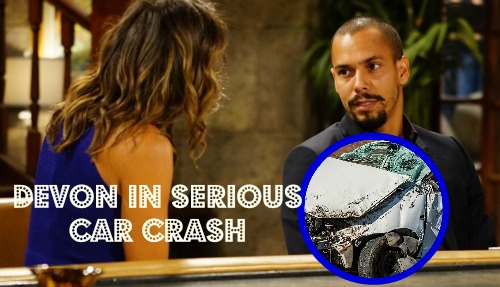 The Young and the Restless (Y&R) spoilers tease that Hilary (Mishael Morgan) and Devon (Bryton James) are about to have a string of bad luck. They were just talking about how everything was looking up, but they’re headed for some rough times. Things definitely aren’t going to be rosy over the next few months.

For starters, the gala could turn into a total disaster for Hilary. Mariah (Camryn Grimes) is out for revenge and that could lead to trouble. However, much bigger problems are in the works. Devon and Hilary’s relationship will be tested in ways they never could’ve imagined.

The Young and the Restless spoilers state that Devon will be involved in a potentially horrific car crash. There’s no word on the extent of his injuries, but there’s a good chance the situation will be serious. Devon will surely be rushed to the hospital for treatment, but Hilary won’t be in the loop at first. 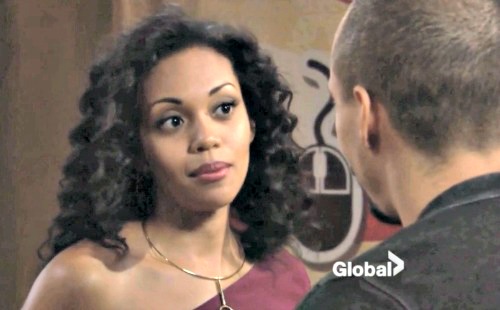 Perhaps Hilary will be off enjoying the spotlight, fighting with Mariah or both. Those seem to be Hilary’s favorite activities these days. Later, Hilary will finally get updates on the devastating news. Once she learns Devon has been hurt, she’ll immediately head to his bedside.

Y&R spoilers say Hilary will worry about Devon’s fate. We’ve been hearing about some surprising challenges that are coming up for Devon. Maybe those are tied to this storyline. If Devon’s recovery is slow, it could put a strain on his marriage. Devon could withdraw if he feels like he can’t be the husband Hilary deserves.

The Young and the Restless spoilers hint that Hilary will lean on an old flame for support. She’ll confide in Neil (Kristoff St. John) when her struggles become too much to bear. Neil is a nice guy and he’ll undoubtedly help Hilary if he can. 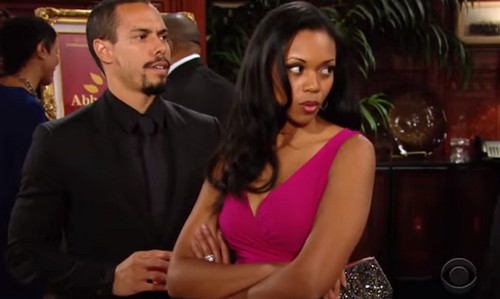 The memories of Hilary and Devon’s affair will always sting, but Neil has moved on. He’s learned to accept Hilary for who she is. Hilary and Mariah might find a way make peace as well. The difficulties Hilary faces could leave her vulnerable soon. Mariah may sense that Hilary needs a friend, not an adversary.

Even if Mariah can’t quite take that step, she could at least be a frenemy. They could call a truce for now and heat their feud back up later. Many Young and the Restless fans are enjoying their rivalry, so let’s hope they don’t drop it altogether!

It sounds like some shocking drama is coming up. We’ll keep you posted as more details emerge. Stay tuned to Y&R and don’t forget to check CDL often for the latest Young and the Restless spoilers, updates and news.

Buckle Up! Hilary is back in the driver’s seat at GC Buzz! #YR pic.twitter.com/p3GZws3M7m