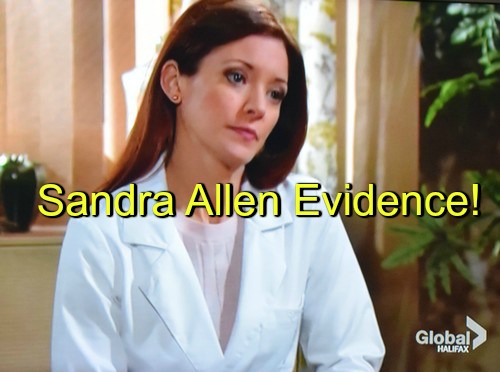 “The Young and the Restless” spoilers for Tuesday, February 2, tease that Hilary (Mishael Morgan) will open up to Neil (Kristoff St. John) about how she didn’t sign the divorce papers. Neil will ask if Hilary wants to give her marriage to Devon (Bryton James) another shot. Hilary won’t be sure, but Neil will insist that her heart will guide her.

At Top of the Tower, Jill (Jess Walton) will spot Cane (Daniel Goddard) and Michael (Christian LeBlanc) talking nearby. Jill will worry about what that might mean for Cane and Lily’s (Christel Khalil) marriage. She’ll tell Lauren (Tracey E. Bregman) and Colin (Tristan Rogers) her fears. Meanwhile, Cane will admit that he just can’t get past Lily’s cheating. Michael will talk about his journey to trusting Lauren.

Cane and Michael will join Jill’s table. She’ll point out that Billy (Jason Thompson) and Victoria (Ameila Heinle) patched things up. Cane will shut down any talk about his own relationship. Since it’s Jill and Colin’s anniversary, they’ll be planning a celebration. Jill will ask Cane to meet them at the athletic club in an hour. Once Cane departs, Jill will come up with a plan to bring Cane and Lily back together.

At the club, Devon and Lily will mull over their current predicaments. Neil will walk over just as Lily takes a call about the anniversary party. She’ll say they’re all invited. In Hilary’s suite, she’ll gaze at her wedding ring and think back on fond memories with Devon. When Devon gets a text to meet with Hilary, Neil will urge him to go.

Once Devon arrives, Hilary will announce that she remembers the love they shared and she wants another chance. Devon won’t be sure he can handle that now. Downstairs, the wedding celebration will get underway. Jill will start telling a story, but Colin will pretend to get distracted by his phone.

Jill will start ranting about how she can’t trust Colin, but Lauren will pipe up. She’ll talk about how she made progress with Michael.

Eventually, Cane will pull Lily away from the group and they’ll leave to talk somewhere more private. Jill and the others will be pleased that they pulled off the scheme. In a suite, Cane will confess that he missed Lily. She’ll reply that she missed Cane as well. They’ll strip their clothes off and make love. Meanwhile, Neil will drink by himself. This could mean bad news if Neil is falling off the wagon.

Other “Young and the Restless” spoilers reveal that Sage (Kelly Sullivan) will put on an act at Fairview. When Sage apologizes for her recent attack, Dr. Anderson (Elizabeth Bogush) won’t think it’s sincere. Dr. Anderson will say it’s best if Sage steers clear of Nick (Joshua Morrow). She’ll believe Sage should leave town once her treatment is finished. After Dr. Anderson exits, Sage will grimace.

At Crimson Lights, Nick will meet up with Faith (Alyvia Alyn Lind) and Sharon (Sharon Case). He’ll learn Sharon told Faith about Sage being sick. When questioned about Dr. Anderson’s involvement with Sage’s treatment, Nick will suggest that Dr. Anderson will be helpful. Once Nick steps away, Faith will announce that she wants to live with Sharon, Dylan (Steve Burton) and Sully.

Nick will get a call from Sage, who says she needs some time to get to the bottom of Dr. Anderson’s past. However, Sage insists that Dr. Anderson definitely wants Nick. Later, Dr. Anderson will meet with Nick and point out that she hates to see him mistreated by the women in his life. First, there was Sharon and now it’s Sage. Dr. Anderson will say she cares for Nick and she’ll give him a kiss.

Back at Fairview, Sage will rummage through Dr. Anderson’s office. She’ll come across a book called “Living with Paralysis.” This sounds like more evidence that Dr. Anderson is actually Sandra Allen (as CDL told you in October). It could be a clue about this woman’s struggles after the tragic accident.

Y&R viewers will want to stay tuned for other revelations. Stick with the CBS soap for updates on the mystery of Dr. Anderson’s past and her current motives.