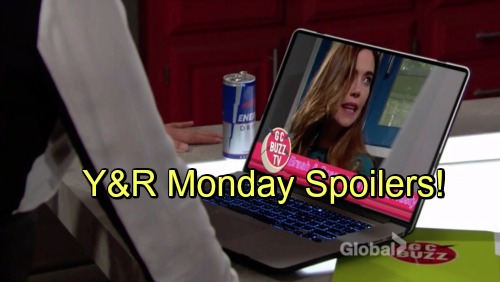 The Young and the Restless (Y&R) spoilers for Monday, October 10, tease that Jill (Jess Walton) will try to clean up one of Billy’s (Jason Thompson) messes again. It seems like Billy is constantly running into some type of problem.

Whether he’s in the hospital or handcuffs, there’s always something to cause strife for Billy’s loved ones.

This time Billy got involved in a big brawl. He’s currently sitting in a jail cell with Travis (Michael Roark), which definitely isn’t the night he had in mind. The Young and the Restless spoilers state that Jill will storm in on a mission. 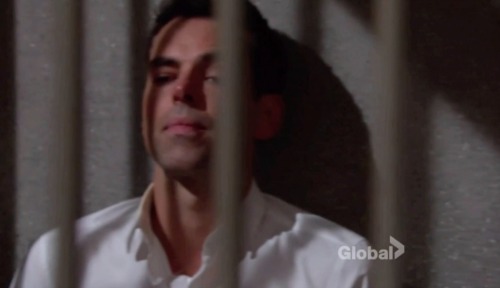 She’ll approach Paul (Doug Davidson) in hopes of fixing this for Billy.

Jill will ask what it’s going to take to make all of this disappear. Paul usually likes to go by the book, so Jill may face difficulty as she tries to get rid of Billy’s latest drama. Luckily, Y&R spoilers say this will all get sorted out soon. 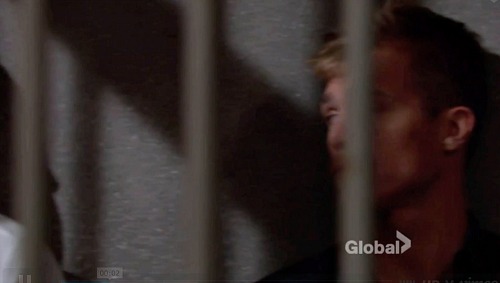 As for Victoria (Amelia Heinle), she won’t care what happens to Billy or Travis. She’ll undoubtedly think this serves them right. Since Travis and Billy have been known to spar over Victoria occasionally, she’ll guess that she was probably the source of their hostility.

In reality, an aggressive patron was responsible for instigating the conflict. Billy’s ego escalated it and Travis just got caught in the chaos. Nevertheless, Victoria will insist that she’s not getting mixed up in it. 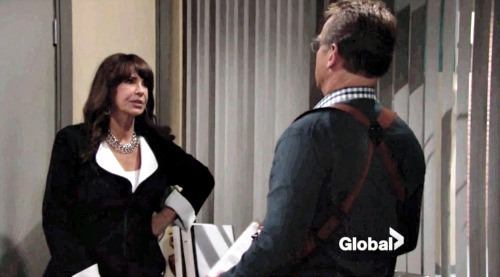 Hilary (Mishael Morgan) will realize that Victoria thinks this was about her. She’ll push Victoria to elaborate as someone secretly lifts a camera.

Victoria will be filmed saying, “As far as I’m concerned, Billy and Travis got themselves into jail. They can get themselves out.” Hilary will be ecstatic when she gets the scoop on this juicy gossip. So much for taking the high road! GC Buzz is well on its way to being the same sleazy show it was before.

Devon (Bryton James) bought GC Buzz in hopes of presenting the talk of the town with a fresh spin. He wanted to fill the public in on the scandals in a more respectful manner. He also hoped to keep their family and friends from being targeted. Hilary is already crossing lines and thinking about what will make good TV. 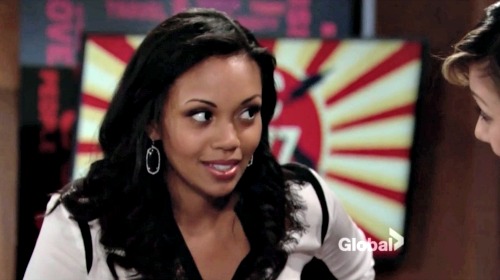 Once the footage of Victoria is aired, Hilary is going to face some backlash. Victoria will be frustrated when her outburst becomes the hot topic in Genoa City. Devon may not be too pleased with Hilary either. This wasn’t the vision they agreed on for this venture.

Unfortunately, The Young and the Restless fans know Hilary tends to do whatever she wants. Even if Devon can’t defend Hilary’s actions, he typically manages to support her somehow. We’ll give you updates as other news emerges on this plot.

“Where the kisses are hers and hers and his, Three’s Company tooooo” 🎵🎶💞#YR @EBraeden @Theehendrickson pic.twitter.com/F8AbVIOYVS