The Young and the Restless Spoilers: Humiliated Mariah Suspects Hilary to Blame, Devon Gets a Shock – Chelsea Leans on Nick

BY Marcy Cohen on December 12, 2016 | Comments: one comment
Related : Soap Opera, Spoiler, Television, The Young and the Restless 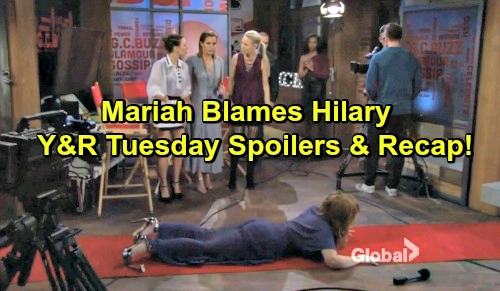 The Young and the Restless (Y&R) spoilers for Tuesday, December 13, tease that Mariah (Camryn Grimes) will face total humiliation after her epic tumble at GC Buzz. She’ll struggle to get up and close the show. Once they’re off the air, everyone will rush over to see if Mariah is OK.

Mariah will be pretty shaken up, but she’ll assure Sharon (Sharon Case) that a hospital visit isn’t necessary. She’ll just want to sulk at home. Hilary (Mishael Morgan) will argue that Devon (Bryton James) forced Mariah into this role too fast. She’ll insist that Mariah wasn’t ready for the pressure.

Mariah will pipe up that Hilary is welcome to resume her hosting duties. At Sharon’s place, Mariah will cringe over her meme-worthy antics. Her swollen face won’t help her feel any better about the situation. Faith (Alyvia Alyn Lind) will stop by to give Mariah a plate of cookies and a warm hug. 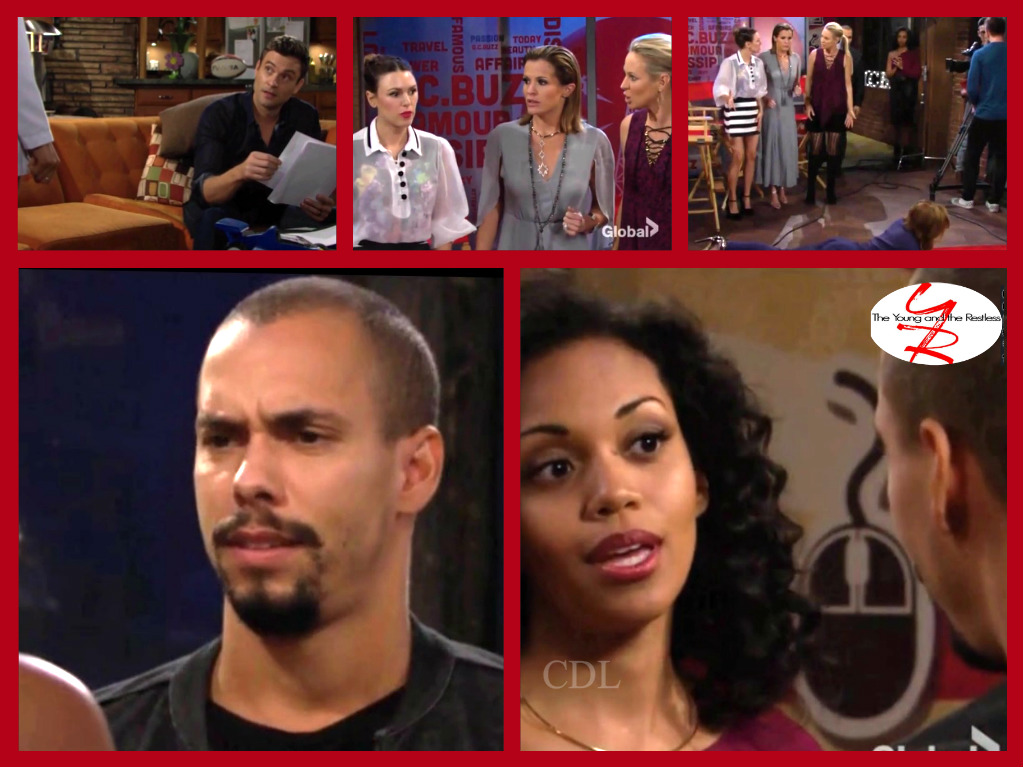 Mariah will feel like an idiot for being so clumsy, but Faith will wonder if it was really her fault. Something will click for Mariah. She’ll recall Hilary standing near her with a sneaky smile. Mariah must think that some sabotage was involved.

Other Young and the Restless spoilers say Kevin (Greg Rikaart) will console Chloe (Elizabeth Hendrickson). She’ll be worried about the negative publicity for Chelsea’s (Melissa Claire Egan) new line. Chelsea will be concerned about the same thing in her studio, but Nick (Joshua Morrow) will offer reassurance. He’ll hint that any kind of publicity can be good for business.

Nick and Chelsea will suggest that they’re grateful for each other’s friendship. They’ll embrace and Nick will head on his way. Meanwhile, Abby (Melissa Ordway) and Summer (Hunter King) will share a guilty chuckle over Mariah’s misfortune. They’ll decide to pamper themselves with a spa day. 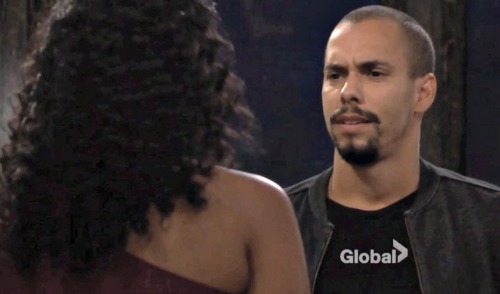 At Cane (Daniel Goddard) and Lily’s (Christel Khalil) place, he’ll talk about how great his physiotherapist is. When Cane won’t shut up about Jessie, an annoyed Lily will decide to take a shower. When Lily comes back, she’ll be wearing lingerie and a doctor’s coat. Cane will look pleased as Lily ditches the coat and notes that it’s time for his treatment.

After making love, Lily will give props to Jessie for helping Cane make progress. She’ll feel like Cane should keep at it. Back at GC Buzz, Hilary will offer to return as host on one condition. She’ll urge Devon to admit that he was wrong about hiring Mariah.

Devon will confess that maybe he was a little pushy. He’ll agree that Mariah wasn’t as prepared as he thought. Suddenly, a phone alert will come in for Devon. He’ll check it out and determine that people are going wild over Mariah’s debut.

Hilary will be appalled by the audience’s response, but Devon will think it’s awesome news. He’ll believe his host pick actually worked out. However, Y&R spoilers indicate that Devon will encounter a few more obstacles this week. Stay tuned for updates on the GC Buzz chaos.

Look what @MClaireEgan is giving out on Day 3 of our 12 Days of Christmas! #YR pic.twitter.com/eVieqPYi7l