The Young and the Restless Spoilers: Is Steve Burton Returning To General Hospital as Jason Morgan After Cryptic Tweet? 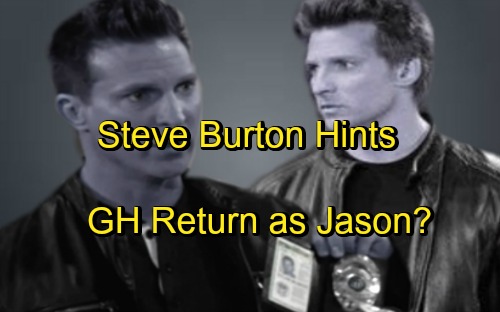 The Young and the Restless (Y&R) spoilers know that General Hospital (GH) and Y&R fans were in for a shock today over a Steve Burton Twitter post. Steve, who is finished his filming contract at CBS, hinted that he could return to GH as Jason Morgan or Y&R as Dylan McAvoy. Steve posted this on his Twitter account:

“Never say never is what I have learned, :)”

What does this mean and what is he hinting at? Steve Burton is very well-known in Daytime television, first because of his portrayal on ABC’s General Hospital, as Jason “Stone Cold” Morgan (Quartermaine), a role he originated and had played off and on from 1991 to 2012. When he announced his decision to leave GH, fans were devastated and were not sure his shoes could ever be filled. 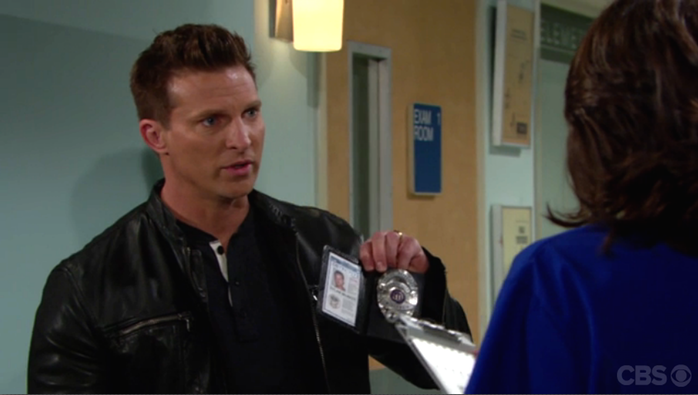 In 2013, Burton was hired at CBS’ the Young and the Restless as Dylan McAvoy, the son of core characters Paul Williams (Doug Davidson) and Nikki Newman (Melody Thomas Scott). Earlier this year, he announced that he would not be renewing his contract at Y&R and intended to focus on other things in his life.

Now that we have read his cryptic tweet, fans have to wonder: Does Steve Burton intend to return to General Hospital, or is he teasing about coming back to The Young and the Restless?

If he is coming back to GH, what does that mean for Billy Miller, who is currently playing the role of Jason Morgan? There has been a lot of speculation that Steve could be reprising the role of Jason Morgan, and Billy Miller is just an impostor Helena Cassadine (Constance Towers) planted in Port Charles to mess with Samantha McCall Morgan (Kelly Monaco). Maybe Sam should have taken Helena’s words to heart when she spoke of her being cursed! 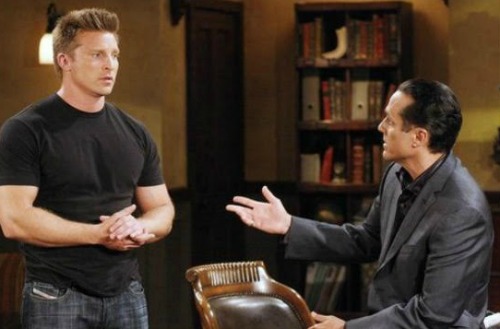 If Steve Burton was hinting about returning to Y&R, how would that all work out; is it possible his character, Dylan is leaving for a while after everything his wife, Sharon McAvoy (Sharon Case) has done to him? Fans know he suffers from PTSD (Post Traumatic Stress Disorder), maybe Dylan could no longer handle the deceptions and lies; and ends up in Fairview for a while, or like Chloe Mitchell (Elizabeth Hendrickson) he ends up in a psychiatric facility out of state.

What did you think when you read Steve Burton’s latest tweet, would you rather see him return to General Hospital or prefer for him to remain at the Young and the Restless? His hint is going to leave fans grasping for more and we promise to follow up on this story as soon as we have more details – or as soon as Steve gets an offer!

Be sure to watch CBS’ Y&R to see everything that is happening in Genoa City, and catch Steve Burton’s final days, ending in late January. Check CDL for The Young and the Restless (Y&R) spoilers and General Hospital spoilers often for all you updates and news!

Never say never is what I have learned. :) https://t.co/YLxBChRvod