The Young and the Restless Spoilers: Jack and Billy Face Off – Nikki’s Harsh Words for Sharon – Nick Crushes Dylan

BY Heather Hughes on November 22, 2016 | Comments: one comment
Related : Soap Opera, Spoiler, Television, The Young and the Restless 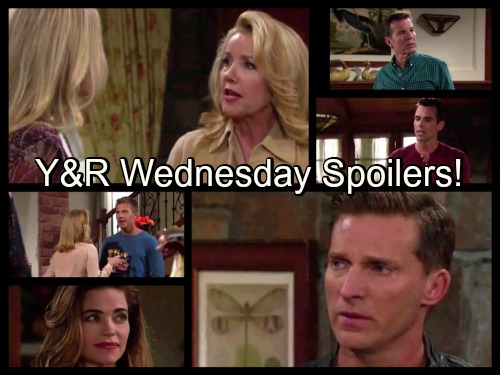 The Young and the Restless (Y&R) spoilers for Wednesday, November 23, tease that Nikki (Melody Thomas Scott) will warn Sharon (Sharon Case) to stay away from the family. She’s fed up with Sharon’s lies and she has no interest in letting this go. Nikki doesn’t want her brood to face any more pain because of Sharon. Check this out for exciting participation in the LIVE Y&R discussion on our Facebook Page!

Of course, the Sully secret is out and Sharon is trying to cope with the consequences. She’s working toward redemption, but Nikki doesn’t care. She’ll probably always be a little bitter about Sharon’s latest stunt.

After the backlash Sharon faced at Christian’s birthday party, it’s a good idea to steer clear of the ranch. The Young and the Restless spoilers say Dylan (Steve Burton) will stand by Sharon. He’s attempting to push past the disloyalty and move on. Since Sharon can’t come to the get-together, Dylan won’t want to go either. 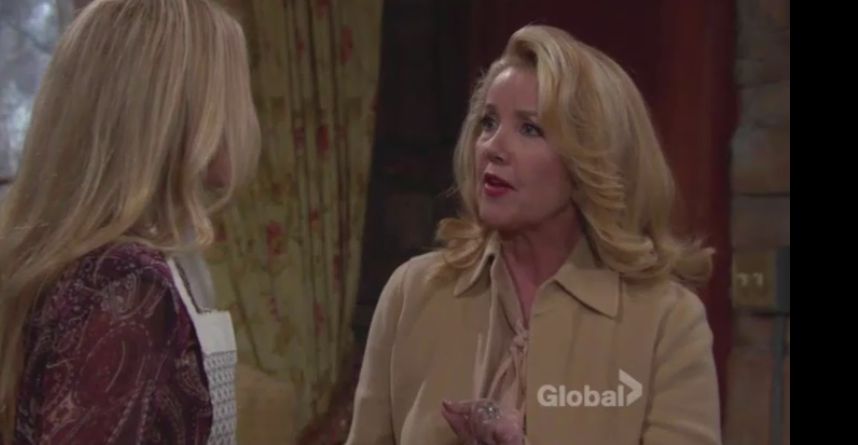 Fortunately, Dylan and Sharon won’t be alone on this holiday. They’ll accept an invitation to Chloe’s (Elizabeth Hendrickson) gathering. She’ll be having several loved ones over, so Sharon and Dylan might as well join in.

Sadly, Nick’s (Joshua Morrow) attitude will put a damper on their fun. An interaction just before the event will put Dylan in a sour mood. Elsewhere, Victoria (Amelia Heinle) will be in a better frame of mind. It seems Abby (Melissa Ordway) will offer some reassurance about the future.

Abby will suggest that maybe a happy ending is just a leap of faith away. Victoria will flash a slight smile as she gazes at Travis (Michael Roark). Is Victoria starting to see Travis as husband material? She has some doubts, but she may think Travis has potential.

However, Travis and Victoria’s love story isn’t going to end on a joyful note. A secret is threatening their relationship and Victoria will likely learn the truth soon enough. Travis hasn’t been completely honest about his reconnection with Michelle (Kelly Frye). 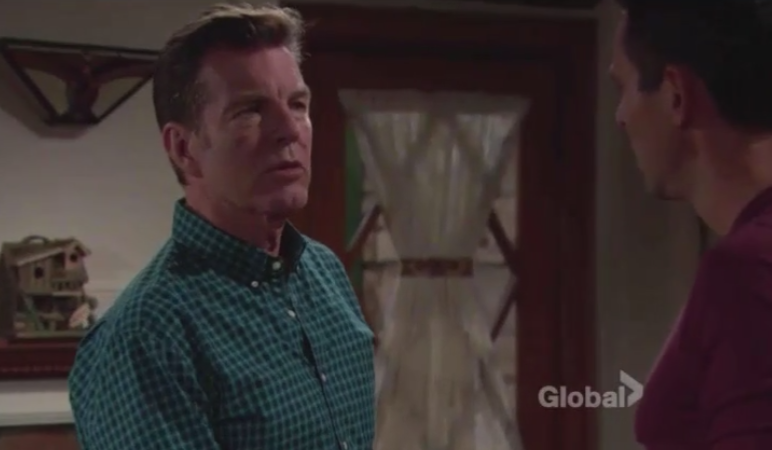 Billy (Jason Thompson) knows the truth and he may let something slip down the road. Speaking of Billy, he’ll have a heated confrontation with Jack (Peter Bergman) in Wednesday’s Y&R episode. Things have been tense for these brothers and it appears the strife is about to get even worse.

The Young and the Restless spoilers say Billy will try to make peace with Jack at the cabin, but he’ll definitely face an uphill battle. Jack will lash out at Billy and badmouth Phyllis (Gina Tognoni) for her betrayal. Billy will insist that Phyllis would do anything to make it up to Jack. He’ll point out how hard she’s working to win back Jack’s trust.

The Y&R preview clip shows Jack asking, “Was she telling you how much she loved me when she was naked with you on this sofa?” It looks like Jack isn’t ready to forgive Billy or Phyllis yet. We’ll give you updates as other news comes in. Stay tuned and don’t forget to check CDL often for the latest Young and the Restless spoilers, updates and news.